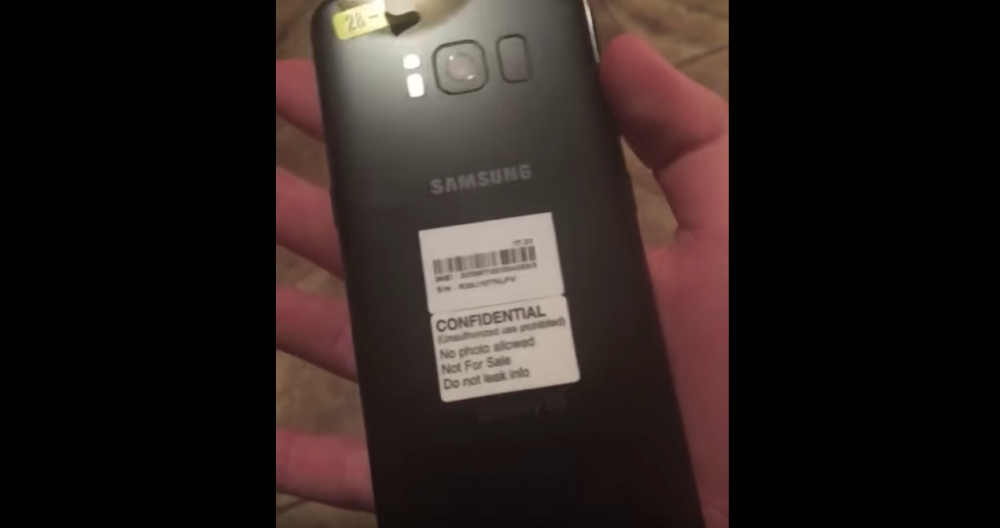 The Samsung Galaxy S8 leaks have basically turned into a pour at this point, and the latest addition to the collection is a new video showing both the front and back and phone — and a look at the “Do not leak info” sticker on the back…

The video isn’t really much new, since we already saw a video of a working Samsung Galaxy S8 unit late last month. We also saw a legit-looking press render of the phone last week, leaving not much to the imagination. It is interesting to see yet another look at the phone from new angles, however, and this video clearly shows just how attractive the almost-bezel-less front is going to be.

The Samsung Galaxy S8 and S8+ have basically leaked in full at this point. Both phones are expected to have very small bezels compared to their predecessors, and large displays to match. We saw some official-looking spec sheets for both devices recently, showing that both will be packing top-of-the-line specs (as to be expected), including the Qualcomm’s Snapdragon 835 chip.

In this video, we also get a clear look at the “confidential” sticker, which hilariously says “No photo allowed”. Check out the video below:

Samsung posted its first teaser video for the phone last week, confirming its forthcoming March 29th launch event. We’ll keep you in the loop as more Galaxy S8 leaks hit the web in the leadup to the event in NYC on March 29th.