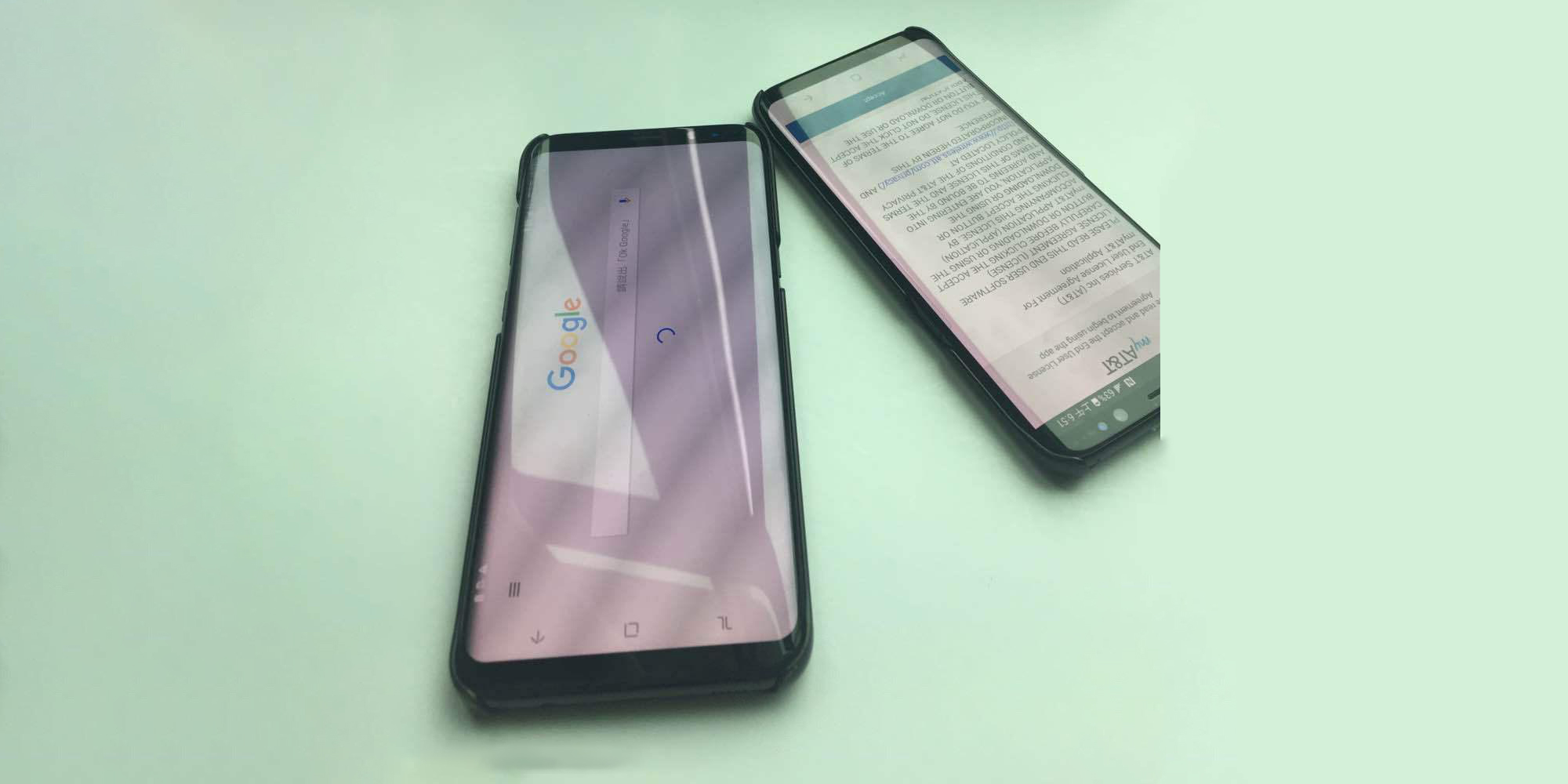 You’ve seen it, you’ve heard its specs, you know it’s coming (and when); and, yet, you have never quite had a look at it in this way. Almost all at once, not one but two videos of Samsung‘s upcoming Galaxy S8 emerged, and with them a somewhat clean shot (via Slash Leaks) of a working unit…

There is not much to say, really; both clips are very short, and mainly make us appreciate the phone’s gorgeous design. Its sinuous curves wrap the massive curved display nicely, while unfortunately the black models in the first video don’t show us the back, as both phones are inside cases. We can appreciate the non-insignificant difference between the base model and the S8 Plus, however.

The white version of the second clip, instead, makes us peek at the top’s super-small-yet-super-busy bezel, where all sorts of sensors (including, seemingly, an iris scanner) rest. Both videos, however, confirm that the phone will ditch hardware and capacitive keys for good, and use a more streamlined software navigation bar instead.

However, while the “back” and “home” button are a given, the third key on the right does not immediately scream “recent apps’ tray” to me. The symbol could vaguely represent two apps in split-screen mode, so multitasking, but it may as well be a shortcut for its much-talked-about Bixby AI assistant. We’ll see.

For now, just enjoy the phone and drop us a comment down below. Are you excited and desperately waiting for this device to hit the market? Let us know.