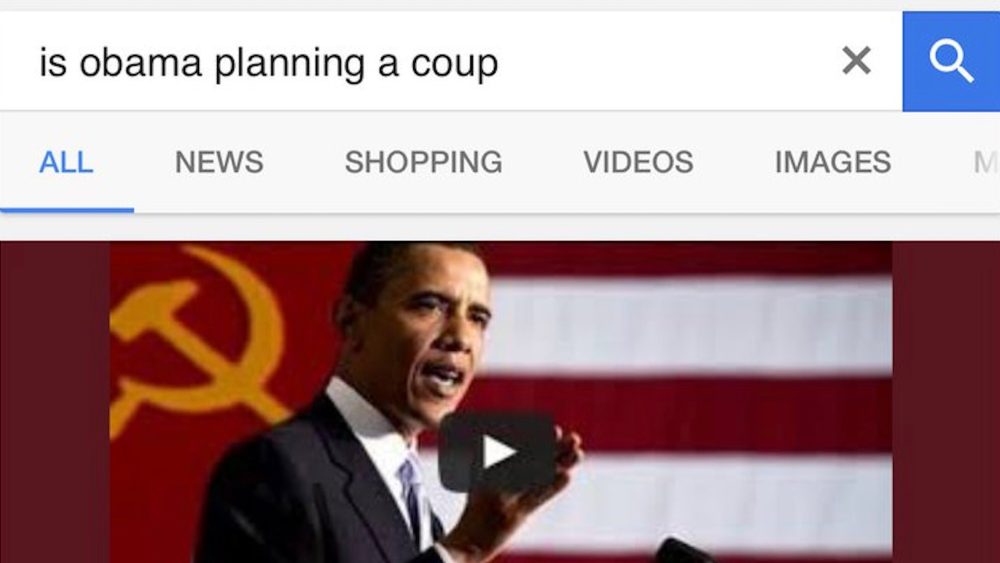 Google today is taking heat for displaying a hoax news story in response to a query relating to whether or not former President Obama is planning a coup. The flaw was first noted by Danny Sullivan of SearchEngineLand.

As you can see in the screenshot below, Google presented a “Featured Snippet” from a website called Secrets of the Fed that read:

“According to details exploded in Western Center for Journalism’s exclusive video, not only could Obama be in bed with the communist Chinese, but Obama by in fact be planing a coup d-etat at the end of his term in 2016!”

One of the biggest problems with this is that Featured Snippets are used in response to questions asked to Google’s virtual assistant, Google Home. Google Home doesn’t cite a source when it gives an answer and thus if you were to ask it if Obama was planning a coup, you’d receive the hoax answer without attribution. View it in action below:

And here's what happens if you ask Google Home "is Obama planning a coup?" pic.twitter.com/MzmZqGOOal

Google has since resolved the fake Featured Snippet and issued the following statement to Recode on the matter:

Featured Snippets in Search provide an automatic and algorithmic match to a given search query, and the content comes from third-party sites. Unfortunately, there are instances when we feature a site with inappropriate or misleading content.

When we are alerted to a Featured Snippet that violates our policies, we work quickly to remove them, which we have done in this instance. We apologize for any offense this may have caused.

Google has been working to combat fake news and has restricted less-than-realiable sources from using ads. Nevertheless, not every algorithm is perfect.

If you're wondering if Obama is planning a coup, Google's "one true answer" is yes. FFS. pic.twitter.com/pFr7omJttU