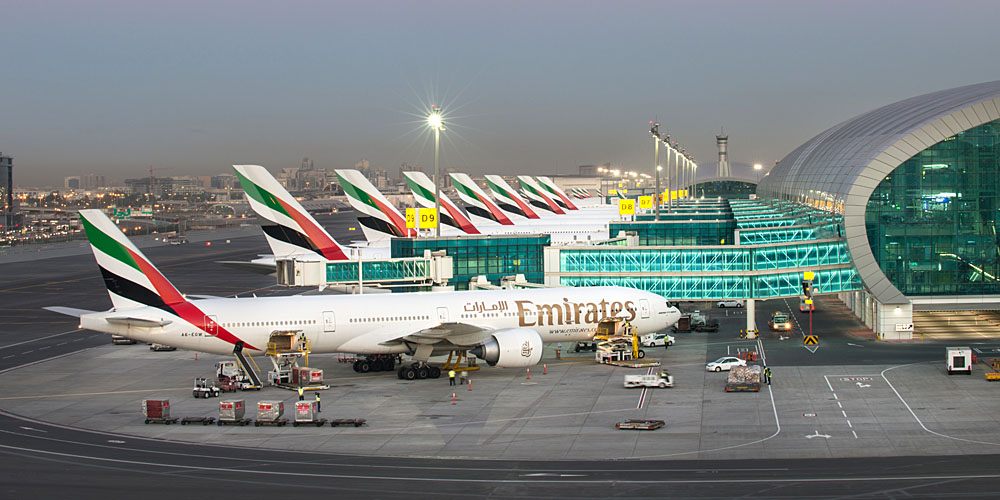 Dubai International is one of the airports affected by the ban

The U.S. government has announced a ban on carrying tablets, laptops and other ‘large electronic devices’ in cabin baggage on flights to the USA from 10 airports. The measure is said to be in response to intelligence on terrorism threats from eight countries, mostly Middle Eastern and North African, reports the BBC.

The measure will affect nine airlines operating out of 10 airports. Large electronic devices will only be allowed on board in checked baggage. Phones are exempt from the new rules.

Among the airports affected are major business destinations.

The plan has reportedly been under consideration for several weeks following an explosion caused by a laptop bomb on board a flight from Somalia. The incident happened last month.

In February 2016 an aircraft operated by the Dubai-based carrier Daallo was damaged by an explosion shortly after take-off from the Somali capital, Mogadishu. Investigators said a passenger who was sucked out of the plane had been carrying a laptop bomb. The pilot managed to land and the alleged bomber was the only fatality.

Airlines were notified at 7am today, and have been given 96 hours to implement the ban.