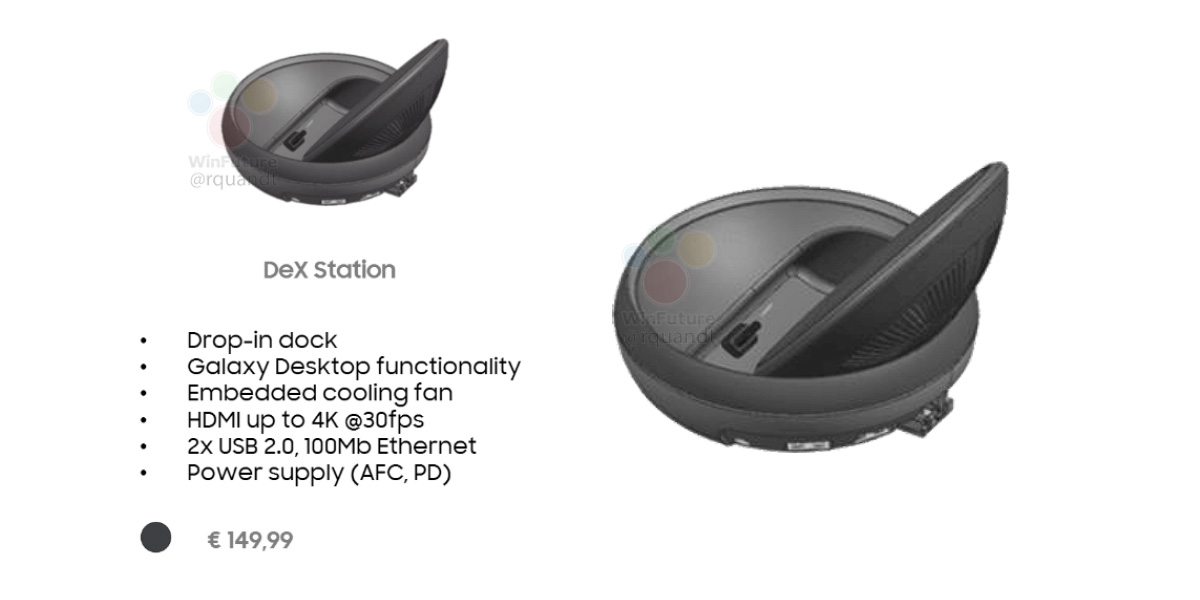 As the event closes in, Samsung Galaxy S8 leaks haven’t slowed down one bit. This morning, we’re getting a new look at one of the phone’s accessories, the DeX HDMI dock. As shown in previous leaks, this dock is designed to take advantage of the phone’s power and turn it into a lightweight PC, similar to Microsoft’s Continuum on Windows 10.

This foldable dock has a USB-C port up top to house the Galaxy S8 itself, backed up by USB-C in for power, an HDMI port for sending content up to a monitor or TV, two full-size USB 2.0 ports, Ethernet, and a fan to keep the phone cool under the intense workload.

According to the leaked image obtained by WinFuture, the dock is capable of outputting 4K at 30fps, an impressive feat considering this is all powered by a smartphone. Apparently, the dock will also trigger a desktop-friendly UI when hooked up to a display which is called “Samsung Galaxy Desktop.” As seen in previous leaks, the price on this model will also apparently land at €149.

Along with that, Evan Blass has come out with yet another new set of images of the Galaxy S8, this time giving us a look from a couple of different angles as well as showing off the Orchid Grey color for the first time.

…and finally: Samsung Galaxy S8 and S8 Plus (left to right) in Black Sky, Orchid Grey, and Arctic Silver (top to bottom). pic.twitter.com/pIUJskyFbK