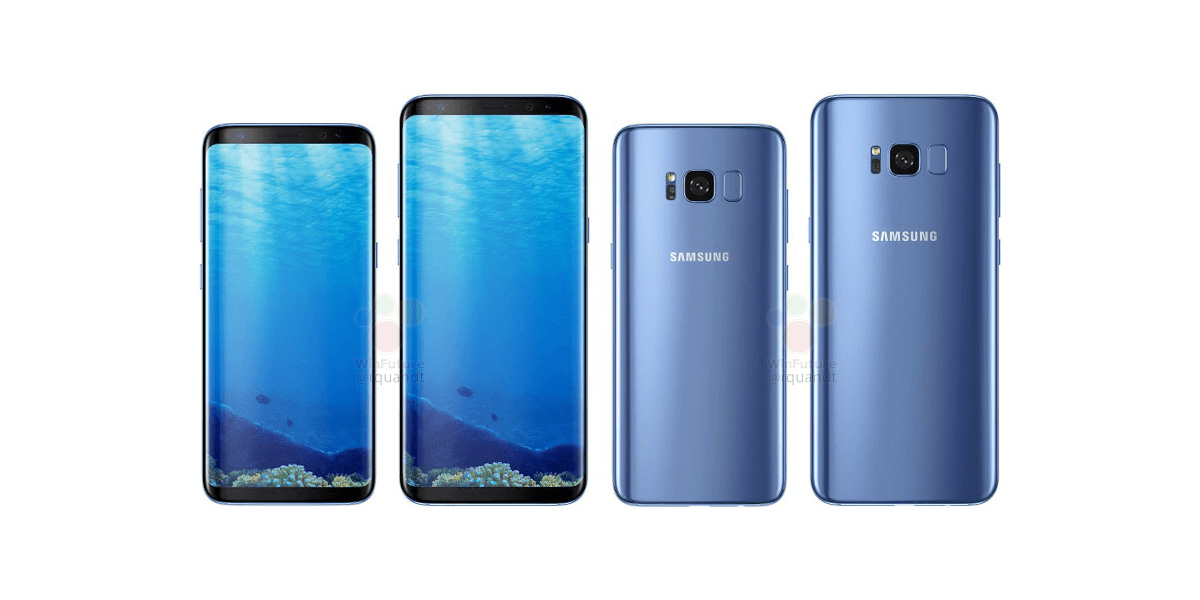 We’re just days away from Samsung’s official launch of the Galaxy S8, and in the past day or so, the dripping faucet of leaks has turned into a constant stream with new hands-on images, renders, pricing details, and even videos leaked…

First and foremost, we have several new, hands-on images of the Galaxy S8+ courtesy of AndroidMX (since retracted via Samsung request). The new shots show off a variant fo the phone destined for Mexico and give us a clear look at Samsung’s software, some of the various features, and a look at the camera interface. In the settings, we can see that Samsung hasn’t changed much compared to the Galaxy S7 on Android Nougat, but it definitely seems like the launcher has been revamped and, of course, there are the on-screen buttons with their unique design.

These images also reveal some new details regarding the camera, one of which is the quick access shortcut by pressing the power button twice. We’ve seen this before on Google’s devices, but it makes sense that Samsung would implement this same method given the fact that the home button has been removed. In the camera UI, we also get a glimpse at the yellow Bixby button which was previously reported on. Apparently, that button will enable Samsung’s digital assistant to identify objects in the real world, similar to Amazon’s Fire Phone.

Along with that, we also get a new video from China showing off a dummy unit of the Galaxy S8 next to the Galaxy S7 Edge and iPhone 7, and the Galaxy S8+ up against Apple’s iPhone 7 Plus.

Lastly, we have the mother of all S8 leaks from WinFuture. The outlet has previously revealed some information about the phone, but in its latest report, it has surfaced several new press images of the device in multiple colors, as well as confirming some specifications and more. First, let’s take a look at some of these new images. As you can see below, these new images show us the phone in the previously leaked blue color, as well as showing off some new angles of the black, silver, and orchid gray colors, the latter of which also features a slight purple tint on the metal frame. 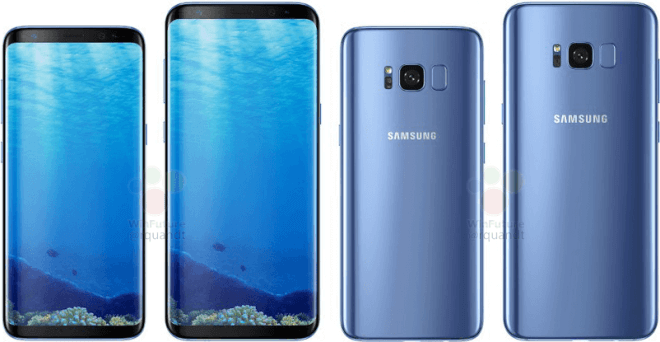 The article further details some of the specifications for the upcoming device. First, we get further confirmation on the 5.8-inch and 6.2-inch displays on the Galaxy S8 and Galaxy S8 Plus respectively, as well as the 2960×1440 resolution.

Samsung’s 12MP rear camera is also confirmed with OIS, f/1.7 aperture, phase detection, and laser autofocus as well. On the front, there will be an 8MP sensor which has the same f/1.7 aperture, with the addition of an iris scanner alongside it. Another image shows off that scanner in action, and this time it appears to be in full-color versus the black and white version which debuted in the Galaxy Note 7. 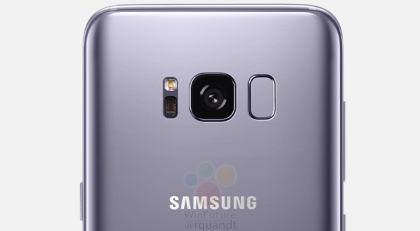 Of course, the Galaxy S8 will also be IP68 rated against water and dust, with 64GB of storage in the European model and a microSD card slot as well. The European model will also apparently be powered by Samsung’s in-house Exynos 8895 octa-core chipset with other models being powered by the Snapdragon 835. Samsung is also packing a 3,000 mAh battery into the S8 and a 3,500 mAh battery in the S8+ with the phones coming in at about 8mm in thickness with the smaller S8 weighing in at 151 grams. Both phones will also offer USB-C and a headphone jack.

Lastly, the article goes over a new program from Samsung called “Guard S8.” This appears to be a protection plan for the Galaxy S8 which offers up a one-time screen replacement and “remote support” similar to that of what Google offers on the Pixel. It’s unclear if this will be included with the phone, or if it will be an add-on like AppleCare.