Hands on with the Samsung Galaxy S8 and Galaxy S8+ [Video] 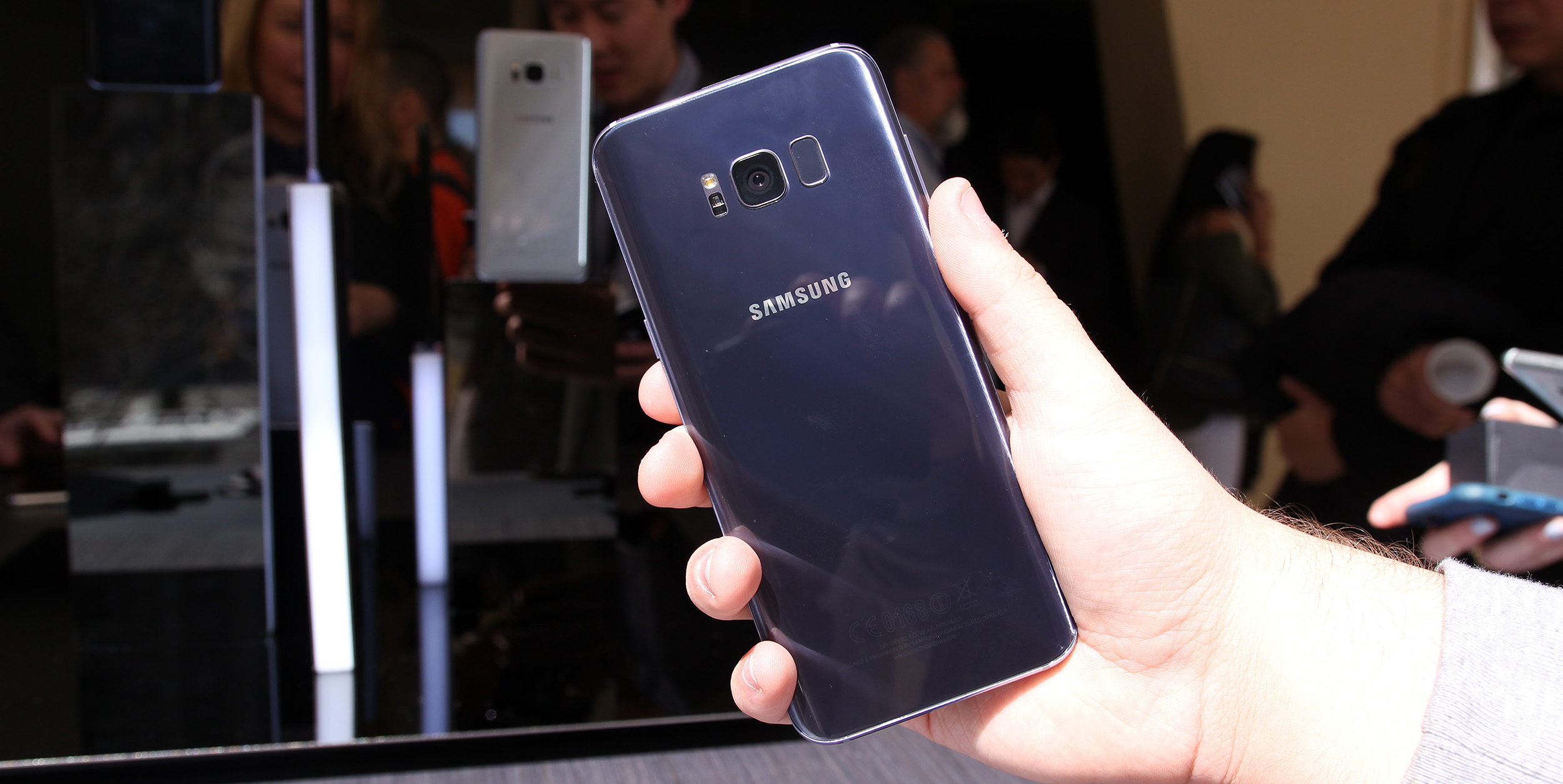 So, first things first, I have to start with the display which Samsung has dubbed the “Infinity Display.” Like the name suggests, there are practically no bezels on this phone, especially along the sides. The top and bottom have been trimmed significantly as well, and in person, it’s stunning.

What surprised me, though, is that the lack of bezel didn’t really affect my handling of the phone. I could still very easily handle everything I needed to and, despite the metal and glass sandwich build, I didn’t find the grip to be an issue when moving the phone around in my hand.

The build itself is also solid, as Samsung’s past few flagships have been. The biggest difference here are the colors. At launch, the S8 will be available in 5 colors in the US — Black, Silver, Gold, Orchid Gray, and Coral Blue. What I especially love about Samsung’s take on the colors of the S8 is that each one offers a slightly stronger version of that color on the metal frame instead of putting that around the display (which was a very smart move).

The new Infinity Display also makes some major changes to design for Samsung as, for the first time in a long time, Samsung now has on-screen navigation buttons with a funky look. Personally I’m a fan of this move, but obviously, some will be a little sore over the lack of a button and the move to place the fingerprint sensor on the rear. To counteract the latter, Samsung has added iris scanning. 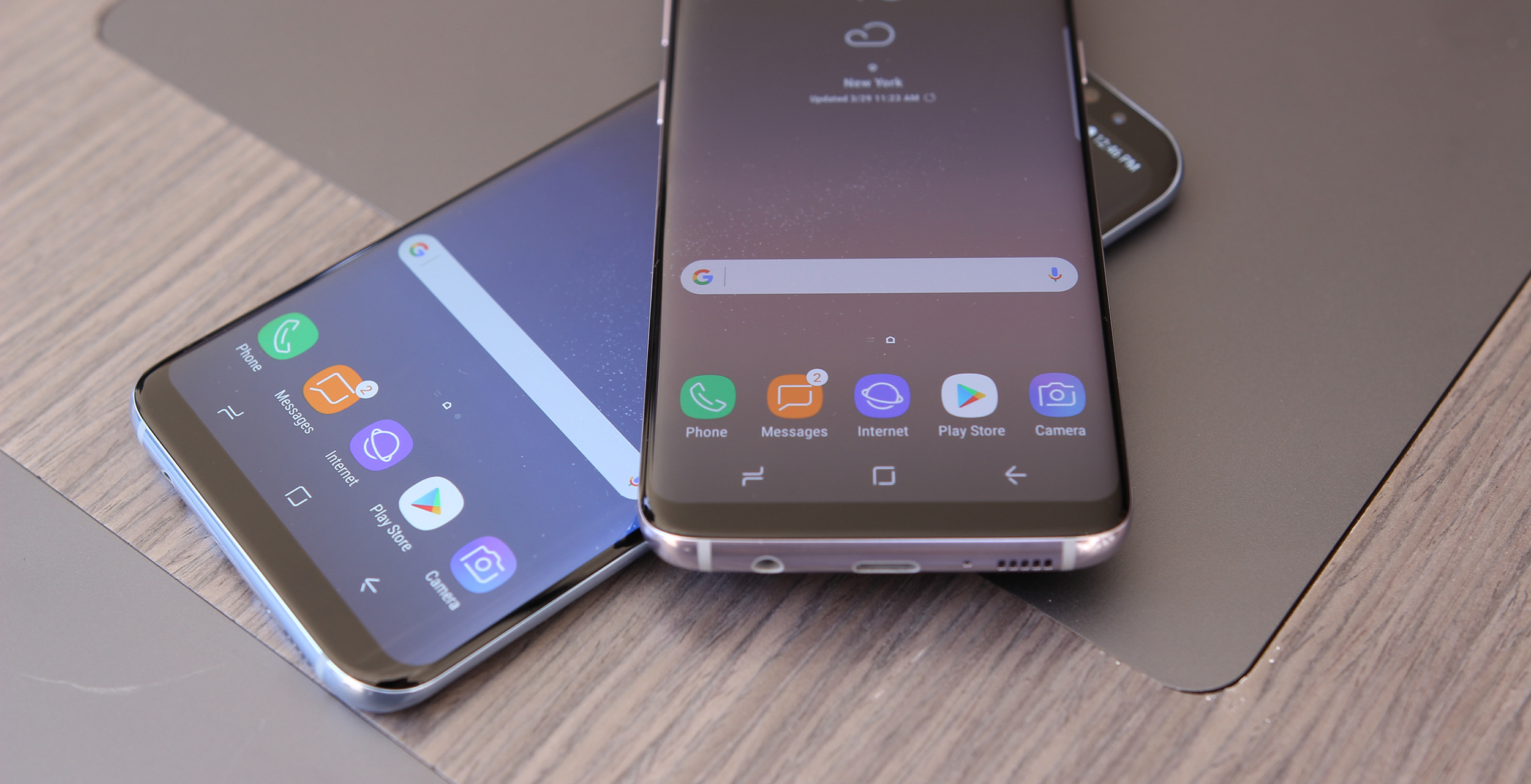 As for software, the Galaxy S8 runs on top of Android Nougat with the same basic software that is found on the Galaxy S7 with Nougat. Really, there are just some slight changes.

First, there’s the addition of Bixby, Samsung’s new digital assistant. Samsung says that Bixby sets itself apart from competitors like Google Assistant or Siri by making the voice portion of the assistant aware of what is happening on the display. Unfortunately, Samsung won’t be pushing Bixby in its fullest sense at launch.

Rather, Bixby’s initial form will include a Google Now-like set of contextual cards and Bixby Vision. Bixby Vision takes advantage of the camera on the Galaxy S8 (which looks top-notch based on first impressions) and can identify objects it sees and can even get links to buy products.

So far, I’m very impressed with the Galaxy S8 and Galaxy S8+. Samsung has done an excellent job with these two from what I’ve seen so far, and I can’t wait to get one in-house to play with further. Samsung will open Galaxy S8 sales on April 21st. Learn more about the S8 in our guide here.