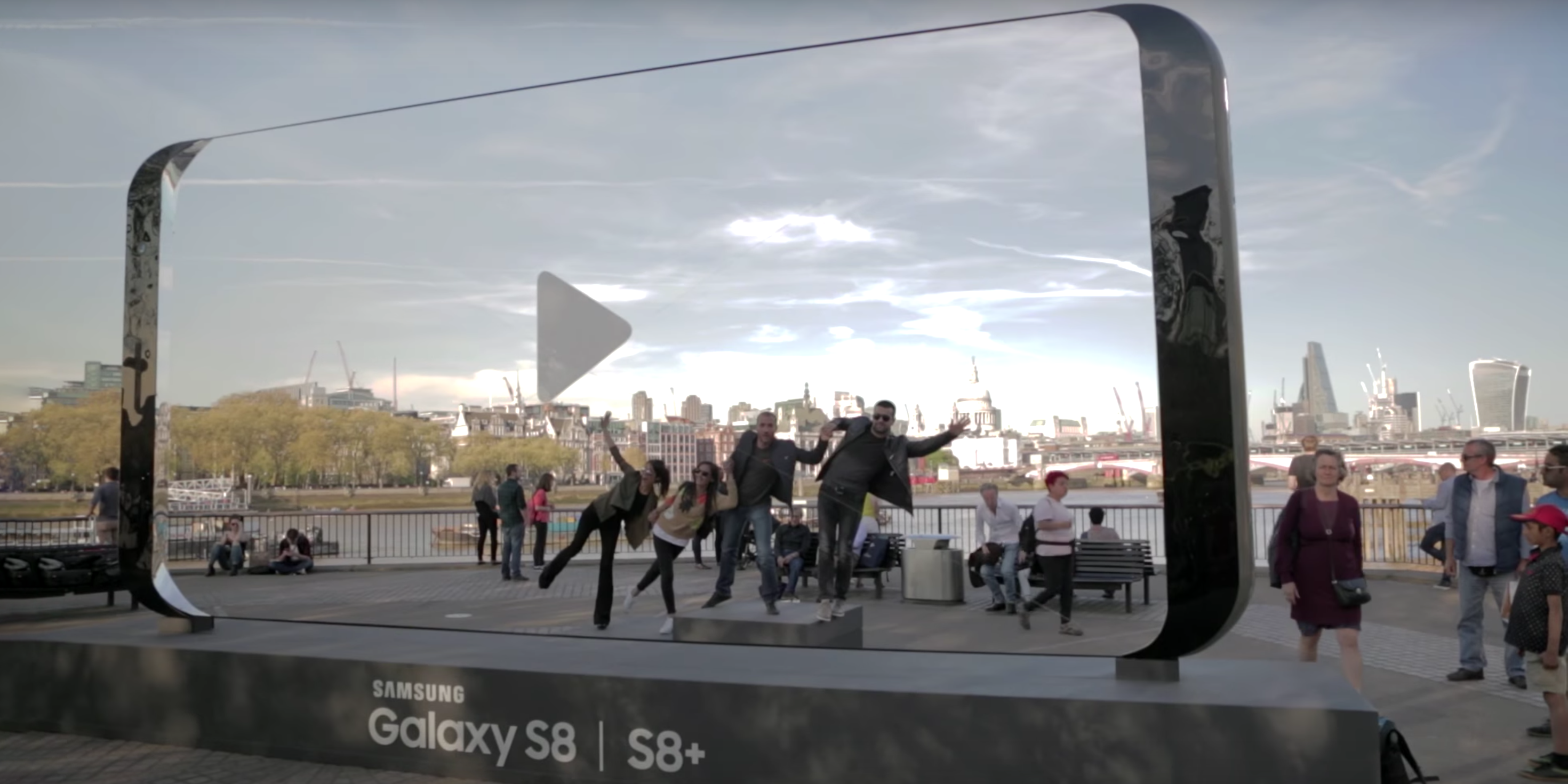 One thing about Samsung is for certain, it goes all-in when it comes to marketing. Remember last year’s building-sized, Galaxy S7 edge-shaped billboard in Russia? Yeah, me too. So of course the Korean giant is doubling down on its efforts this year, this time targeting the UK…

As the release date of April 21 fast approaches, Samsung has commissioned a series of enormous 7x3m custom sculptures in an effort to capture the immersive nature of the Galaxy S8‘s Infinity Display.

The various installations have been scattered across notable landmarks in the UK, and are essentially giant windows to places like Stonehenge, London’s Westminster Bridge, St. Ives, and more.

The idea is part of a bigger marketing campaign, named “The 20 Greatest British Views“, involving famous (and award-winning) landscape photographer Matthew Cattell, who was given the phone to actually collect a series of photographs from the various interest points the sculptures have later been relocated in.

Sure, excellently-lit landscape panoramas do not represent exactly challenging scenarios, but if the S8 predecessor’s camera is anything to go by, we are still sure that the this year’s Samsung flagship will leave us with very little room for complaint.

For now, you can enjoy some of Cattell’s masterful shots and Samsung’s own video and then let us know your thoughts down below.