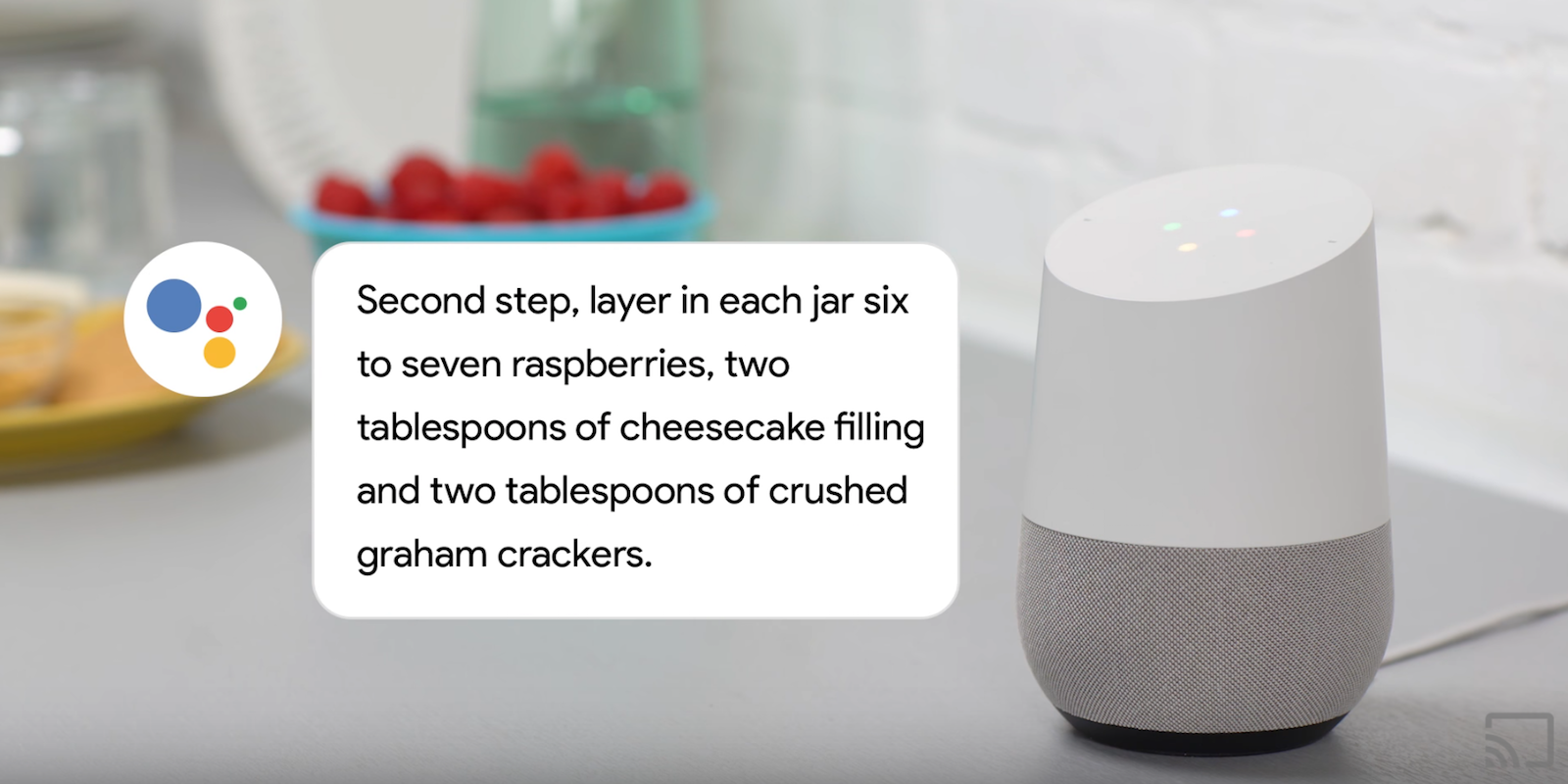 Rolling out this week for Google Home users, Google Assistant now offers step-by-step spoken cooking instructions for around five million recipes. The feature, Google notes in a blog post today, is powered by various sources including Bon Appetit, The New York Times, Food Network and more, and works by sending a recipe to Google Home via Assistant on your smartphone, or by simply asking Google Home for a specific recipe.

Pick a recipe! Go to the Google Assistant on your Android phone or to Google Search (iOS or Android) and find a recipe. Once you pick your favorite, select the “Send to Google Home” button. Whether you’re at home or on the go, your recipe will be saved.

…if you’re looking for inspiration, you can also say “Ok Google, let’s make macaroons” and we’ll give you a recipe to start… And, for those times when you’re not sure if you missed a step or just need to repeat the directions, say “Ok Google, repeat” or “Ok Google, what’s step two?”

The feature is already rolling out to users and should be available for all in the coming days.