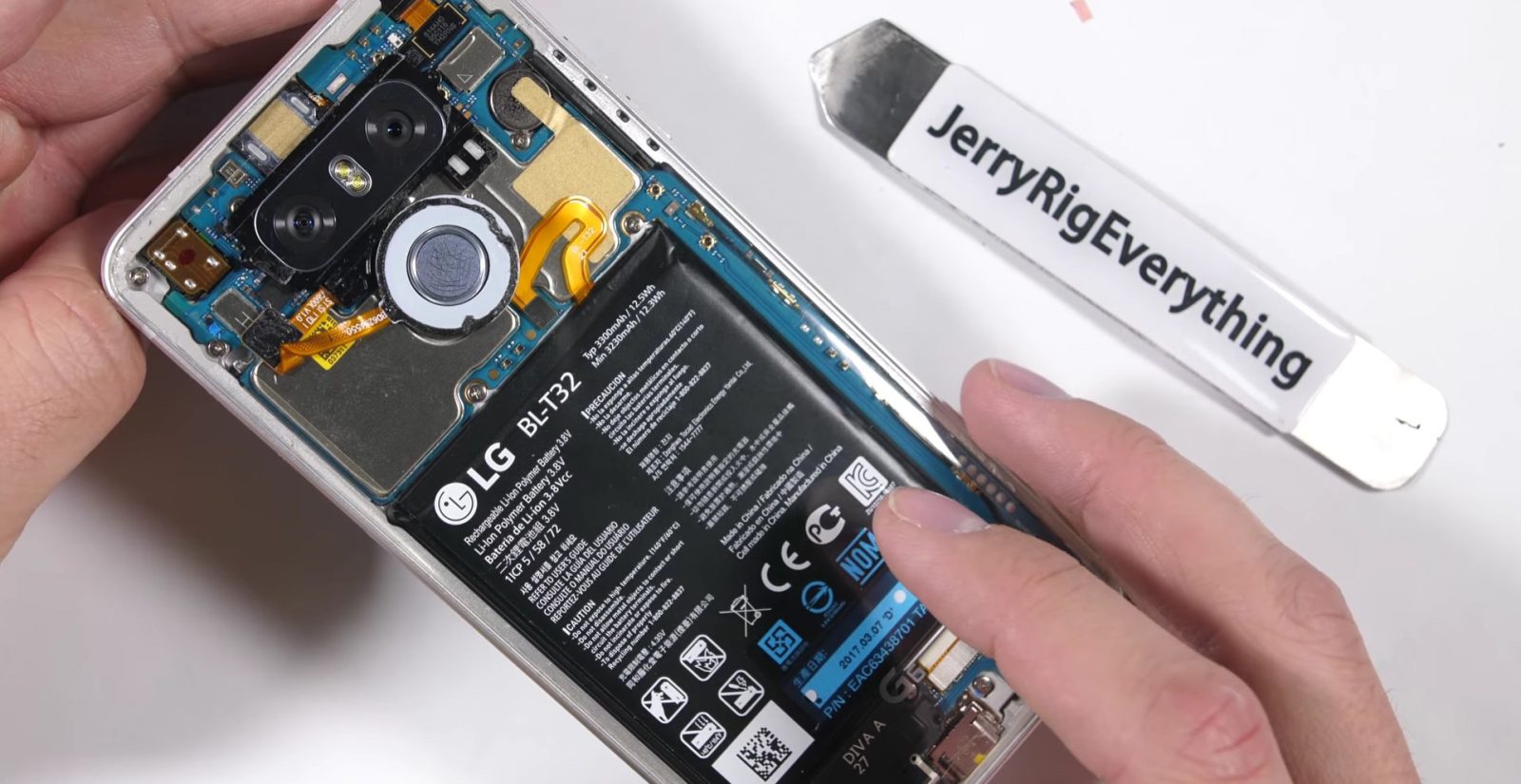 Last week, YouTuber JerryRigEverything took out his tools and created a drop-dead gorgeous Samsung Galaxy S8 with no coloring on the back. Now, he’s taken another glass-backed Android smartphone and given it the same treatment, the LG G6.

The process for removing the coloration on the back of the LG G6 isn’t all that different from the Galaxy S8, but it’s definitely easier. In the video, we see the back is removed with a bit of heat and a pry tool. After that, you need to remove the fingerprint sensor/power button and the camera lens. This part should certainly be done with care, as breaking the ribbon cable connecting the power button to the phone is fragile, and breaking it would leave the phone unusable.

From there, removing the coloration on the back of the phone is as simple as using a razor to cut through a portion of the layer, and then peeling it off, as the material is a lot like aluminum foil and will come off in one big chunk. That’s quite a bit easier than the paint thinner the S8 requires to remove its coloring.

After that, getting the final effect is as simple as removing the wireless charging coils and some of the excess plastic inside of the phone, all to reveal as much of the internals as possible. Of course, doing all of this will void your warranty, remove wireless charging, and compromise the IP68 water/dust resistance. If, however, you’re still willing to try this out, the video below goes over the entire process.