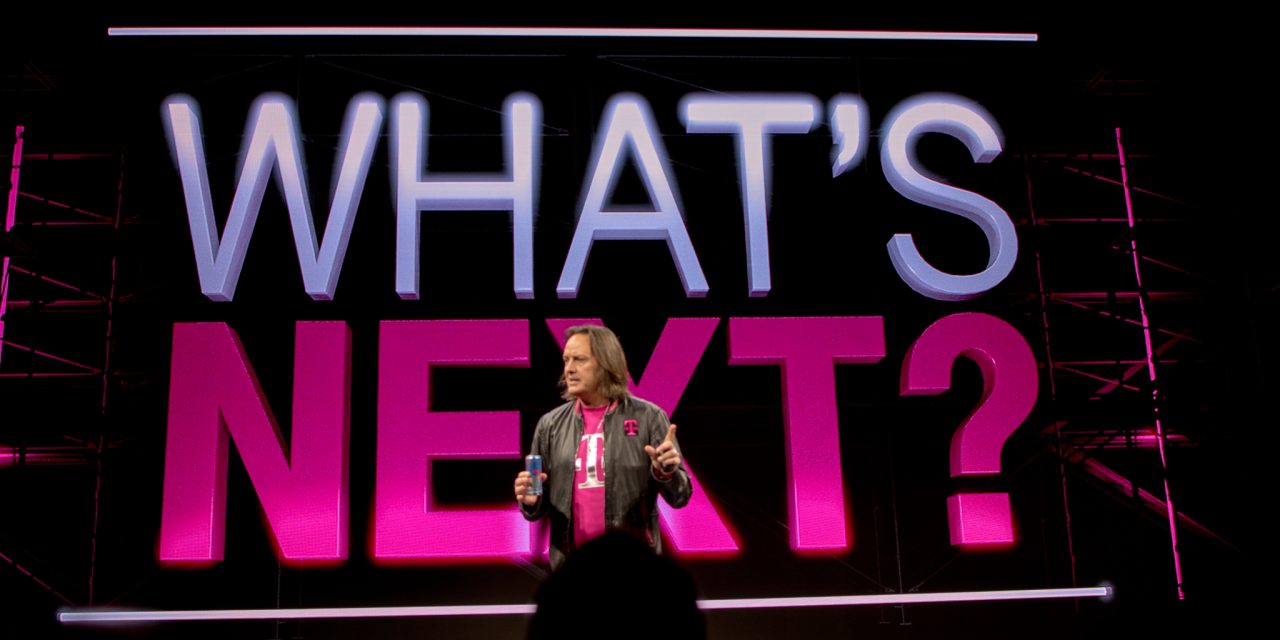 Update: T-Mobile’s Galaxy BOGO deal is now live on its website. According to the terms of the deal, the first device purchased can actually either be the smaller Galaxy S8 or the larger S8+. However, if you choose the Galaxy S8+ as the secondary “free” smartphone you will end paying $100 for the handset as the promotion only covers the cost of the standard Galaxy S8 with the $750 gift card.

Samsung hit it out of the park with the Galaxy S8 and are fans clamoring to get their hands on the flagship smartphone. Now, according to a leaked internal document on Reddit, T-Mobile will be offering a buy one get one free deal on the Galaxy S8. But, of course, there are a couple of catches…

. The second requirement is that both new devices must be purchased on an equipment installment plan (EIP). Lastly, one of the two Galaxy flagships must be on either a new T-Mobile ONE or Simple Choice Unlimited plan.

The way that T-Mobile plans to give you one Galaxy S8 free is by sending you a prepaid MasterCard worth $750. So, when walking out of your T-Mobile store, you won’t necessarily have a free phone right away, but you will get reimbursed for it shortly after.

The deal is not yet live on T-Mobile’s website, but it should show up tomorrow, May 12th for a limited time. As Mother’s Day is this upcoming Sunday, this might be a promotion to encourage customers to get their mom (and themselves) a new smartphone. 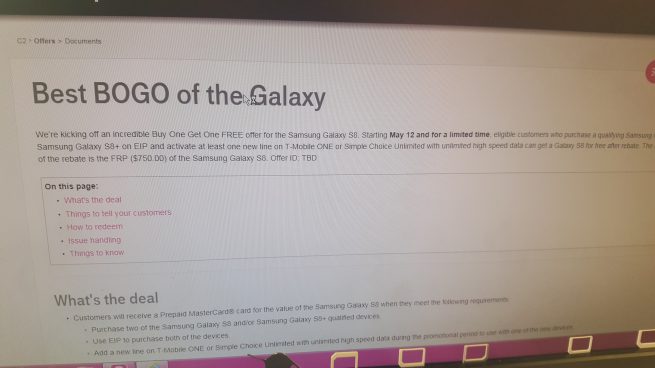