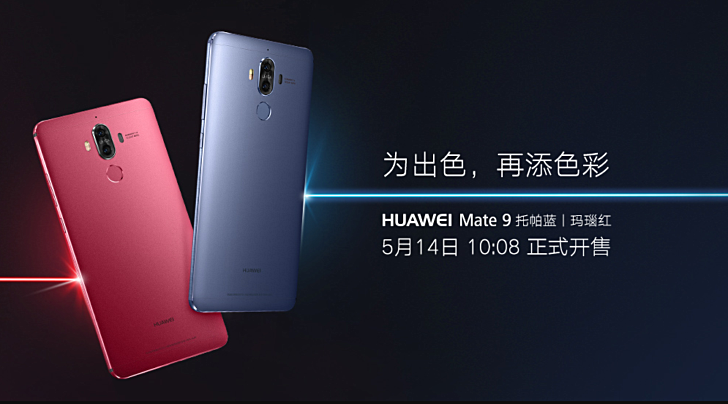 The Huawei Mate 9 is one of my favorite underrated smartphones available today. It packs good software and performance, but it kills in the hardware department, with a hefty, sturdy, and beautiful metallic build. Now, Huawei is making the phone available in two new colors.

Soon, Huawei will make the Mate 9 in China available in “Agate Red” and “Topaz Blue.” This joins the already available silver, gray, white, gold, and mocha colors, the former two of which are available in the US.

Adding these red and blue colors late in the game isn’t a new move for Huawei, as it did the exact same thing last year with the Huawei P9.

So far, it seems that Huawei only has plans to release this device in its lower-end 64GB+4GB model rather than the 128GB+6GB model, but that’s not really a big concern. As previously stated, this is only coming to China, so US buyers shouldn’t get too excited.

It’s possible the company could expand the market for these new colors, though, and its upcoming press conference in Berlin would be an ideal place to do so. For Chinese buyers, these new colors reportedly go up for sale on May 12th.