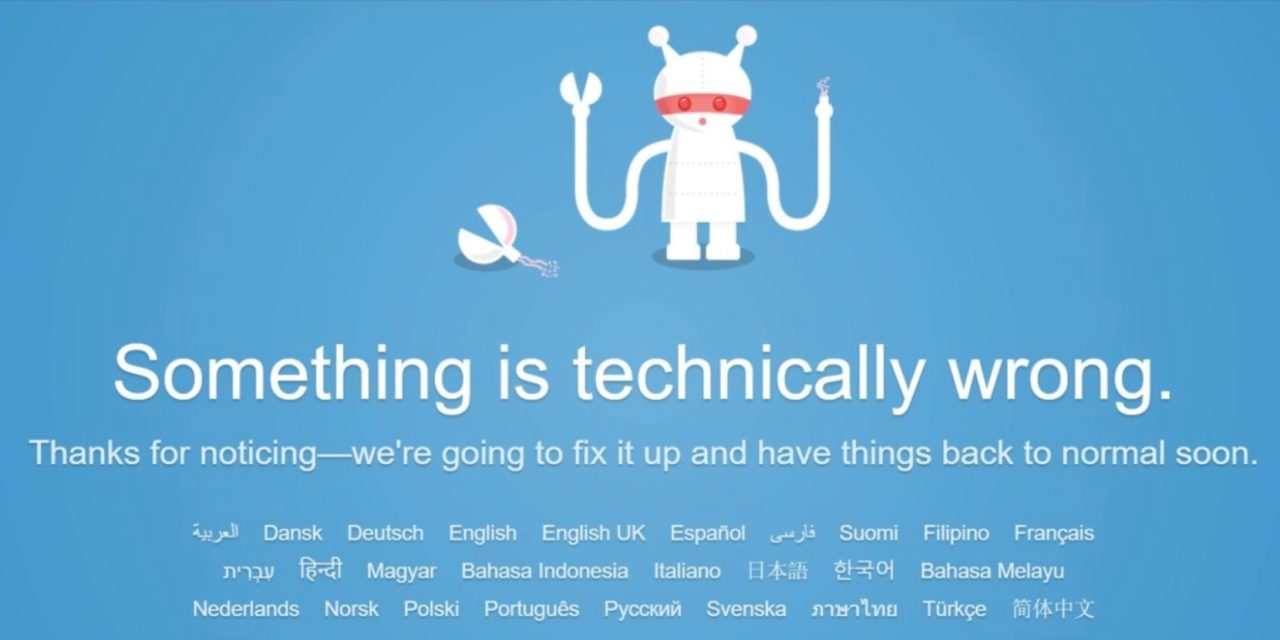 If you’re having trouble tweeting today, it’s not you: it’s a global problem with Twitter.

TNW spotted that there have been two big spikes this morning, with problems still ongoing. Problems are apparently affecting all platforms, with reports from the website, iOS and Android apps.

Some are suggesting that the issue may be a large-scale denial of service attack.