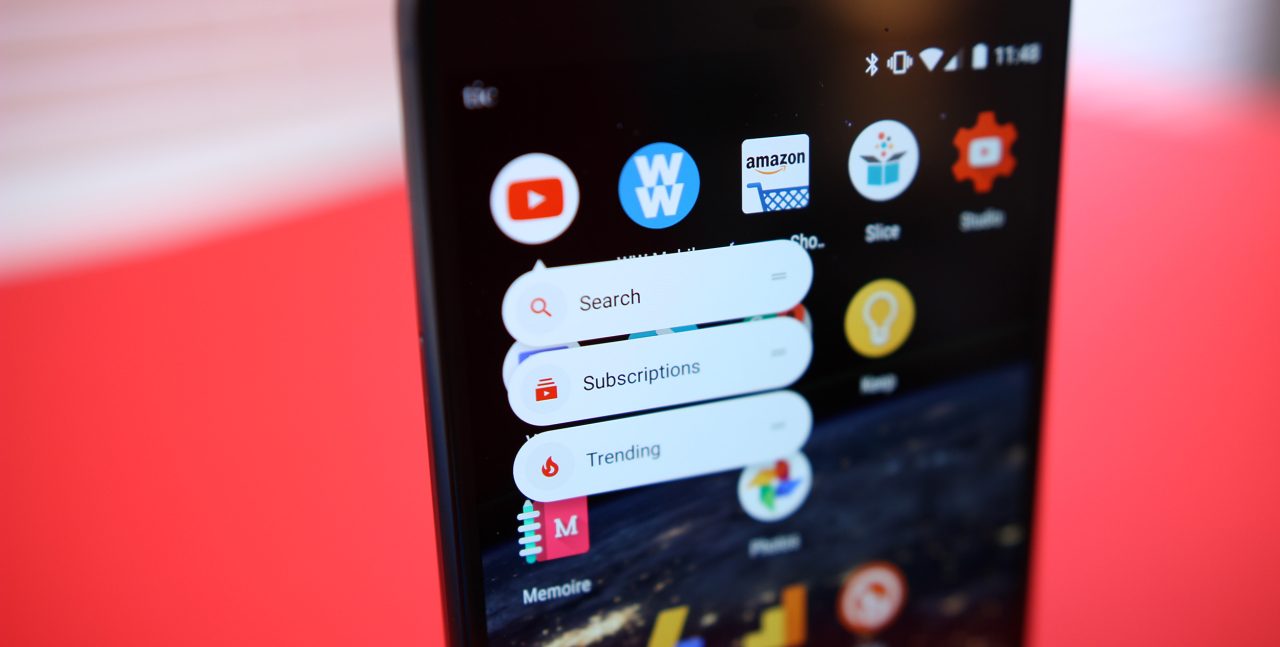 After several months of testing, YouTube is finally rolling out a redesign of its Android app to all users. A new bottom bar is the primary change, with core parts and navigation of the app otherwise remaining unchanged.

The tabs at the top of the app have been replaced by a white bottom bar that features icons and text. Interestingly, YouTube will remembers where you left off on each tab:

For example, if you scroll down through the Home feed, then go to your Subscriptions tab, and then return to Home, you can easily pick up where you left off.

As a result of this new bottom navigation and to not interfere with the built-in Picture-in-Picture mode, the FAB for uploading video has been replaced by an icon in the action bar.

Compared to earlier A/B tests, YouTube has colored the action bar red instead of going with a stark white design. Along with the white on red text, this helps retain YouTube’s branding and general design. To the right of the upload and search button, there is a new profile page that slides up with Account and Settings.

There is also a new Library tab that features quick links to history, watch later, and playlists. Unfortunately, unlike with tabs, you can no longer swipe between the different sections of the app. However, Google notes that the bottom bar will always be visible.

To force this update on your device, try launching and force closing the app from the multitasking menu. This process worked instantly on one of our devices, but required half-a-dozen or so attempts on another.