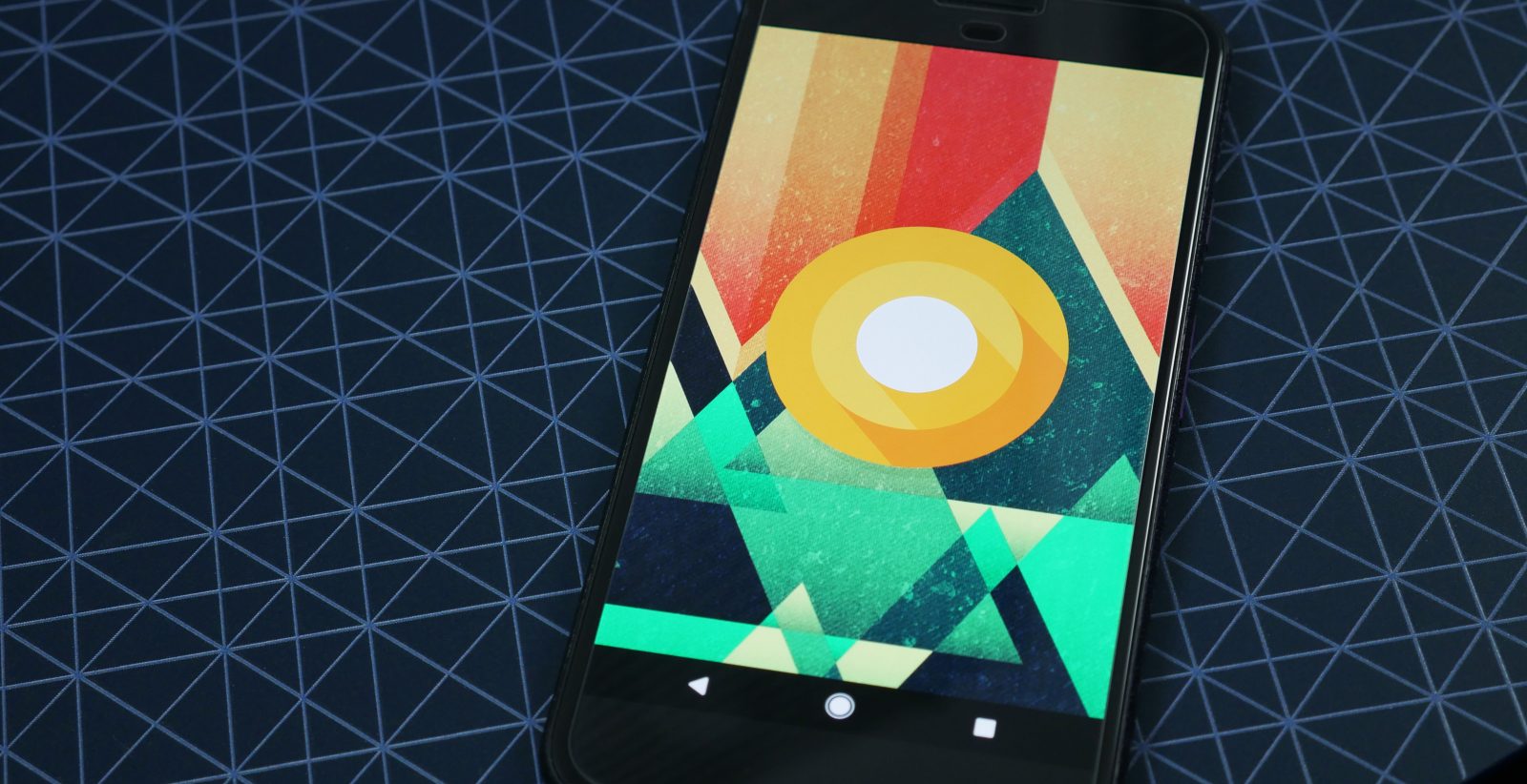 A little over three weeks after entering beta at Google I/O, Android O is now on its third developer preview. This release will likely continue to add stability and refinement after the previous release announced a number of new features, like Notification Dots. We’re compiling a list of all the changes and new functionality, so follow along.

While we are still awaiting what the next version of Android will officially be named, Google has confirmed that O will be API level 26. Finalized with DP3, it includes hundreds of bug fixes and optimizations. This finalization means that developers can publish their apps targeting Android O to the Play Store on alpha, beta, and production channels.

The Android Beta Program tile and the About phone page confirms that O will indeed be Android 8.0. 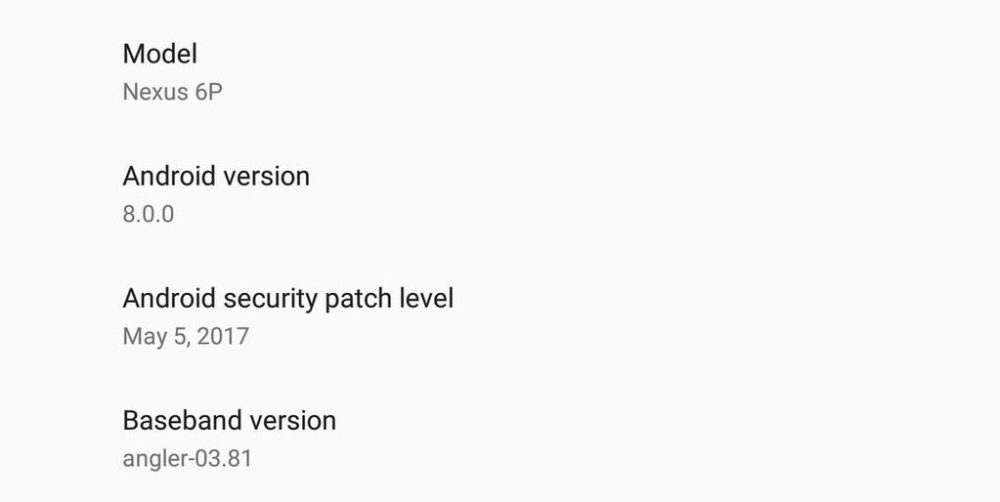 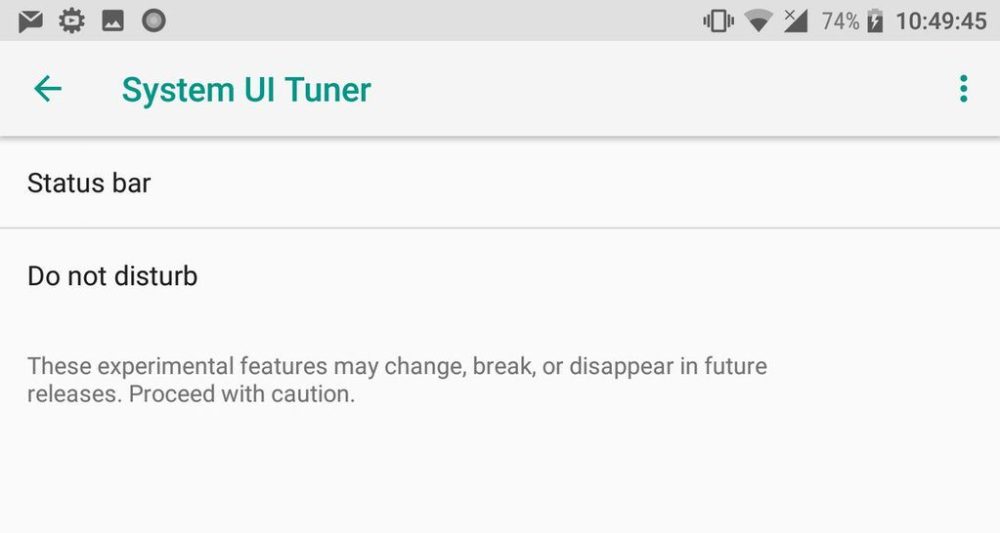 Long noting that the System UI Tuner has “experimental features,” Google has removed the ability to customize the Navigation bar, Lockscreen, and Picture-in-Picture mode in DP3. Only the Status Bar and Do no disturb customizations remain.

Google Camera gets a minor redesign

Updated to version 4.4.012 in DP3, Google Camera picks up a minor interface redesign. There are now explicit buttons to the left/right of the shutter to switch between camera/video mode. Previously, users could only swipe in order to change modes. The button to switch between the front and rear camera has also been tweaked. Meanwhile, double-tapping on the live preview will quickly zoom in 50%.

DP2 rearranged the order of the cellular and Wi-Fi indicators in the status bar. It appears that the change was temporary as DP3 reverts it, with Wi-Fi appearing left-most and then followed by cellular.

DP3 adds a very cool animation when visiting the Battery page in Settings. Upon opening, the battery icon will fill up from 0% to the current level.

Themed notifications based on cover art

Android O added the ability for apps to customize the appearance of their notifications. In DP3, apps like Play Music, Spotify, and YouTube are taking advantage of it. The background and text theme themselves to the cover art, which now also subtly bleeds into the notification.

In addition to Square, Rounded square, and Squircle, app icons can adopt a teardrop shape, like Google Allo.

The Pixel Launcher now features a quick shortcut to settings for Notification Dots. Tapping it will take users directly to Notifications in Settings and a toggle to enable/disable. 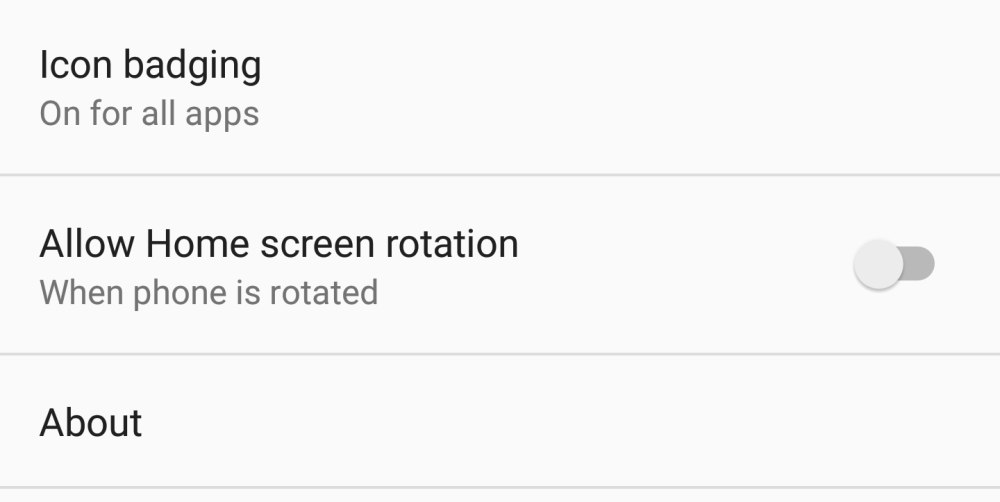 As it never made sense for persistent media notifications to feature a snooze option, that setting has been removed in DP3. However, it reappears when playback is paused. 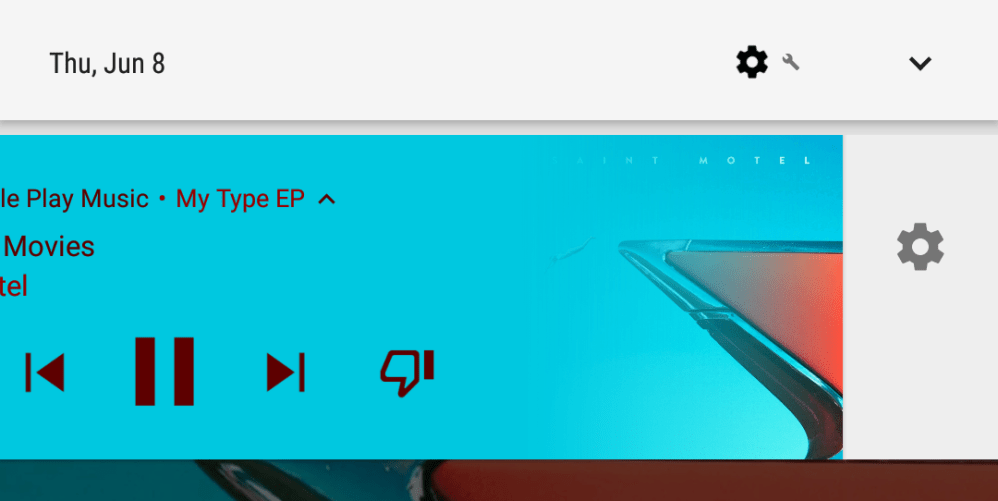 Persistent notification for apps that run in background

In addition to Android O showing a notification for apps like Facebook Messenger that draw over other applications, there is now one for those running in the background. Unfortunately, this also applies to media apps that already display their own notification.

Jumping to version 5.1, the Clock app receives a new icon, while the background of the app is now blacker (versus dark blue/purple) in 5.0.1.

Notification Dots are designed to automatically adopt the color of their app icons to provide a seamless appearance. However, in DP3, they are universally appearing with the same light blue color. 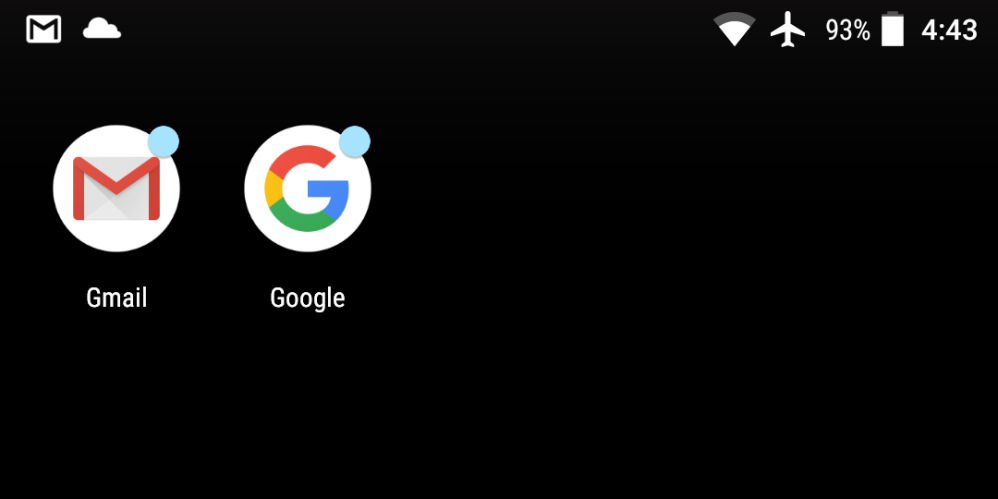 Heading to Settings > System > About phone > Model will pop up a new Model & hardware pane. The “Hardware version” line is a new category. Production Validation Test (PVT) is usually the last build of hardware and the version that consumers will ultimately receive.