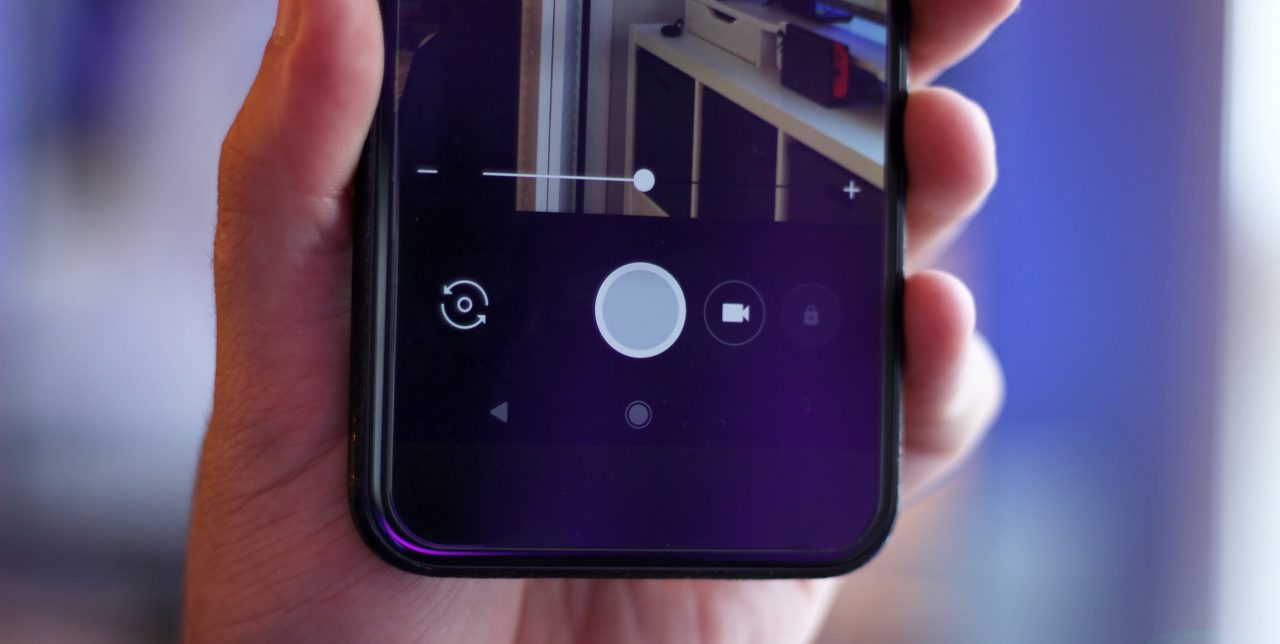 When Android O’s third Developer Preview started rolling out earlier this week, we found a decent amount of user-facing changes made to the operating system including some minor UI tweaks to the Google Camera app, as well as a pretty useful new feature.

The first change is a new UI that makes it easier for people to switch back and forth between camera and video mode. In older versions, there were simply two dots above the shutter button. Swiping left or right changed which mode the camera would shoot in, but it wasn’t very intuitive for users.

In Android O, a dedicated video camera icon is placed on the right side of the shutter when in photo mode so that they can quickly switch over. Once in the video capture section, a camera icon appears so that they can switch back. The same swiping action from the old UI still works flawlessly, but the addition of the icons makes things a lot easier for novice users.

Also new in Developer Preview 3 is a way to quickly zoom into the frame that you’re capturing. Simply double tapping on the primary interface quickly zooms into the image by 50%. While this doesn’t seem like much, Google’s Camera application is all about shortcuts and helping users capture the desired photo as fast as possible.

Now, instead of having to pinch and zoom, this new feature will let users quickly crop in and then give them direct access to the zoom bar for quick refinements. It’s a really nice touch that should come in handy for sure.

Thanks for the tip, Bryce!