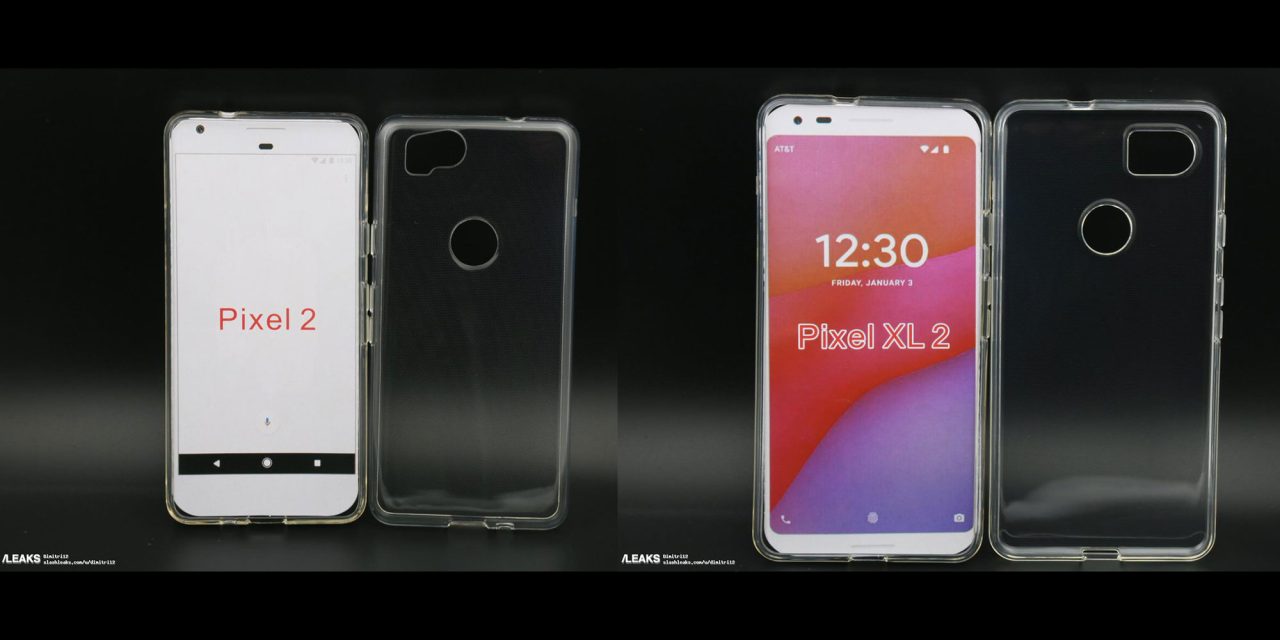 As we get closer to the release of the Google Pixel 2 and Pixel XL 2, we’re unavoidably going to start hearing more rumors. While we’ve already heard some tidbits about each of the devices, we haven’t yet seen what they might look like. We’re now possibly one step closer to that, however, as a pair of purported cases for both the Pixel 2 and XL 2 have now leaked.

But as for the legitimacy of these cases, unfortunately, we’re leaning towards dubious at best.

The above images were shared by a Slashleaks contributor and show off what could be a pair of simple silicone cases made for the Pixel 2 and Pixel XL 2. While we don’t gain much info from the cases, it does appear as though the camera window on both handsets will be much larger than the outgoing models and each phone will keep their fingerprint sensors on their respective backsides.

It’s worth noting that the image used as the cutout placed in these cases should be taken with less than a grain of salt. It’s pretty common for case makers to use random renders from the internet for these designs, and that seems to be the case here.

Another thing to be skeptical about is the inclusion of headphone jack cutouts on both cases. We saw Google documentation suggesting that “muskie” and “walleye” would remove the jack, although we’re entirely unsure of the status for “taimen,” which is likely made by LG and widely assumed to have replaced muskie to be the larger Pixel XL 2. Perhaps Google has decided to go with a headphone jack on that device.

Other interesting aspects here are the oddly shaped camera cutouts (although they would seem to suggest larger sensors than last year’s models) and the distinctly dual-button volume setup. The original Pixel and Pixel XL had a single bar volume rocker. Of course, many Pixel cases used a dual-button setup despite that hardware, so these cases, even if real, don’t really tell us anything about that.

We can’t yet confirm that these are, in fact, made for the upcoming Google Pixel 2 and XL 2, but it’s not entirely outside the realm of possibility. If they are real, that’s good news for headphone jack enthusiasts — it would seem Google has decided to stick with the jack that’s slowly disappearing from the handsets of the major smartphone manufacturers. It’s probably best to wait for some more concrete information before getting too excited.