Following last week’s stable release for Mac, Windows, and Linux, Chrome 60 is now rolling out on Android. One notable addition is a new search widget for immediate searching and URL entry, as well as several under-the-hood features.

The new Chrome search widget is remarkably powerful as tapping immediately opens the Omnibox for URL entry or performing searches. It also includes a shortcut to search Chrome via voice. This widget is 4 x 2 by default, though it can be resized to be as small as 1 x 1 or as large as the entire homescreen.

Meanwhile, the “Omnibox clipboard URL suggestions” is now live, though it began rolling out last week in Chrome 59. The Omnibox dropdown now features a “Link you copied” entry if you recently copied a URL to the clipboard. On other tabs, this feature occupies the second placement in the dropdown.

While there is a new Incognito warning on desktop, the one on mobile remains unchanged. In a similar privacy front, Chrome 60 blocks web pages from vibrating your device until you’ve explicitly tapped on the page. Hopefully, this will prevent the abuse of the Vibration API.

Lastly, the CSS font-display property and CSS @font-face descriptor will allow for faster font loading by sites. In the past, the browser delayed rendering text until the corresponding font was downloaded. With these new additions, developers can specify how and when Chrome displays text content during the load.

Chrome 60 for Android is rolling out via the Play Store and will be available over the course of the next week. 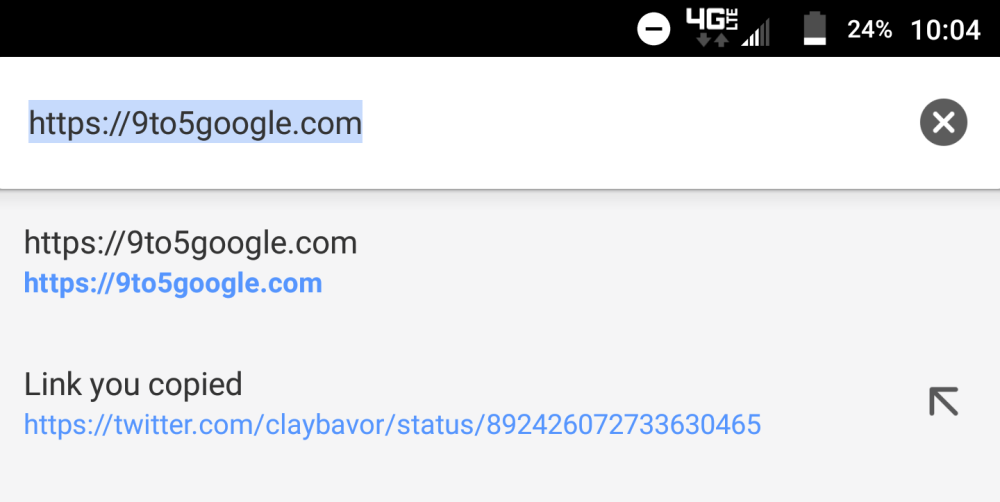