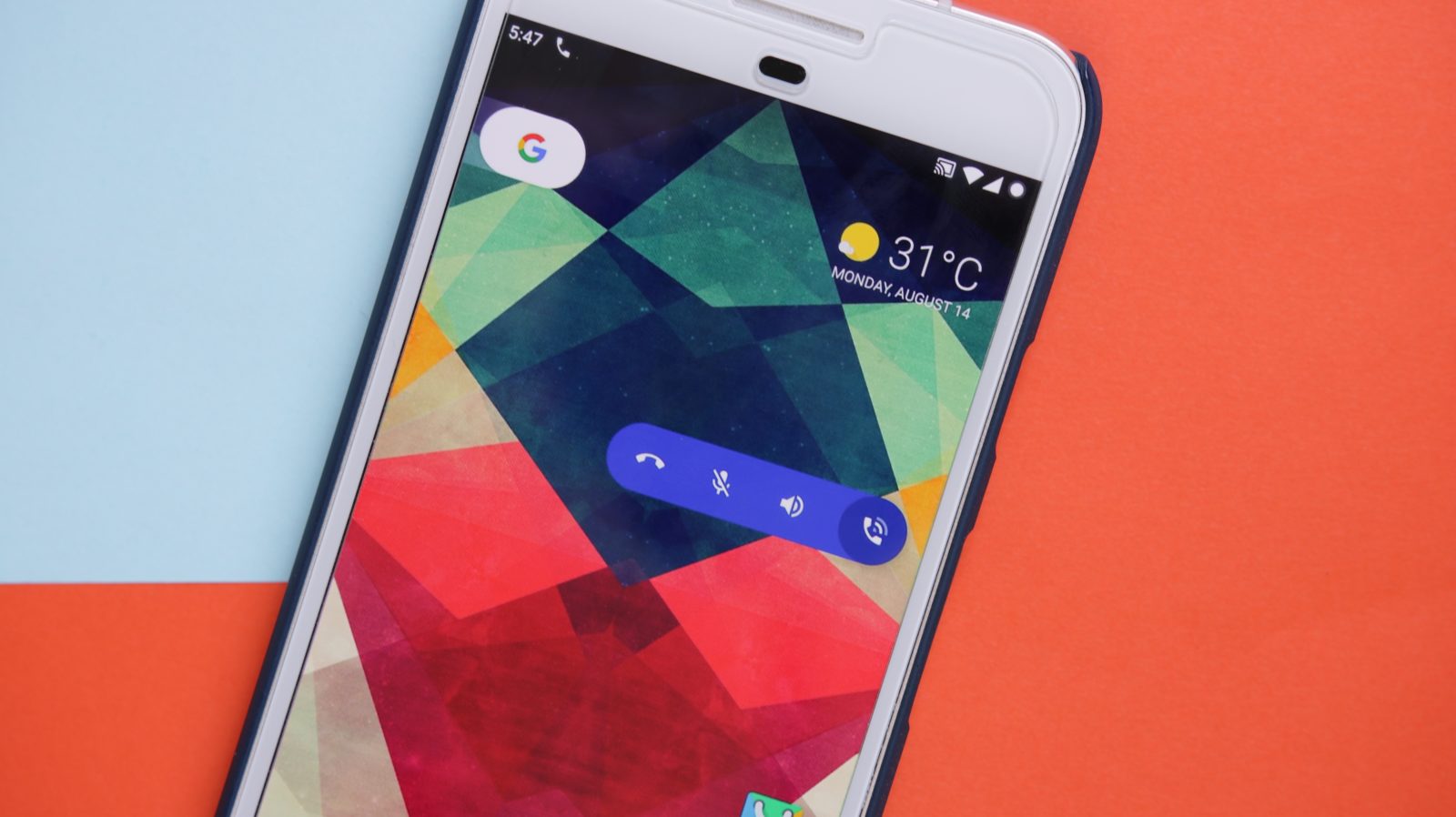 With spam warnings, visual voicemail, a super clean UI, and more, Google’s Phone app has quite a lot to offer to folks rocking Pixel, Nexus, and Android One devices. We recently discovered a new feature deep in the Phone app that makes managing calls from your home screen much easier than before, and we managed to enable it in the latest version of the app so you can see it in action…

It’s not clear when — or if — the feature will even go public in a future version of the app, but it’s a really nifty thing to see in testing nonetheless. After starting a call with Google Phone, pressing the home button will reveal a circular phone icon in the upper-left corner of your home screen — not unlike what Facebook offers with its Messenger Chat Heads feature.

You can move this icon all around the border of your home screen, and tapping on it will reveal three actions for ending the call, muting your microphone, and enabling the loudspeaker. In addition to this, holding down on this bubble/icon will take you back to the the main call screen.

We discovered this feature in version 11 of the Google Phone app, and it looks like it might be the most useful feature Google is testing as of late —  much more so than having a cat paw show you how to answer an incoming call, for instance.

There’s no word as to when Google will be officially releasing this to the masses, but with the Google Pixel 2 expected to be announced in October, we might see Google announce this and other new features to the Phone app then. Or, it could end up in the proverbial desktop trash can. Who knows.

Check out the video of the feature in action below, and keep scrolling for screenshots:

Dylan contributed to this story.