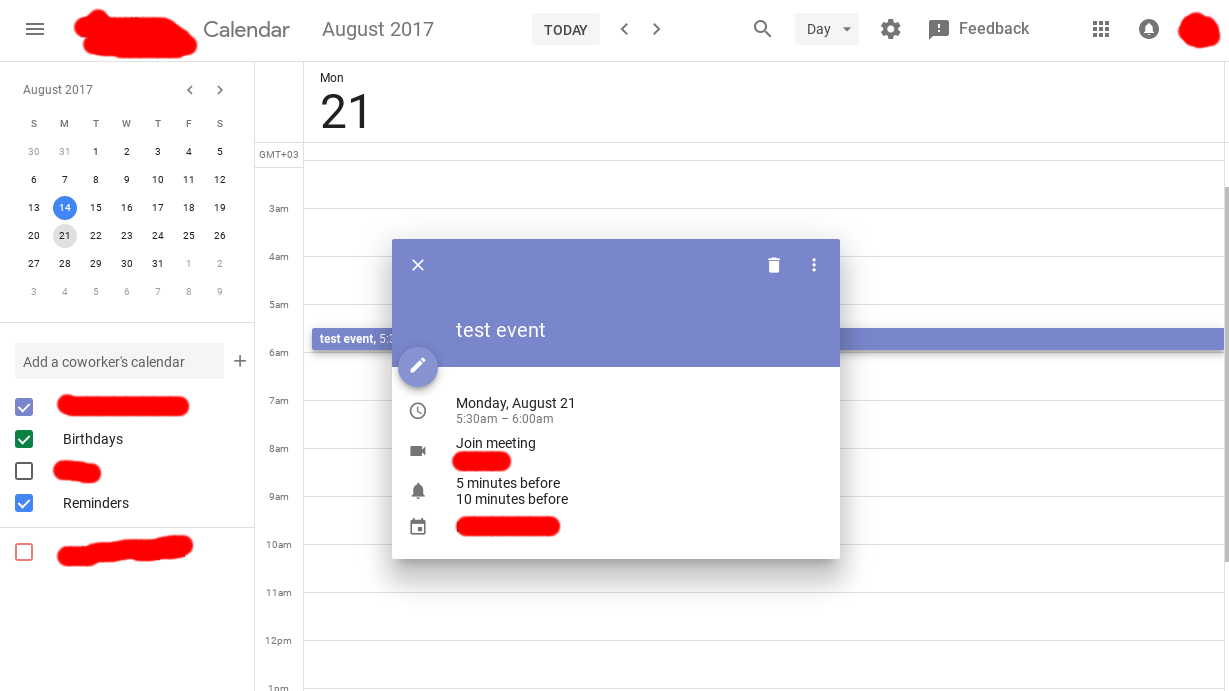 Google Calendar on Android has received a lot of love and updates over the past few years, but the same unfortunately can’t be said for its desktop companion. Google Calendar’s desktop site looks horribly archaic compared to most of Google’s other services, but this looks to be changing very soon..

A Redditor over on r/Google recently noticed that their Google Calendar on desktop has received a major design overhaul, and the images they shared reveal that Google is finally going to be implementing a Material Design UI.

In May, Google hinted at a redesign for Calendar on the desktop which was slated for release in Q4 of this year. The fourth quarter of the year starts on October 1, so assuming that Google is sticking with its release schedule, it’s likely that the company is currently just testing the new interface before releasing it to the public in the next few months.

The new UI for Calendar on desktop looks very similar to what’s available on the service’s Android app, meaning that there’s a round icon in the bottom right for creating new events, a hamburger menu in the upper left for accessing more settings, and an overall cleaner interface that’s much easier to navigate and understand.

All of the core functionality for Google Calendar on the desktop appears to still be intact, but things have been moved around and given a fresh coat of paint to make the whole experience much more enjoyable.

If Google is sticking with its Q4 release date for the Calendar redesign on the desktop, that means the update could be officially released anywhere between the beginning of October and the end of December. Our guess is that it’ll be closer to October seeing as how the update is already being tested with certain users, but until then, we’ll just have to wait and see.