Version 7.16 of the Google app rolled out in beta last week and revealed more about Assistant Routines and improvements to the built-in podcast player, among other updates. We’ve since been able to activate some new features that detail some minor tweaks in the works.

About APK Teardowns: In this ‘APK teardown,’ we enable in-progress features of an application. As during teardowns, we’re able to see various lines of code that hint at possible upcoming functionality. Keep in mind that Google may or may not ever ship these features, and our interpretation of what they are may be imperfect. With that in mind, read on.

The customizable search bar that we first spotted in September finally began rolling out last month. However, only a few users have it and in the meantime, Google has made some tweaks to the feature.

On the “Customize” page, there’s now a button to “Change wallpaper” so that users can quickly make sure their background match up with a personalized search bar. There is also a new “Reset to default style” button at the bottom of this editor. Users had to previously hold down on the search bar from the homescreen to access this shortcut. 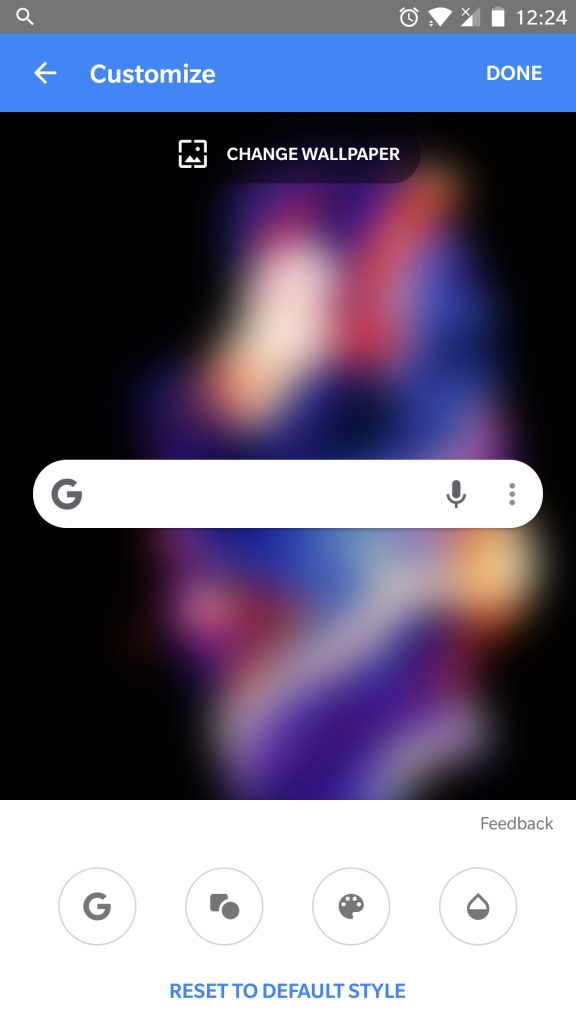 The new Google app redesign with its brighter, rounded interface has been widely rolling out as of earlier this month. Of note, the version we’ve just activated still shows an Assistant shortcut as one of the menu items.

Meanwhile, this bottom bar features text labels and also slides up when searching. This is in contrast to the current behavior where the bar is hidden instead of appearing just above the keyboard.

Despite the Google app redesign, most users are still seeing the same Search interface but with a rounded search bar and filter tabs. A future version might see Google rollout the redesigned version that looks cleaner with an edge-to-edge design. We’ve also spotted a “Nearby” tab as one of the Search filters as part of this interface.

We’ve been able to activate “Routines” in the Services listing in Assistant settings. This feature for running multiple commands with a single phrase is likely rolling out soon given the recent work going into the feature.

Web and Documents in Personal Search

Personal search is an underrated feature that allows users to search in apps. Google appears to be adding a new combined “Documents” and “Web” category. The former shows Google Keep results and the latter shows Chrome ones in a unified category. It will be interesting to see whether this will replace the individual app sections.