With every new update to the Google app, we’re learning more about Assistant Routines that can string together commands. Version 7.16 also details an expansion to the podcast functionality and feedback/training for Lens and the Feed. In terms of visible changes, Assistant for tablets is hinted at, while the Feed’s bottom bar sees a partial redesign.

The latest strings in version 7.16 reveal that granting the Google app Do Not Disturb access will allow the Assistant to run a string of commands after you dismiss your alarm. This includes existing capabilities like weather forecast, commute times, adjusting your smart home, and more.

<string name=”assistant_settings_alarm_dnd_access_body”>Your Assistant needs this permission to take your phone off silent. On the Do Not Disturb access screen, enable the switch for \”Google\”.</string>

<string name=”assistant_settings_alarm_onboarding_body”>”After you dismiss your alarm, the Google Assistant can tell you about today’s forecast and your personal commute. It can also adjust your lights and thermostat, as well as play music, radio, or news.”</string> 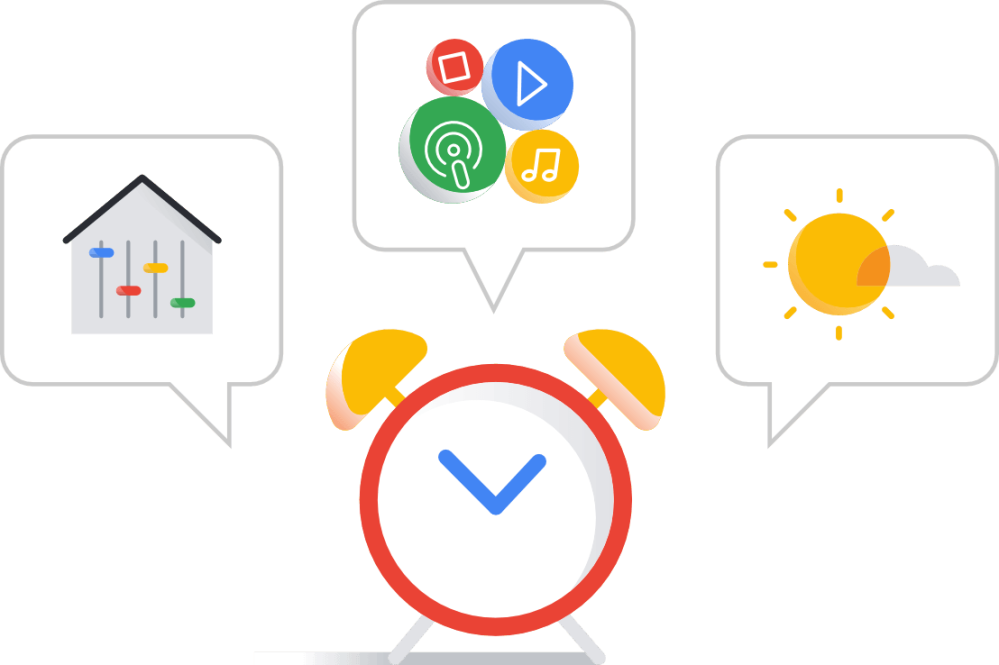 To access the latter capability, Assistant will have users set up Routines. If granted, users can get an audio daily briefing of calendar events and reminders while their device is still locked.

<string name=”assistant_settings_alarm_permission_body”>”Allow your Assistant to tell you about your day from the lock screen? You’ll hear the info you’ve chosen, like your calendar events or reminders.”</string>

Another pair of strings confirm that users will be able to create custom Routines:

<string name=”user_defined_action_task_send_text_content_summary”>If you leave the recipient number or message content blank, you will be prompted for it when you run this routine.</string>

The Google app via Search already has a podcast directory and player. It works with rudimentary voice commands and features a simple interface for episode selection, with users even able pin their favorite podcasts to the homescreen.

However, for quite a while now, the Google app has been working on an expansion of the feature. Today’s strings suggest the ability to download podcasts to your device for offline access instead of just the current streaming option. There are also management options like deleting all downloaded files.

Google Lens in Assistant should launch in the coming weeks for the Pixel and Pixel 2. In past teardowns, we’ve shown you the latest interface and how the visual assistant will function. The latest code details the process for providing feedback, which is important for Google in the early days of Lens.

Cards in the Google Feed have an overflow menu that allows users to control content. However, a “Snowman” feature might allow for more customization and training of “your feed.”

“The new way to talk to Google”

Version 7.16 adds two new lines of code, as well as the below images. It’s unclear how “The new way to talk to Google” is different from the existing one, or if this is simply a change to the initial Assistant on boarding process.

Google is continuing its work on Quartz — its rumored Google Home device with a display that will compete with the Amazon Echo Look. Today’s strings detail more about the step-by-step recipes feature and how to set timers.