[Hands-on] How to use Google’s AR Stickers on the Pixel 2 w/ Stormtroopers, Porgs, and more 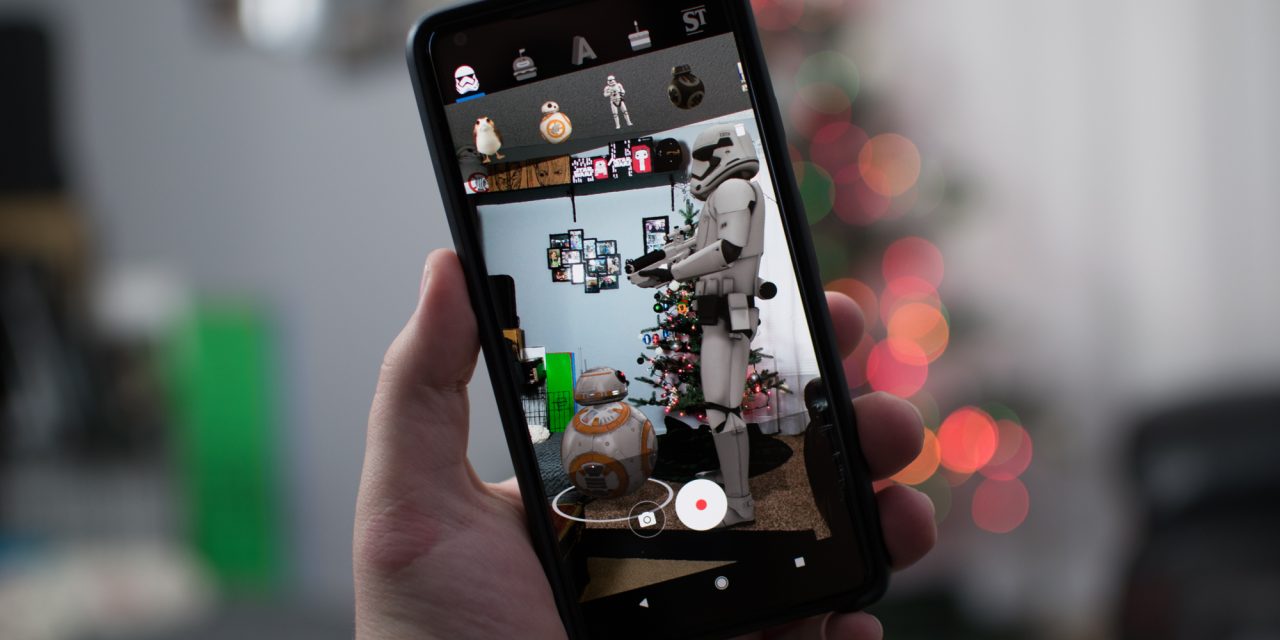 At long last, Google has finally launched its first implementation of ARCore on the Pixel 2 handsets in the form of AR stickers. These sticker packs include characters from Star Wars, Stranger Things, and several of the company’s own creations. Here’s a quick hands-on to show you how they work…

As we noted in the announcement post, Google’s AR stickers are currently exclusive to Pixel 2s and 2 XLs that are running Android 8.1. On top of that, you need to make sure that you have installed and updated the ARCore and AR Stickers applications from the Play Store.

How to use AR stickers

As demoed on-stage at the Google Pixel 2’s launch event, all of the phone’s AR capabilities are built directly into the camera application. Now that ARCore and AR stickers have been turned on, you should see a new option after opening the side menu within the Google camera app. Just tap on AR Stickers, and if this is the first time you have launched the feature, you will be walked through several of the setup items (as seen in the below screenshots).

Depending on the area that you’re pointing your camera at, you might have to move your phone around so that it can analyze the area. This is required because ARCore relies on the device’s camera and no other specialized sensors. Now it’s time to select an AR sticker pack. At the top of the screen, you will see all of the packs which include Star Wars, Stranger Things, Foodmoji, Text, and Blocks. More packs should become available over time.

After tapping one of these categories, a second level of options will appear with all of the different AR sticker options. Select and hold whichever item you wish to place into your scene and move it where ever you like. Depending on the sticker, there are some touch controls that you can use to make the item fit the scene better. First, you can use two fingers to pinch the object to make it bigger or smaller. Secondly, for stickers such as those found in the Text pack, you can use two fingers and move the object up or down in space.

At the bottom of the screen, you have the option to either take a picture or video of your AR masterpiece. If you want to remove all of the AR stickers and start over, there is a small trash can icon located on the right side of the interface, right below the stickers.