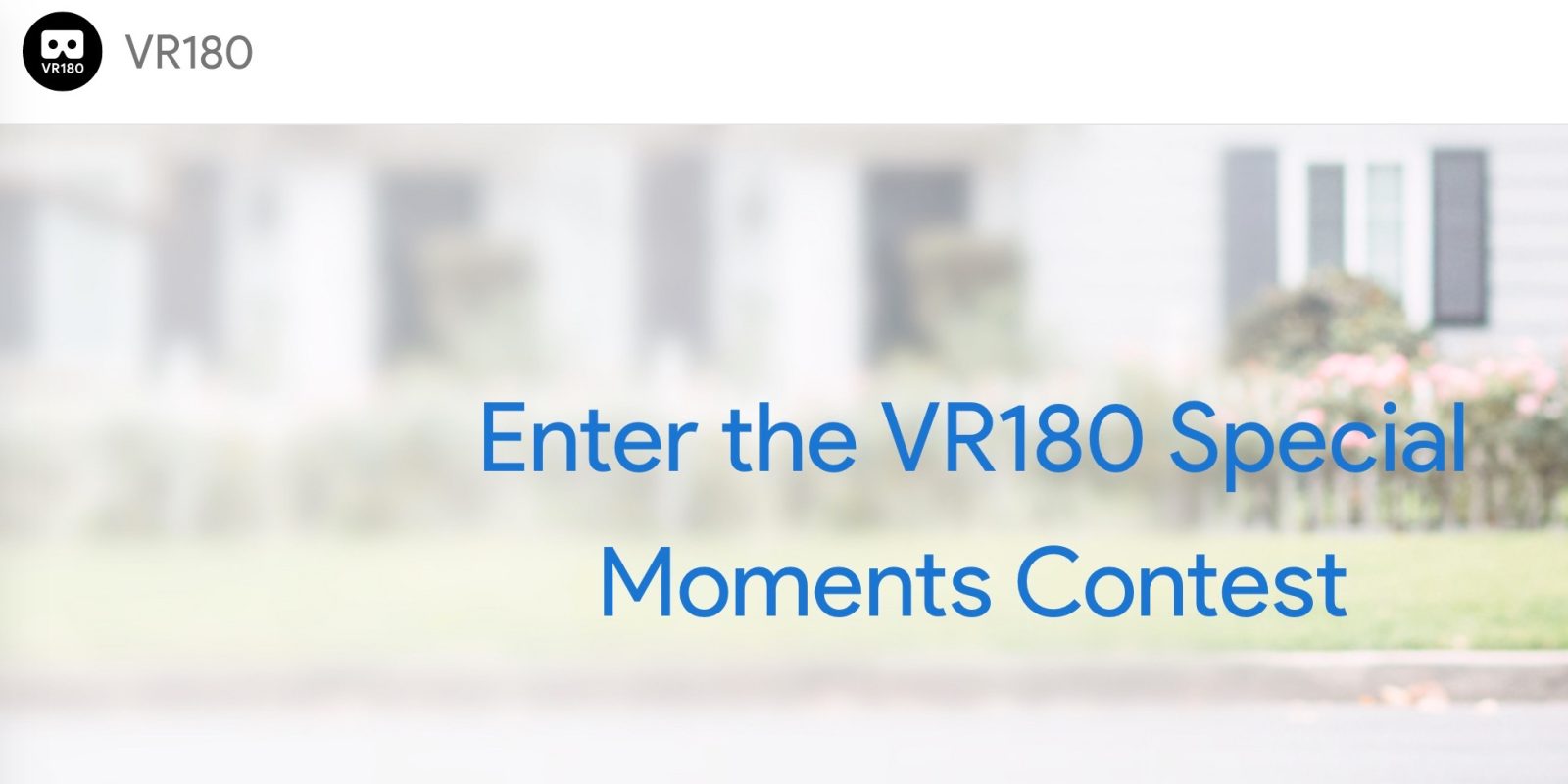 Last year, Google announced VR180 photos and videos to challenge existing 360 degree capture. With cameras announced at CES 2018, Google believes that its format is better at capturing immersive moments. To prove this, Google is hosting a contest where it will professional capture a “special memory” that you want preserved.

Most akin to point-and-shoot cameras, VR180 captures half the field of view of 360 content, but with a more realistic sense of depth, according to Google. In its adverting, VR180 and several Googlers have touted that the experience of watching captured content in VR headsets is like having a time machine.

VR180 cameras are for life’s most special moments. They allow you to take crisp, three-dimensional immersive photos & videos so you can relive them, like going back in a time machine, with a remarkable sense of presence.

To advertise the format, Google is hosting a “VR180 Special Moments Contest.” Those in the U.S. will be able to submit a special memory that they want to capture and save for posterity.

Those interested are instructed to submit a YouTube video answering the prompt: “What’s a special experience you want to capture in VR180 video to relive or share? Why is it important to you?”

By March, five videos will be selected, with a professional production team coming to capture that moment. Google will produce the content with winners taking part in the recording.