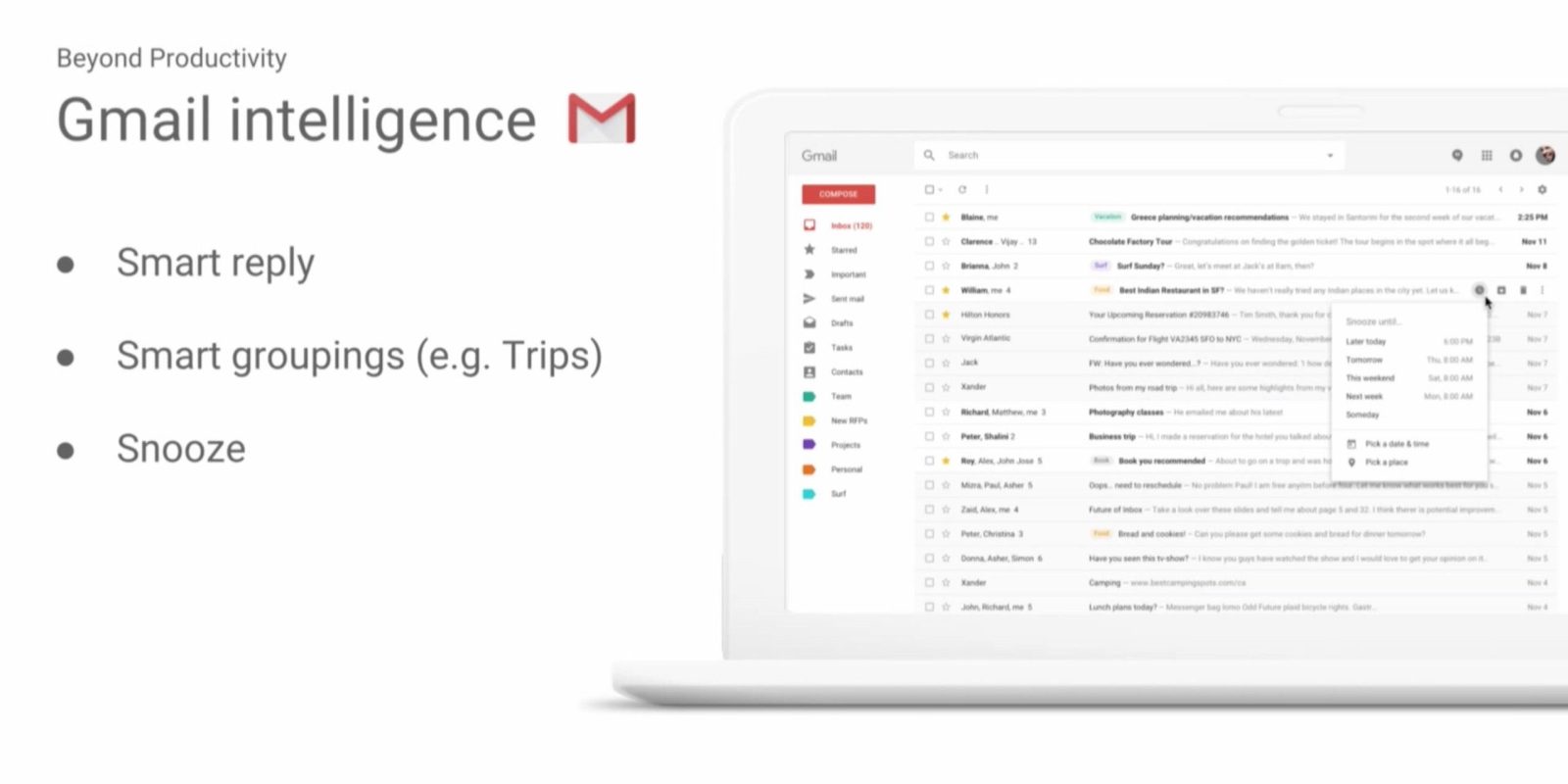 At Cloud Next ’17, Google quietly announced a revamp to Gmail that focuses on intelligent features like smart reply and groupings. Now, over a year later, an Early Access Program for a “new Gmail experience” is launching in “the coming weeks.”

According to three separate tips we received from current G Suite administrators, this updated experience includes a “new design for the Gmail web interface.” Details only note a “fresh, clean look for Gmail on the web.”

An old slide (seen above) from last year shows a mockup that is better spaced with more prominent labels, as well as overlays to take quick actions on emails. Since then, the design has likely changed and comes amid rumors of Material Design 2 and a broader refresh for Google’s products.

Update: The upcoming Gmail revamp has leaked in full with several screenshots detailing the new design and features.

Meanwhile, Google in a message to G Suite admins notes “several new features.” The family of Google apps will be better integrated with Google noting “easy access” to services like Calendar “from within Gmail.”

Smart Reply — which allows users to select from three automatic responses based on the context of the message — is making its way to the web, as well as “snooze” that temporarily hides emails from your inbox until a specified time.

With the launch of the EAP, Gmail will not initially have offline support, but Google promises that “native offline support in the new Gmail experience” will be available by June 2018. This setting will replace the Gmail Offline Chrome app, with that shutdown communicated in future updates.

An exact launch of the EAP for business customers that use G Suite is only slated for “the coming weeks.” However, the email does confirm that “these changes will also be made available to users with personal Gmail accounts.” An I/O 18 launch next month is possible, while Google’s enterprise developer conference is in July.

Update: Google issued a rather puntastic comment to this morning’s news:

“We’re working on some major updates to Gmail (they’re still in draft phase). We need a bit more time to compose ourselves, so can’t share anything yet—archive this for now, and we’ll let you know when it’s time to hit send.”