Google could eventually use audio & podcasts as results for searches 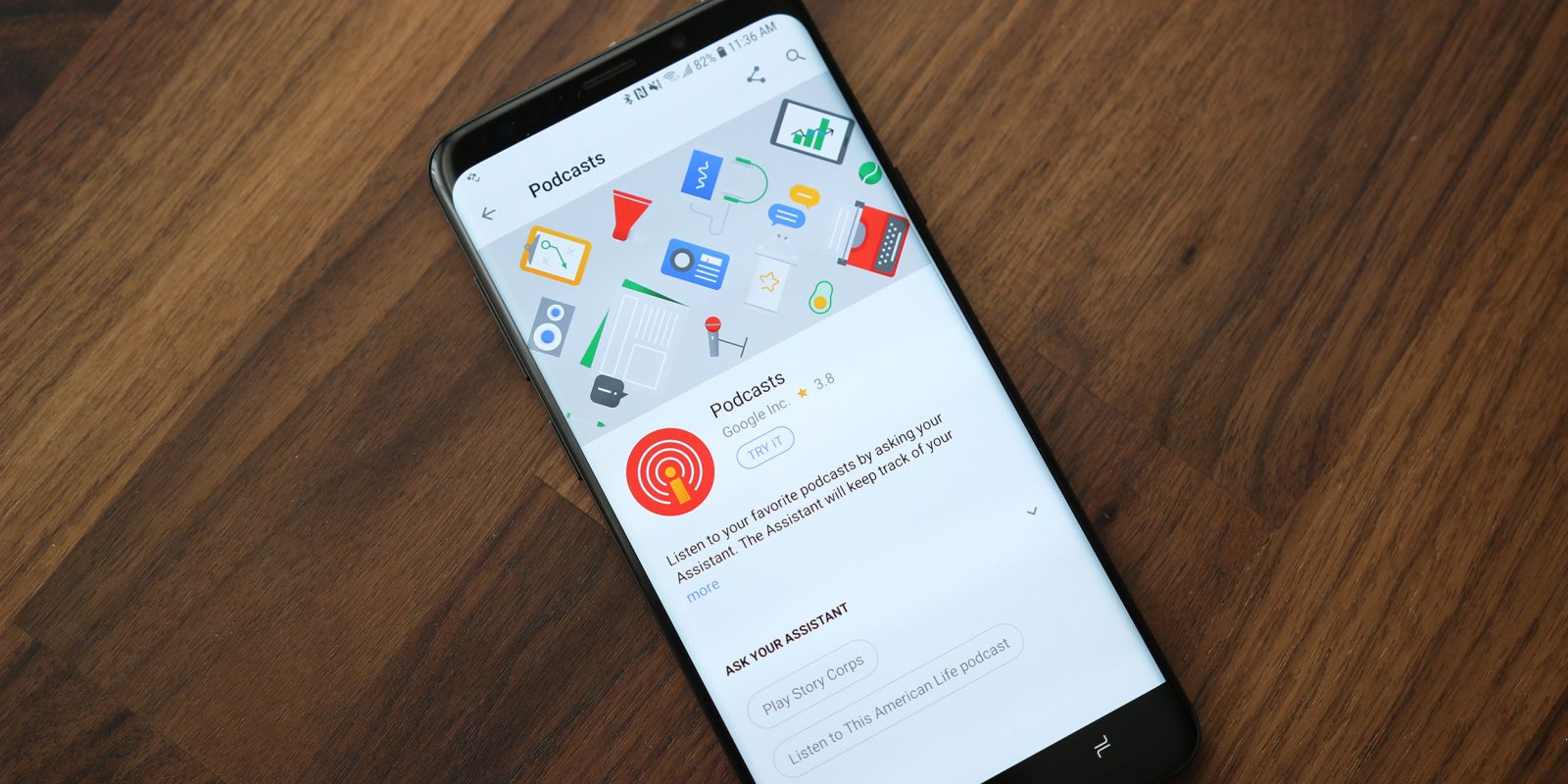 Yesterday, Google began discussing its broader podcasting strategy, with recent weeks seeing the launch of a dedicated experience in the Android app. Another interview today describes how the company wants to make this long-form audio format on par with video and text when surfacing Search results.

In an interview with Pacific Content, Zack Reneau-Wedeen of Google Podcasts reveals that the team wants audio to become a “first-class citizen” as replies to Search queries. Text is the long default format in Featured Snippets, while Google has recently been displaying YouTube videos that directly begin playing at the part that answers your query.

Given the uptick in the amount of audio content in recent years, Google sees its podcasts initiative as just another extension of the company’s mission to “organize the world’s information and make it universally accessible and useful.”

Accessibility could one day be achieved by having individual episodes appear in Search results, while podcasts could appear in searches for people discussed on an episode or if a show covers specific topics like entertainment or sports.

Since 2016, podcasts have appeared inline when you search for them directly by name, with an audio player built into Google for Android. This significantly decreases “friction,” while the just launched podcast experience is there for the “large percentage” of those who’ll eventually become repeat listeners and want to subscribe, keep track of episodes, and download for offline playback.

Interestingly, the latter functionality is not yet live, but our APK Insight of the Google app notes the ability to download episodes is coming in the future. 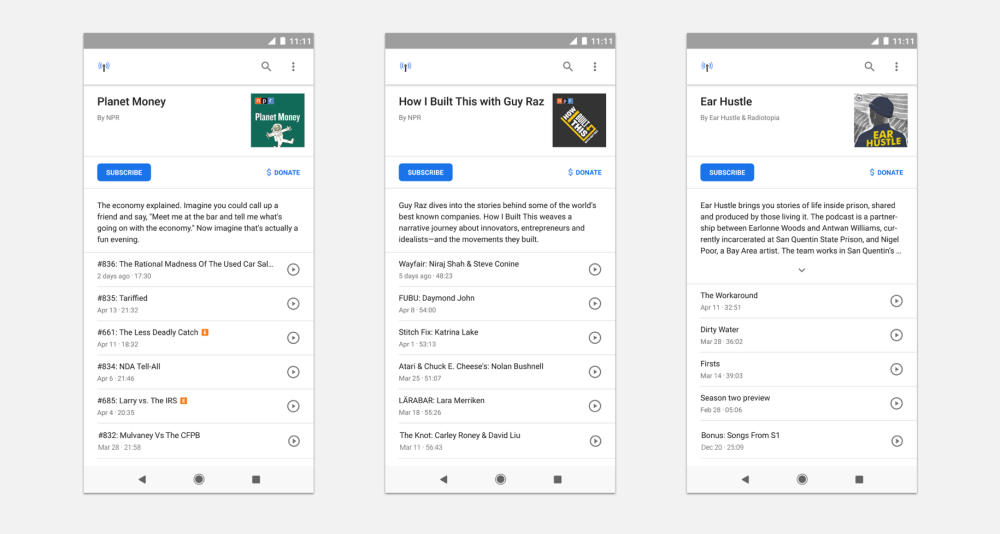 Meanwhile, Google’s efforts in this field are closely in line with a broader company initiative to support journalism. Talking about business models, a Donate button available on NPR and Radiotopia podcast listings could augment the existing advertising source used by most podcasters.

Future options could include integrating “Subscribe with Google” where users could seamlessly support a show with Google handling payment, login, and other aspects.