Android P introduces a lot of new changes to Google’s OS, and we’ve gone through a ton of them in various posts. Today, Google has detailed a few new changes it has made for enterprise users…

Google has slowly been giving enterprise features a focus in Android for a while now, and in Android P there are a few key changes. One of the biggest is an improvement to how users interact with the work profile.

In Android P, work apps have their own tab in the launcher and have a dedicated blue briefcase badge that matches overall Android design a bit better. When it’s time to call it quits for the day, there’s also a switch in the work tab that turns off work mode including all of those apps and their notifications. 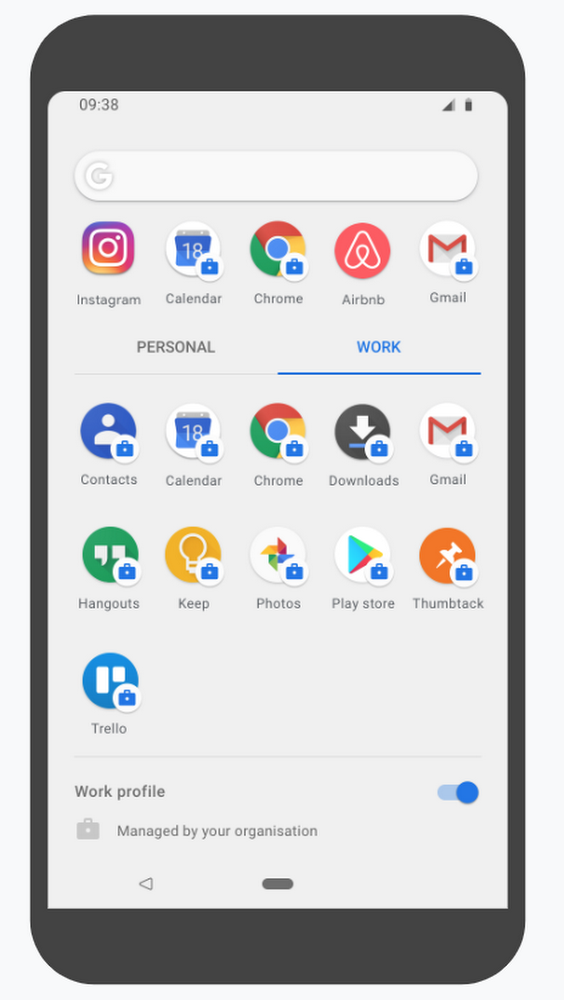 Android P also enables apps to switch between personal and work accounts within the same app without going back to the app drawer. Google Tasks is actually picking up support for this feature today. Google is also enabling Android for Work users to set up multiple profiles which simply allows them to sign out and hand the device over to another user.

Many productivity applications are used with both a work and personal account. In Android P, app developers can enable seamless switching between work and personal accounts within their apps, removing the need to return to the app launcher. A quick transition zips you from one account to another in apps that you have installed for both work and personal profiles. Google Tasks supports this feature today, with support in other Google apps coming soon. 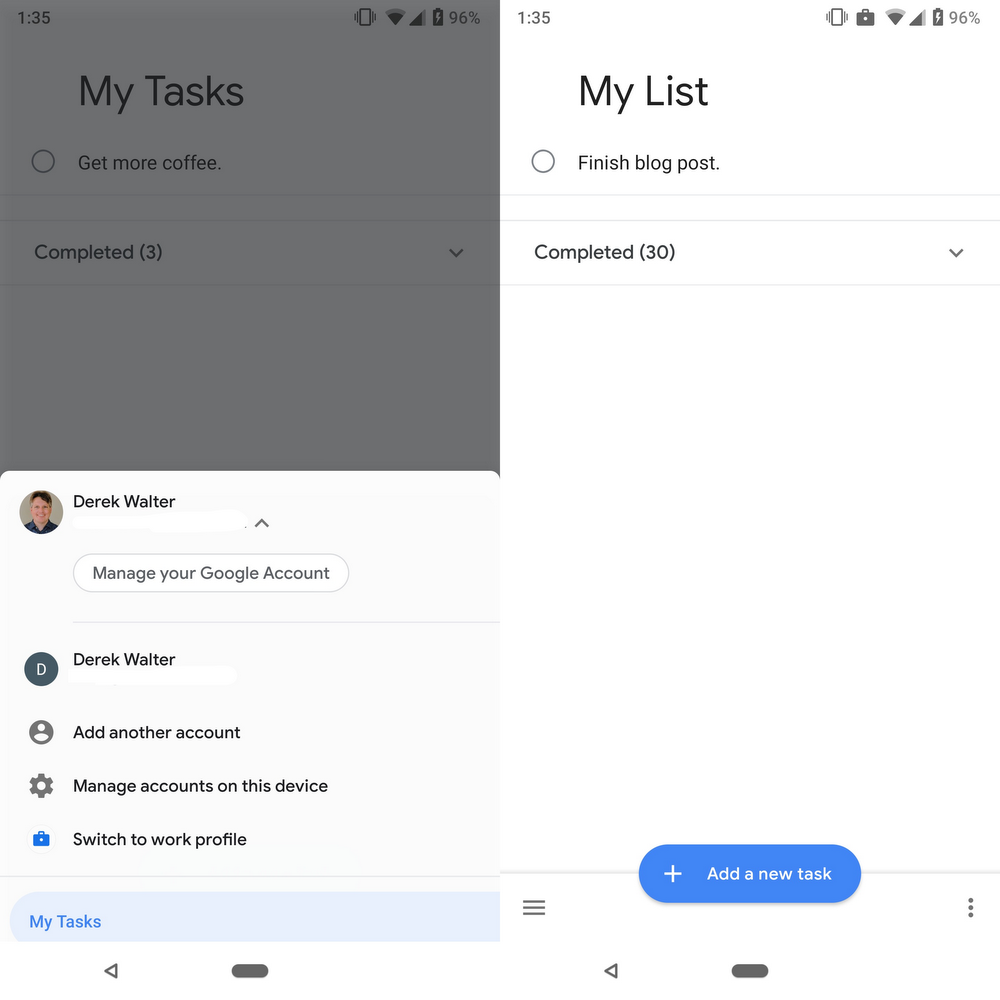 Google is also improving kiosk mode in Android P with the ability to run multiple apps. Previously, admins could only lock devices to a single app, but Android P allows using a modified launcher to let users switch between apps on that device.

Before, IT admins were restricted to locking only one app to a device. Now in Android P, admins can lock multiple apps and quickly switch between them with a dedicated launcher. A restaurant could take your order from a menu, and then switch over to a payment terminal app to complete the transaction.

Any Android app can be used in kiosk mode, and developers don’t have to build their own custom launchers anymore to switch between apps. Administrators have full flexibility in customizing the user interface with the ability to hide status bar icons, the power menu and navigation buttons, as well as disable notifications.

Finally, Google is also upping security options for enterprise users with Android P. Those include the following, as well as tons of other behind-the-scenes API changes.