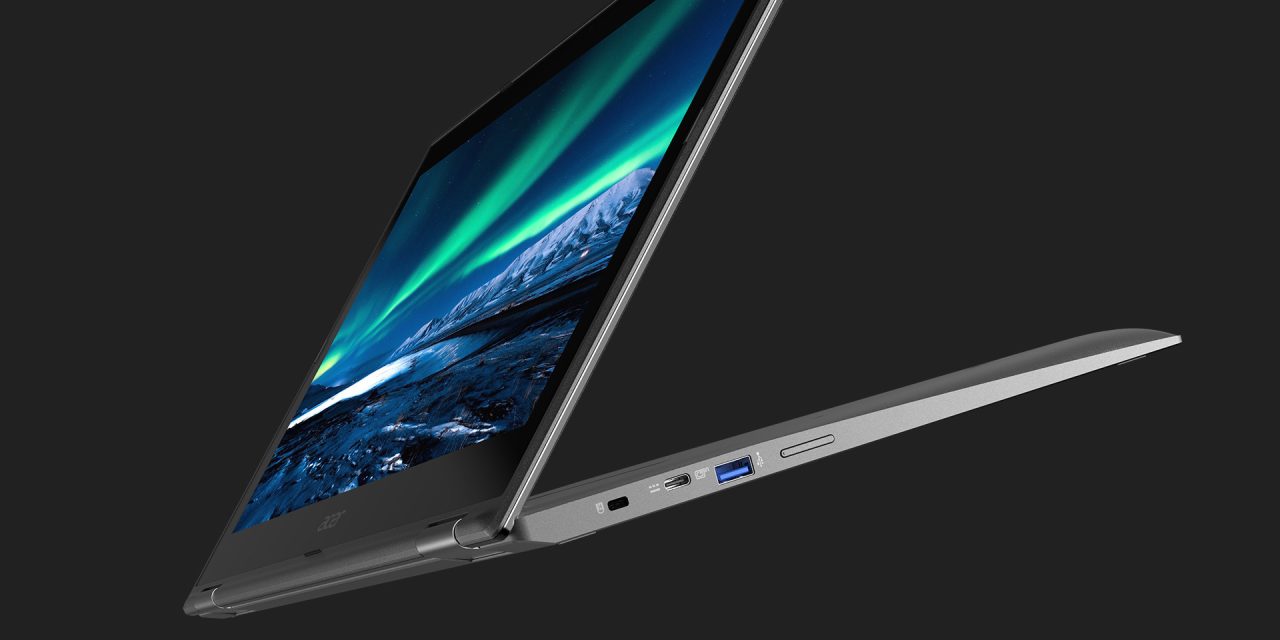 In addition to launching the Chromebook 13 and Chromebook Spin 13 this morning, Acer announced larger 15-inch models. The Spin 15 is the more premium version, but the line in general focuses on more casual use cases and media watching, with the Chromebook 15 targeted as being “value-oriented.”

The Acer Chromebook Spin 15‘s display is a step down from the smaller variant’s 2256 x 1504 resolution panel. Fortunately, the 15.6-inch 1920 x 1080 screen still features an IPS touchscreen that can swivel 360 degrees for use in tablet, tent, or display modes.

Below the keyboard is a large trackpad that again features Corning Gorilla Glass for smoother navigation, while to the sides of the keys are two upward-facing speakers for an optimized media-watching experience.

Battery life steps up to 13 hours from 10 on the smaller model, with Intel Pentium N4200, Celeron N3450, and Celeron N3350 processor variants. Memory maxes out at 8GB with 32 or 64GB of storage. Fortunately, the Spin 15 retains the USB-C port on each side of the device, with two accompanying USB 3.0 ports and a microSD card reader. Available this July in North American markets, models start at $449.

Meanwhile, the Acer Chromebook 15 features the same display, but gets slightly longer battery life at 14 hours. There are touch and non-touch models, with other specs staying the same as the more premium counterpart. Coming in at $100 cheaper, variants start at $349 and will be available this June.