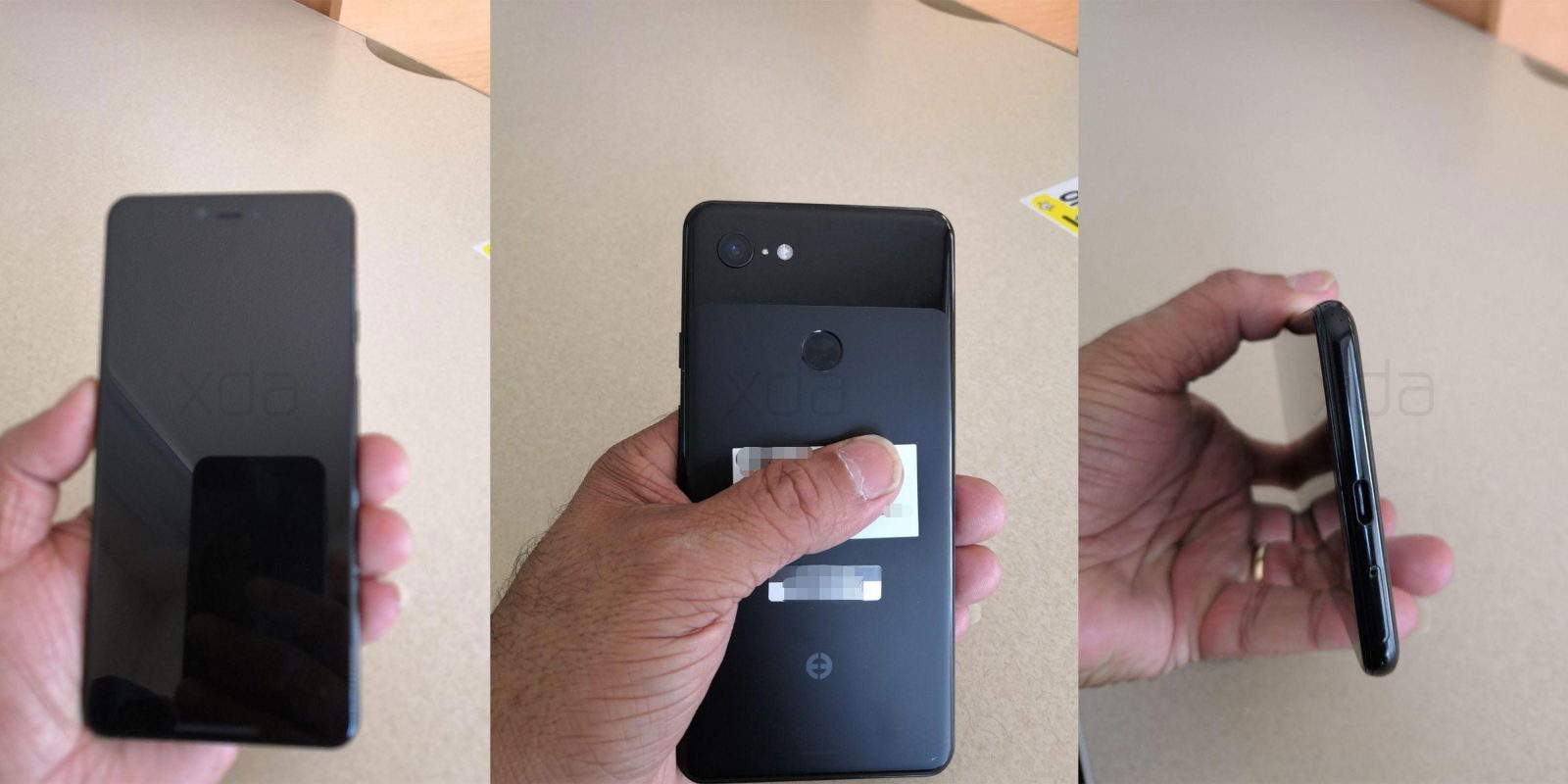 Today has been a busy day for Pixel 3 XL leaks, after images of what is likely to be Google’s flagship smartphone showed up online this morning. Now, to end the day off right, the same XDA forum user has shared even more leaked images of the alleged Pixel 3 XL — this time from every angle.

Obtained by XDA-Developers, this round of in-hand photos of the Pixel 3 XL gives a better look at the hardware as a whole. Around front, although the image is a bit blurry, you can see the dual front-facing speakers, dual front-facing cameras, and the notch. Around back, we have the two-tone glass back, the rear-facing camera with a camera bump, a fingerprint sensor, and a not-so-mysterious logo.

The side shots don’t show much of the phone, but the edges are shiny instead of matte like the Pixel 2. Additionally, you can see the power button and volume rocker that are in an almost identical position as last year’s and confirmation that Google will; unsurprisingly not be bringing back the headphone jack.

And finally, the most significant change compared to last year’s hardware is that Google apparently moved the SIM card tray to the bottom of the handset. The Pixel 2’s was placed on the left edge of the phone.

If you want to see what the Pixel 3 XL would look like in marketing images, make sure to check out some renders made based off of today’s leaked images. Also, make sure to let us know in our poll if you plan to purchase one of the new Pixels once Google releases it.