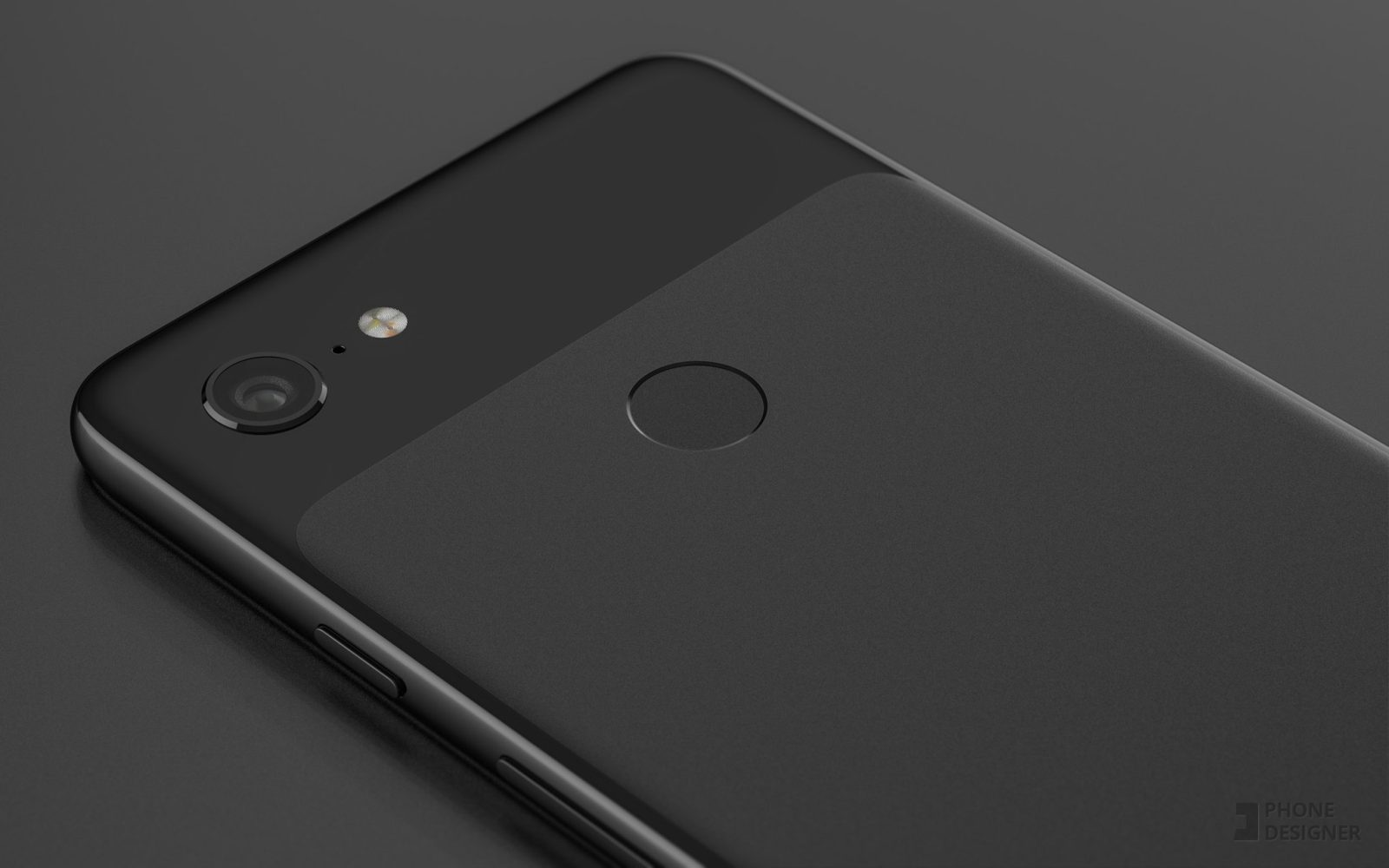 After months of deafening silence, the Google Pixel 3 leaks have been popping up relentlessly for the last couple weeks. From the initial sketchy leaked screen protectors and reports last week to the in-the-flesh images that leaked earlier today, the picture can’t get much clearer. Now, right on cue, notorious phone mockup artist PhoneDesigner has shared their latest take based on today’s images.

This is the same artist who published some renders based on the screen protector leaks last week, and now they’re back with a design that’s likely much closer to the real thing. The new renders take into account the back design from the likely-real prototype leak, which seems to be all-glass with two different finishes.

In this render, the edges have a glossy/shiny metal finish reminiscent of the iPhone X, the matte bottom section with curved corners at the top, and of course a very similar front to the renders we saw last week. There’s that notch, the big bottom chin, the dual front-firing speaker, and a build of Android P. (Bloomberg reported that Google would likely embrace the notch with its software, so that’s probably accurate, too.)

Check out the renders in their full beauty below:

Given that today’s leak of the Pixel 3 XL prototype is the real deal (which it very likely is, in this author’s opinion), I’d say this is likely a pretty accurate representation of how Google will show off the device in its own renders later this year. Of course we still don’t know many details about the build and this artist is just making their best guess, but regardless, this is probably pretty close to the real deal.

At this point, the only thing better than this would be leaked renders from the Mountain View company itself. Oh, and some leaked images of the smaller non-notched device would be nice, too.