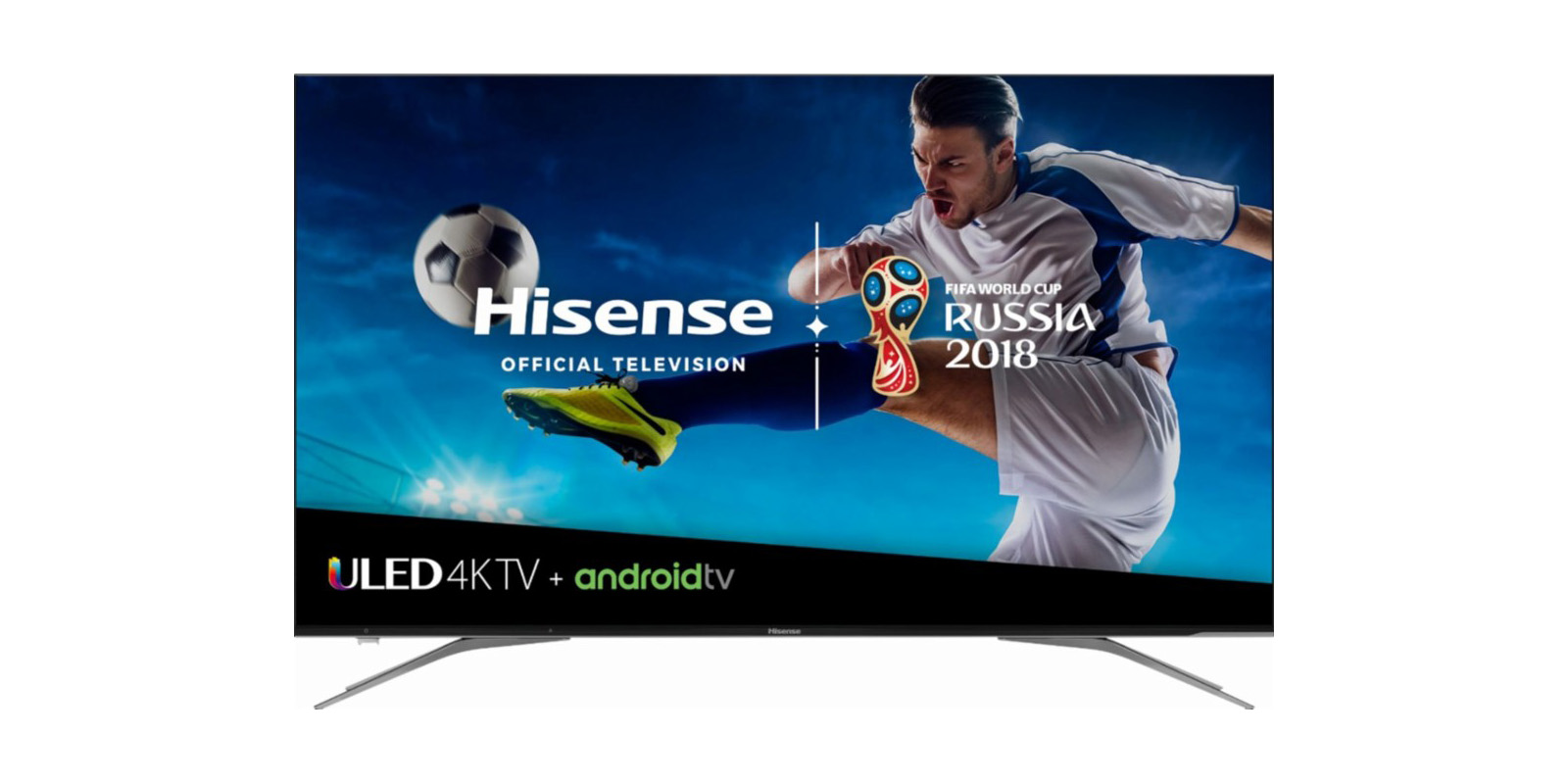 Android TV has seen a lot of growth in the past couple of years, and the platform saw a ton of new hardware at CES earlier this year. At the same time, Hisense announced that it would be adopting Google’s platform, and today the company’s first Android TV models are going on sale.

The Hisense H9E Plus lineup was first revealed back at CES as part of the company’s high-end offerings, and now it’s coming to the United States.

These 4K ULED TVs offer Dolby Vision HDR, HDR10, 240Hz motion rate (120Hz panel), and super slim bezels with a great design. On top of that, there are also 4 HDMI ports, dual-band WiFi, 2 USB ports, all of your typical audio outputs, and gigabit ethernet as well.

Hisense is offering the H9E Plus in 55-inch and 65-inch options, the former of which offers 30W Harmon/Kardon sound. Obviously, though, the biggest point of attraction here is the fact that Android TV is built-in.

Just like we’ve seen from other OEMs like Sony, you’ll have the full Android TV experience with the H9E Plus including the thousands of Play Store apps, as well as Google Assistant built-in. There’s even a dedicated Assistant button on the remote itself. It’s not confirmed on any listings yet, but you’ll presumably have Android Oreo out of the box here given Google’s previous comments.

Pricing for the H9E Plus series varies a bit depending on where you buy it, but at Walmart, the 55-inch model starts at $648, and Hisense recommends $1,199 for the 65-inch model. At the time of writing Walmart doesn’t have stock available, but Best Buy does on both models.

The Google Assistant allows Hisense users to ask questions, discover the best content and control smart devices around their home, all with just their voice. With the H9E Plus, consumers can use Google Assistant to control Hisense smart home appliances like the Hisense Portable Air Conditioners and Dehumidifiers.

“We are thrilled to bring Android TV with Google Assistant to the premium H9E Plus,” said Peter Erdman, Hisense USAVice President of Marketing and Business Development. “We recognize that consumers are looking for amazing picture quality, great content along with top-notch sound, all in an intuitive and customizable voice-controlled system.”

“Android TV re-imagines the living room entertainment experience by offering users a wide variety of content including Google Play Movies, YouTube and over 3,000 Google Play apps built for the big screen,” said Shalini GovilPai, Director of Product Management, Android TV. “We’re excited about working with partners like Hisense who match our level of excitement about building the future of TV experiences.”

The Pinnacle of Hisense Design and TV Technology

The H9E Plus also offers Android TV with Google Assistant. Android TV organizes and simplifies users’ favorite content into one easy-to-view and easy-to-search experience. They can easily find their favorite shows and movies from 3,000+ apps through the Google Play Store. And, with the Google Assistant built in, they can easily control or search for media with just their voice.