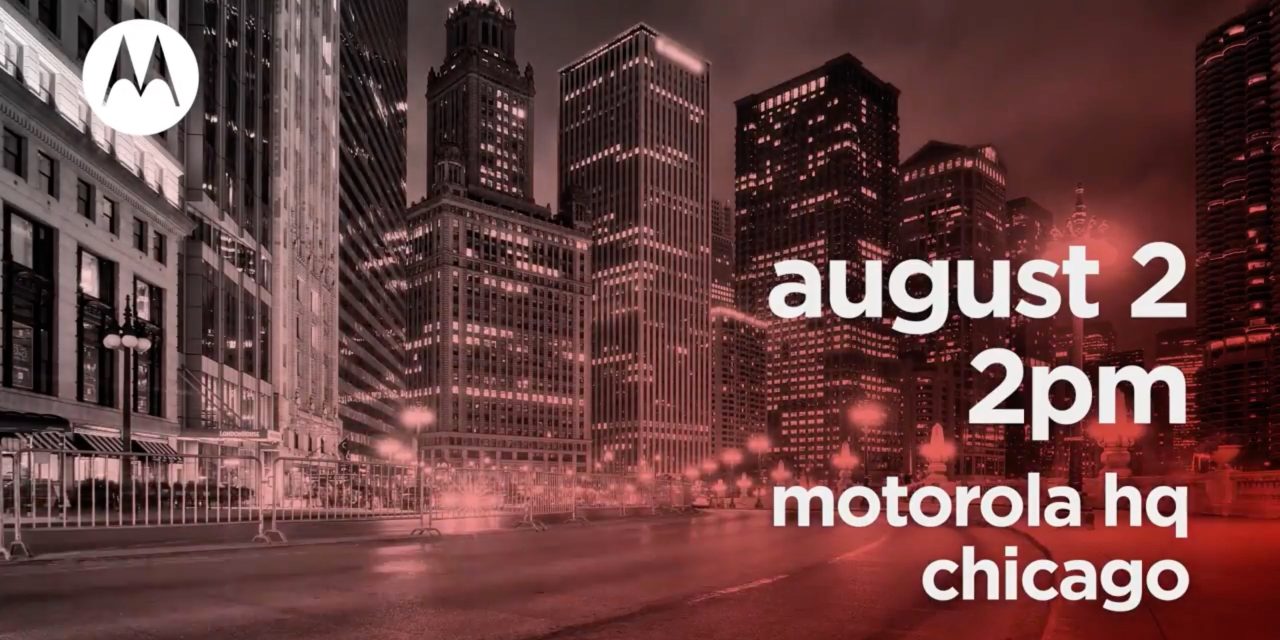 Back in April, Motorola announced the first phones in its 2018 lineup with the Moto G6 and E5, while the Z3 Play was unveiled earlier this month. The Lenovo-owned company is now planning another announcement set for August 2nd.

Motorola uploaded a video to its YouTube channel today (via The Verge) teasing “a big announcement at Motorola’s HQ in Chicago.” Set for 2PM CDT on August 2nd, the clip provides no real clue about what to expect besides, “Say “hello” to a whole new way to connect, stream, download, video chat, and more.”

We have yet to see the company’s flagship lineup for the year, with the majority of announcements coming at the low-end and mid-range — areas that Lenovo does excel with in international markets.

However, Motorola’s answer to the Google Pixel 2 and Galaxy S9 is still unclear. A standard Moto Z3 could be in works, but more recently we have seen a number of leaks about the Motorola One Power.

Featuring a very iPhone X-like design, complete with a notch and rounded corners, it is a notable departure from the company’s current lineup. Live images have since leaked out showing off the wide display notch and new branding direction with Android One. There are also rumors about a regular “Motorola One” model.