Android’s sharing menu has evolved throughout the years, but one of its most powerful additions came in Marshmallow with the arrival of “Direct Share.” In the latest release of Android P, though, that feature is being trimmed down a bit…

It’s definitely a handy tool, but it’s also slow to load and can crowd out the rest of the share menu options. In Android P DP4, Google has adjusted things a bit. As first noted by Android Police, the share menu now only shows 4 direct share targets instead of the 8 it previously could. This, unfortunately, doesn’t make much of a difference in the load time, but it does have a cleaner overall look.

Android’s sharing menu is definitely due for some big changes, and it’s a shame Android P isn’t the home of this. With Google giving a bit of attention to Direct Share in particular, though, I’d love to see the company give us an option to choose what targets appear in this list. 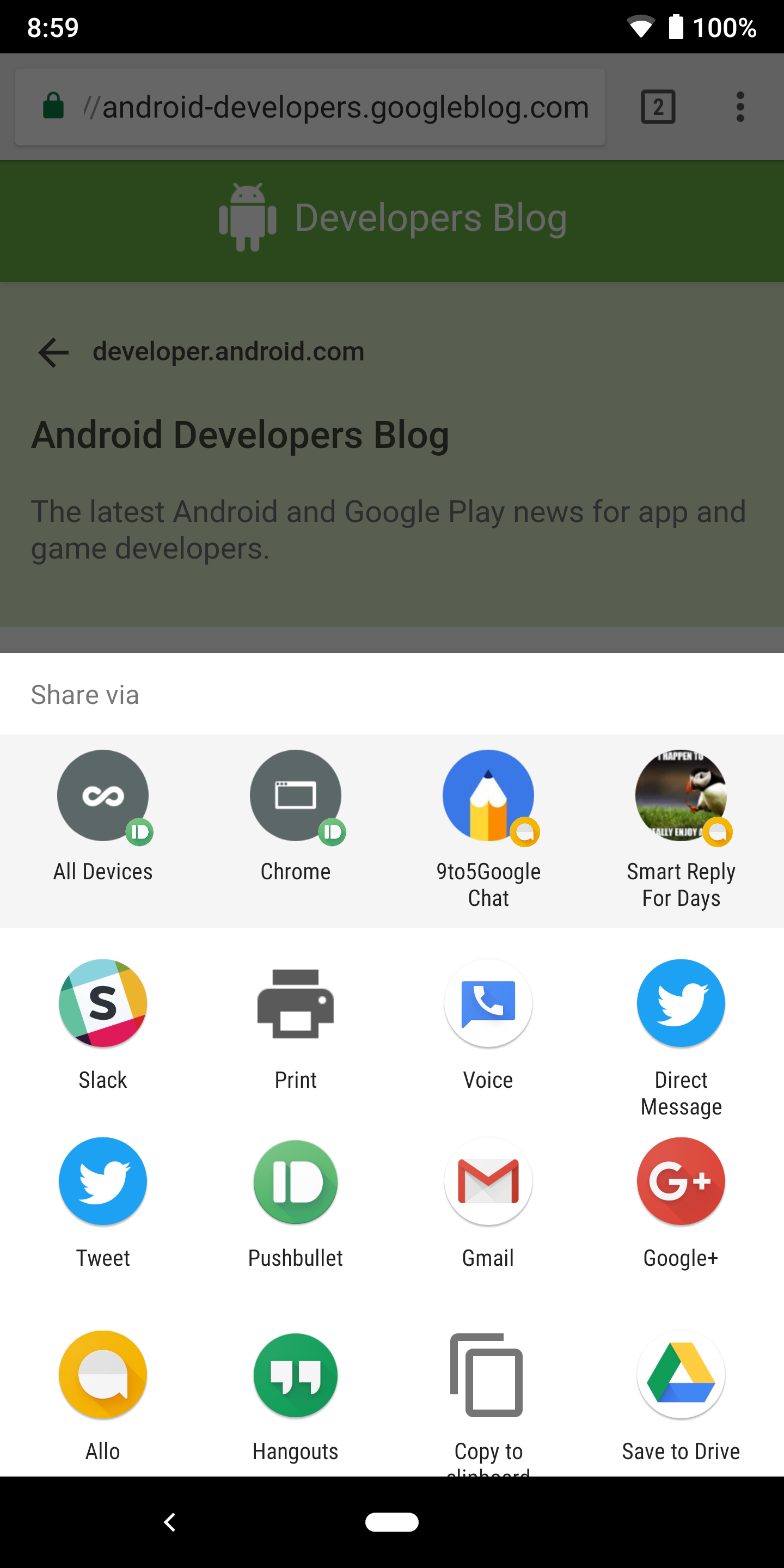 Come on Google, no one uses Allo anymore