With Chrome OS picking up support for Android apps, Google has slowly been bringing features from Android to the platform. Now, app shortcuts are preparing to arrive.

If you’ll recall, Android’s app shortcuts are a handy feature that allows developers to give users quick access to portions of an app directly from the homescreen with a long-press on the icon. Now, that same functionality is coming to Chrome OS.

Shown off by François Beaufort this week on Google+, the Chrome OS dev channel now supports app shortcuts for Android apps pinned to your dock. A simple right-click on the app’s icon pulls up the same “open” and “unpin” options as before, but it now also shows any app shortcuts available for that application. 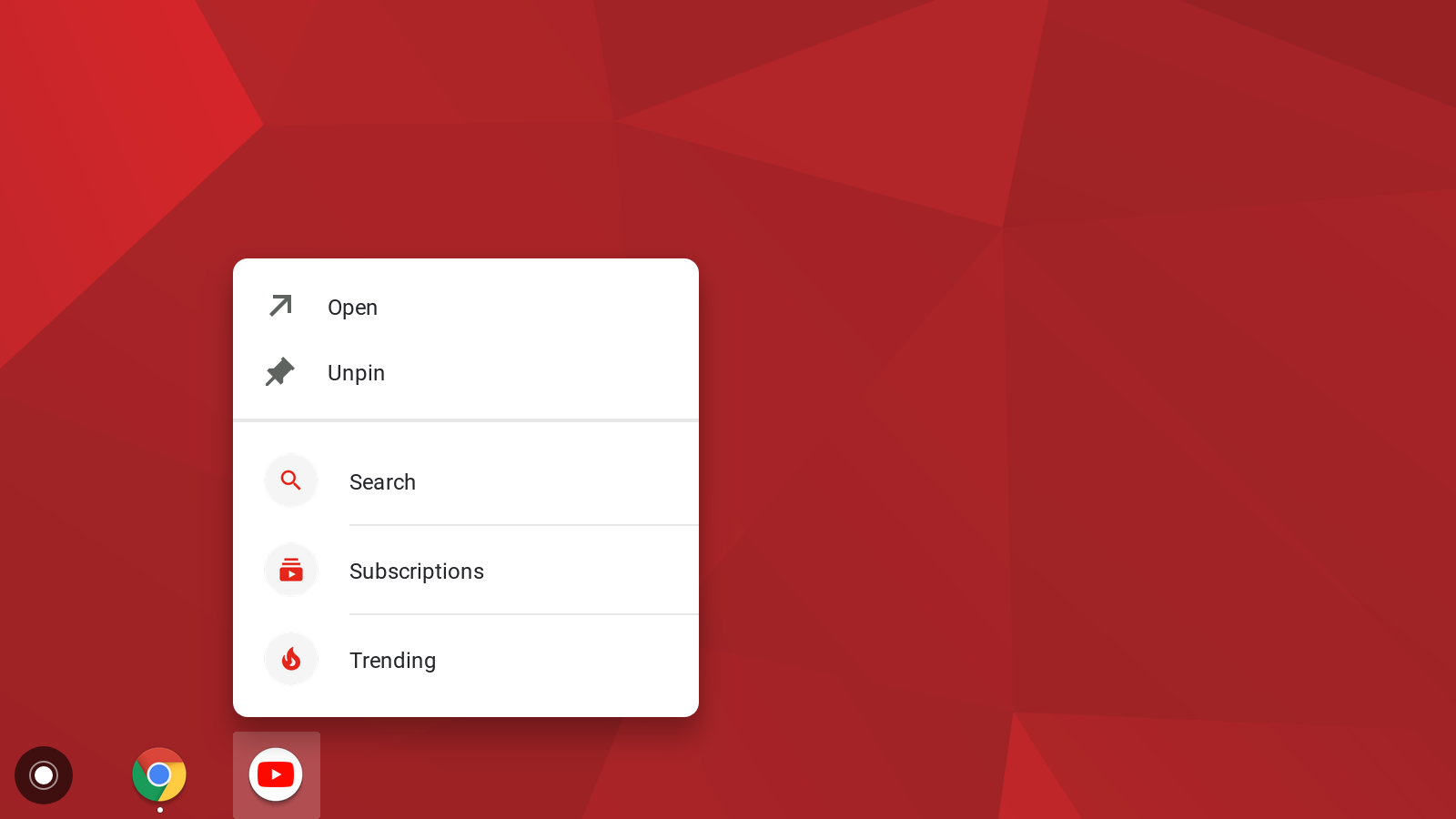 To enable this functionality, you’ll first need to update your Chrome OS device to the dev channel. From there, enable the flag below and reboot.