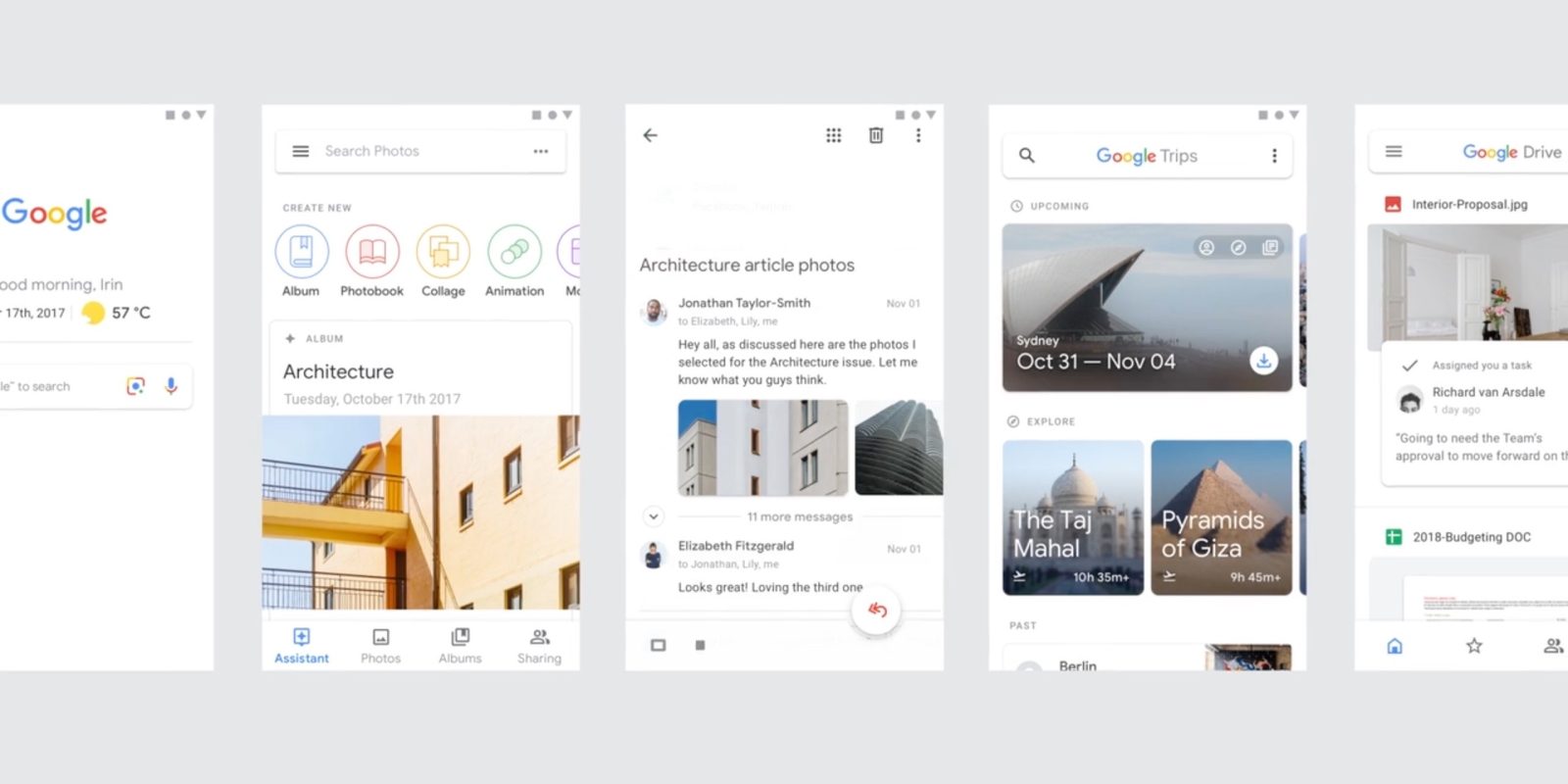 Google’s transition to update all of its apps with the Material Theme is well underway. A new video now shows off elements of the company’s new design language, while featuring various concepts for refreshed Google apps and services.

In the style of the original reel showed off with the 2014 launch of Material Design, this new video highlights various redesigned elements like search bars with slightly rounded corners, the bottom app bar, and Google’s new colorful centered FAB. It shows the design on both the web and mobile to demonstrate how the system scales to different devices.

The reel also dives into Google Sans, animating the small tweaks made to make the font work on a variety of screen sizes. It also demonstrates how it works in a variety of languages, sizes, and with symbols.

Google also highlighted its new system for icons. As particularly demonstrated in new bottom bars, icons are now outlines with the interior emptied out, resulting in a bolder look.

Color and Components are also touched on, with the latter available for all developers to user in their own apps and services. This includes the new rounded tab indicator, buttons that feature animation, and more.

Towards the end, the video imagines how Google’s various apps will be updated for the Material Theme from the previous Material Design. Bare in mind that concepts shown in the 2014 reel never became actual products or designs.