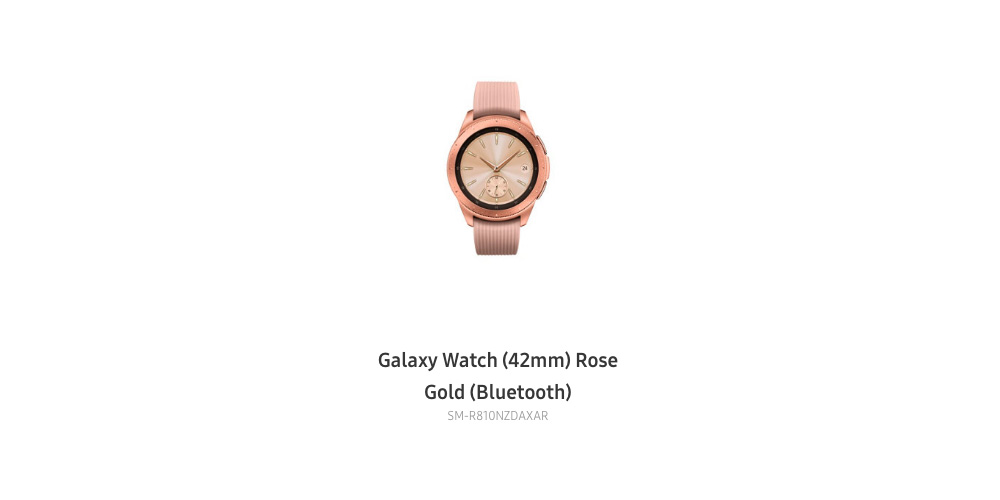 In just a couple of short weeks, Samsung will host an event to debut its new flagship smartphone, the Galaxy Note 9. At that same event, we’re also expecting to see a new Galaxy Watch. Today, that watch briefly appeared on Samsung’s own website.

Spotted by a CNET reader, Samsung’s website briefly gave us our first glimpse at the upcoming Samsung Galaxy Watch. The listing briefly showed the upcoming wearable alongside the company’s other offerings, and it reveals a couple of key details.

For one, the SM-R810NZDAXAR lines up with reports we’ve heard in recent weeks, and the size here is 42mm which helps support the idea of multiple sizes coming to market. The watch depicted here is in a Rose Gold color, a first for Samsung’s lineup, as well. The brief description also calls out Bluetooth, which makes sense as LTE variants are also expected. It also confirms the Galaxy Watch name definitively.

Most notably, this is our first look at the design of this new wearable. In this variant at least, the design is a nice mixture between that of the Gear S3 family and the Gear Sport, but with a classier look. The rotating bezel is presumably still in place, but it appears more subtle in this design.

The listing has already been taken off of Samsung’s website, but it’s the best confirmation we’ve had yet of what Samsung has in the pipeline. Hopefully, we’ll get more details in the next few weeks as well. 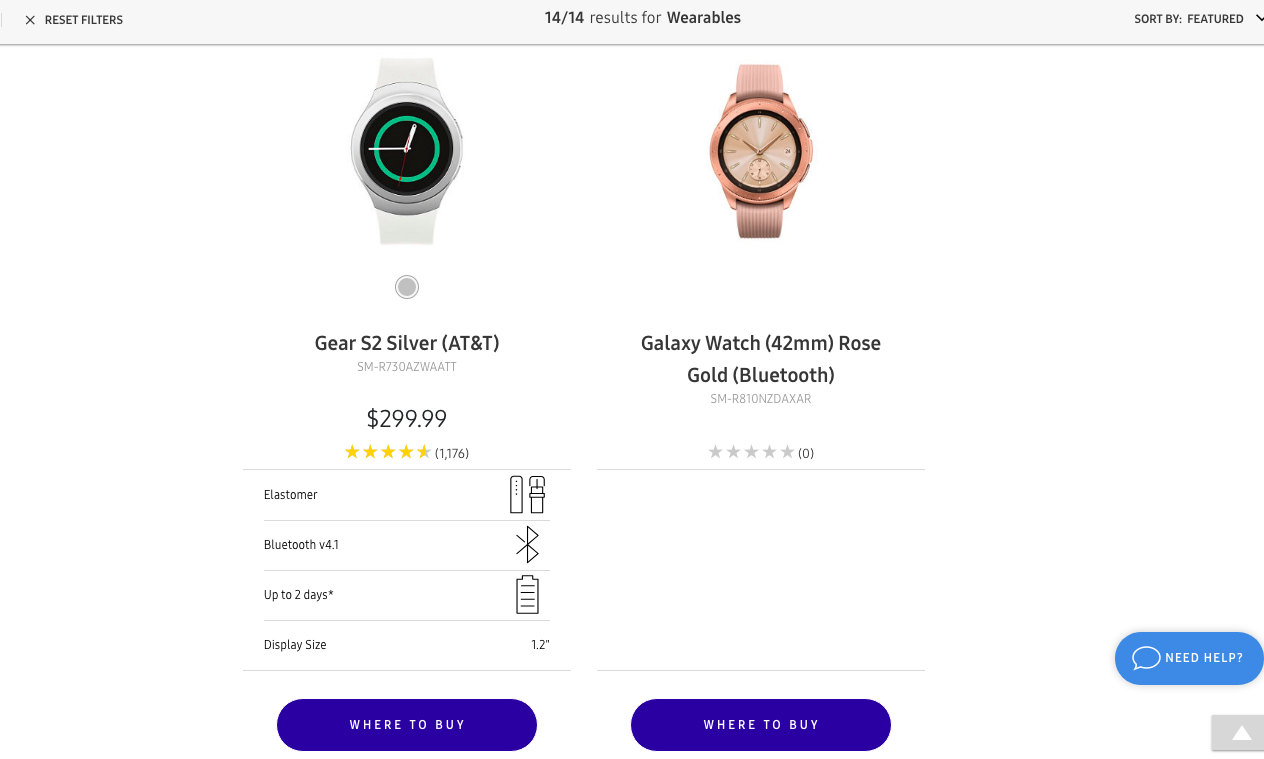