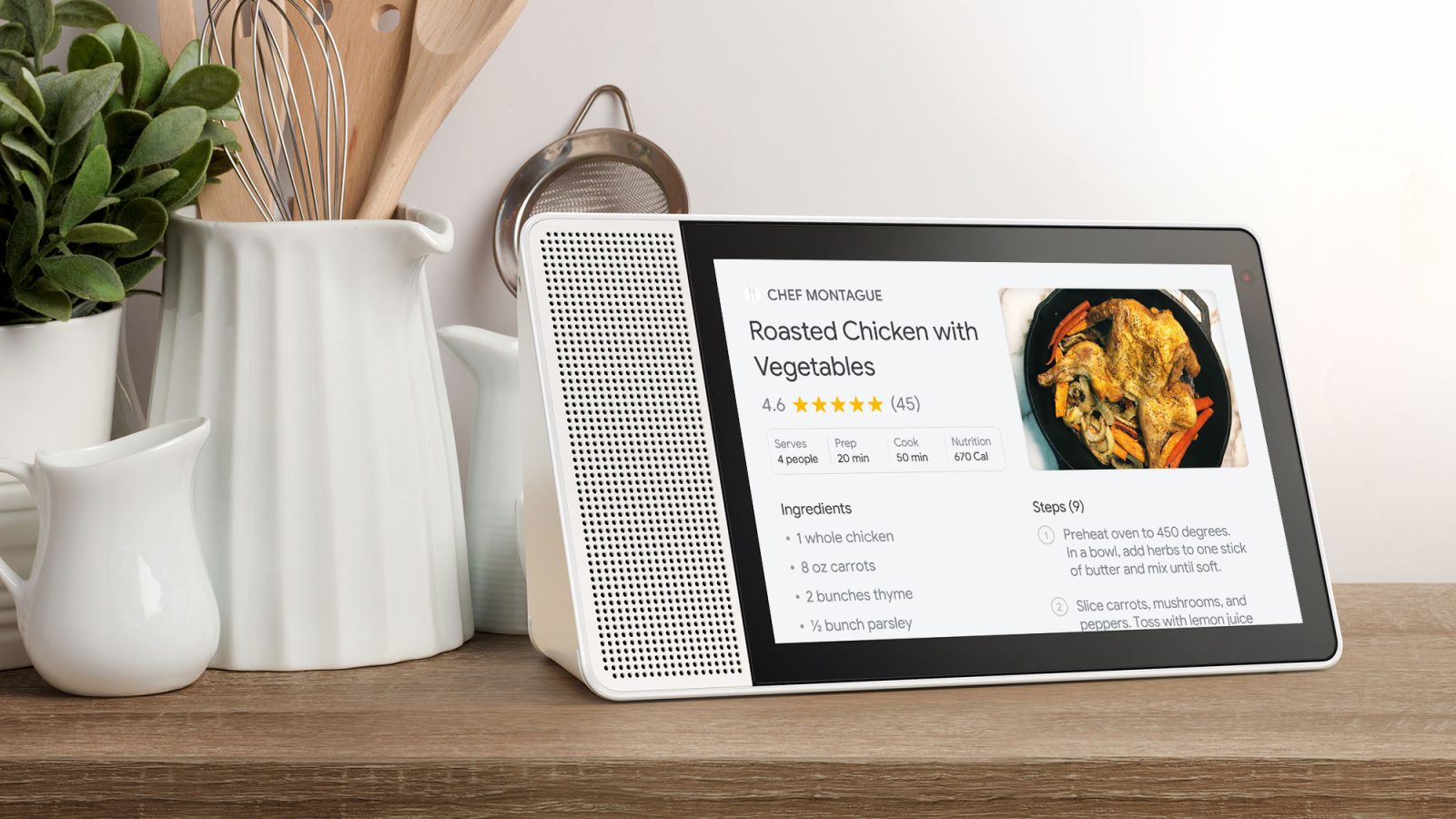 The device itself was announced at CES earlier this year, and it hasn’t changed since that announcement. It’s very similar to a Google Home in terms of functionality and it’s built on top of Qualcomm’s new Home Hub Platform with a Snapdragon 624 SoC. It also packs WiFi and Bluetooth, of course. Both devices come with a full-range 10 watt speaker for loud and clear audio.

As mentioned, you probably won’t be surprised with what these things can do — since they are Google Assistant-powered after all. You can say “OK Google” to do things like set timers, get quick tidbits of information from the Knowledge Graph, listen to music, control your smart home devices, and more, all now with an accompanying visual component.

But there are also new use cases that are emerging with these Smart Displays. For one, you can play content from YouTube, YouTube TV, HBO Now, Google Play Movies, and more. In fact, Google notes that with every Smart Display purchase, new subscribers will get three free months of YouTube Premium.

Another use case that will likely turn out to be popular will be recipes. The kitchen seems like the most obvious place in your home that would benefit from another screen, and you can use that screen to easily browse a plethora of recipes and walk through them step by step.

As was announced earlier this year, the Lenovo Smart Display is going to be available in two sizes. There’s the base 8-inch HD version for $199.99, and another, slightly larger version that’s 10-inch and Full-HD for $249.99.

Keep in mind that this isn’t the only Smart Display. Both JBL and LG announced their own models earlier this year, and Google itself might even have one in the pipeline — stay tuned!