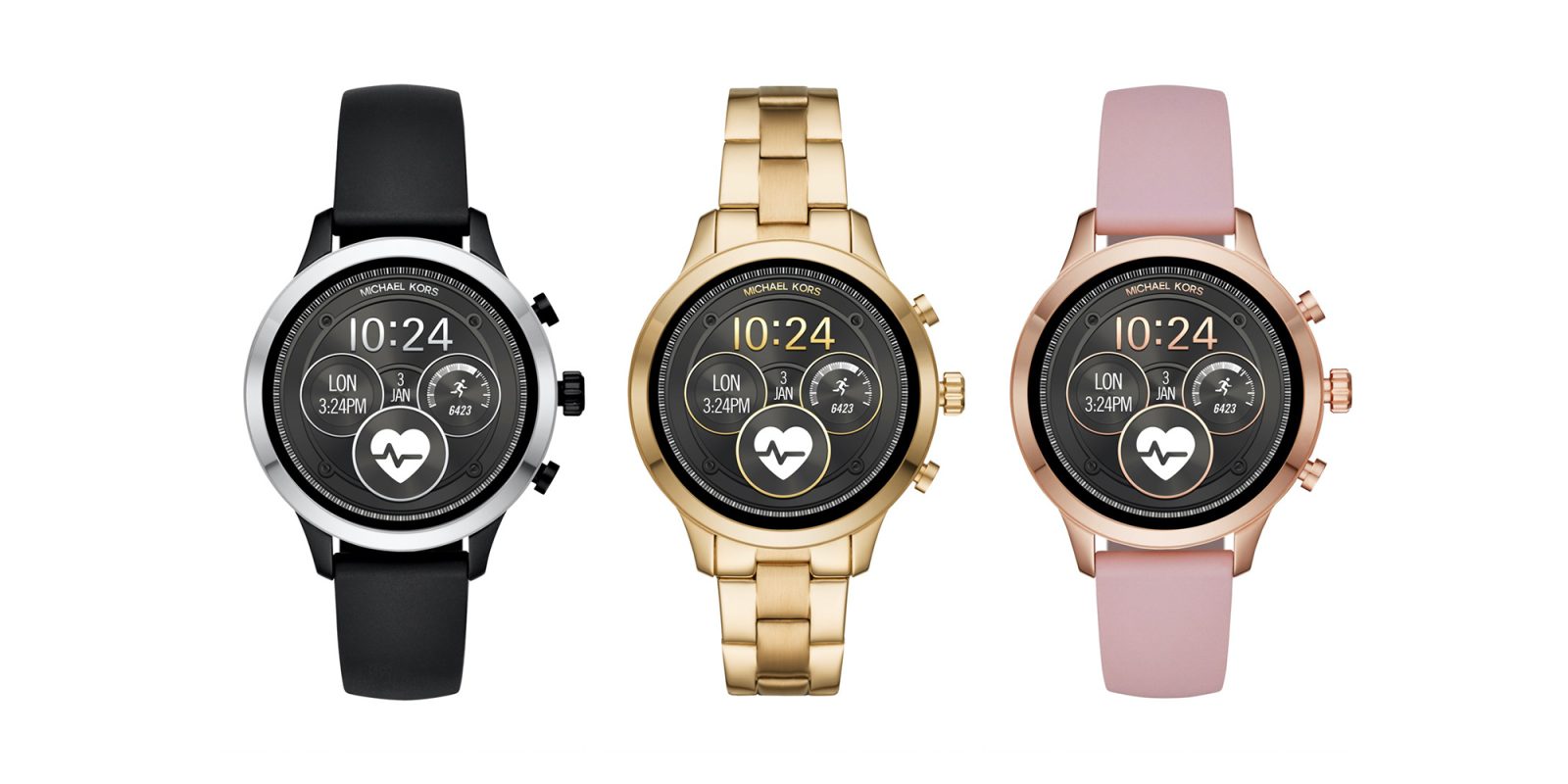 Fossil Group is easily the biggest player in the Wear OS space today, and lately, we’ve seen a couple of refreshes from the company’s catalog. Today, the Michael Kors Runway is getting revamped with a lot of handy new additions…

If you’re unfamiliar, the Michael Kors Runway is a popular watch sold by the watchmaker as a traditional watch. Now, the company is revamping that design with Wear OS at the center, adding on a touchscreen and plenty of features too.

With Wear OS, the new Runway, of course, feels like most other smartwatches running Google’s platform today. It also has similar specifications including Qualcomm’s Snapdragon Wear 2100. This definitely feels like a misstep, especially with a revamped version of that chipset likely arriving in September.

The Runway doesn’t lack for features, though. It has built-in GPS, the standard Bluetooth and Wi-Fi, as well as a “swimproof” design that has 3ATM water resistance. There’s also a heart rate monitor and, notably, NFC for using Google Pay with your watch.

The Runway features a 1.2-inch 390×390 display and “a day’s” worth of battery life. Engadget also mentions that there are customizable “photo dials with themed stickers” and new watch faces that focus on your heart rate.

Pricing starts at $295 and tops out at $450 depending on the colors and bands you select. Silver, gold, and rose gold options are available, and sales kick off today.