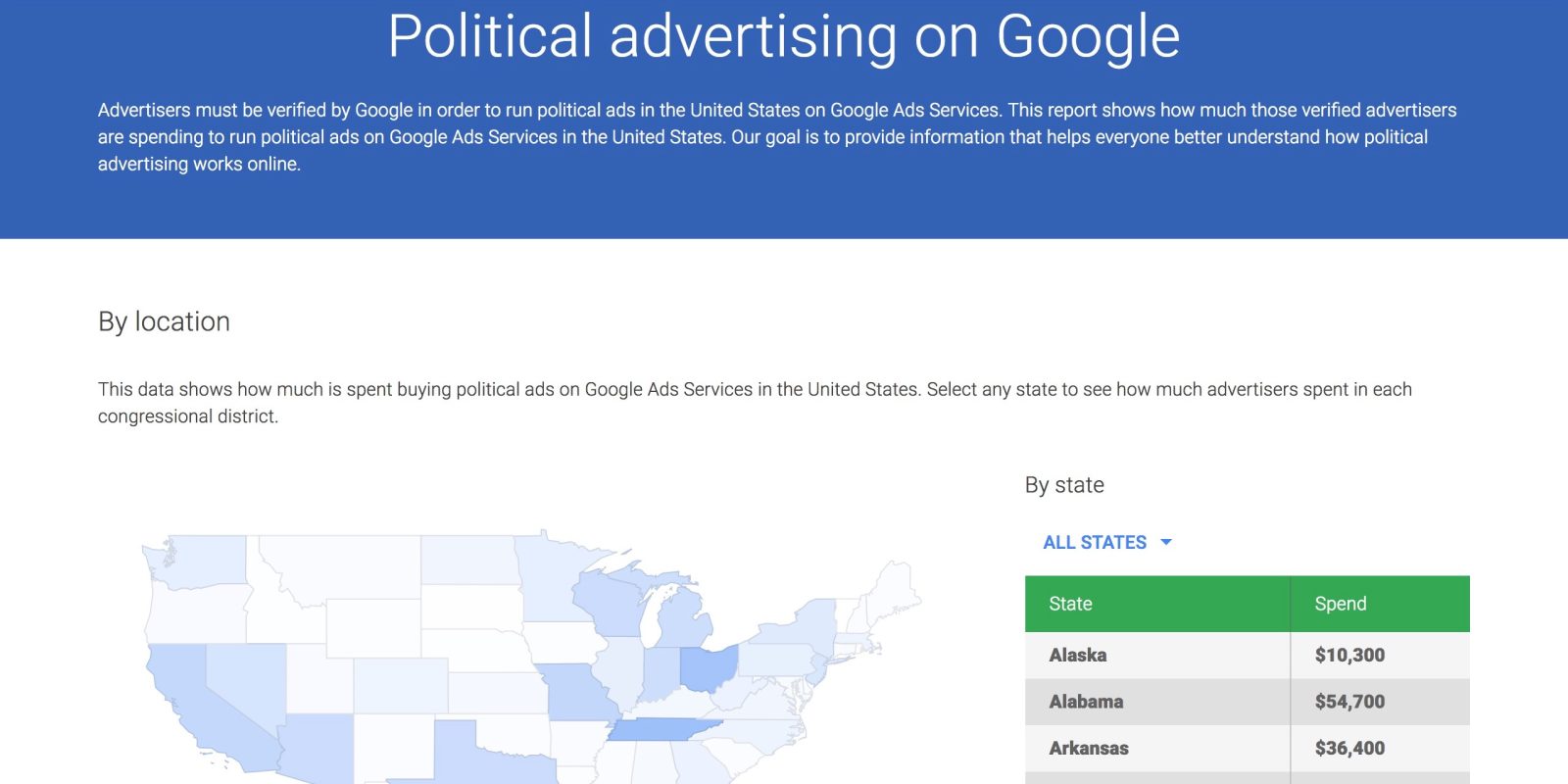 Last year, Google and other companies detailed how Russia used tech platforms to interfere in the 2016 U.S. election. Ahead of the 2018 midterms, Google is releasing a new category on its Transparency Report that details political advertising and a searchable political Ad Library.

Earlier this year, Google rolled out new requirements for advertisers purchasing U.S. election ads, including a “paid for by” disclosure and being a legal U.S. resident. The new Transparency Report on political advertising joins existing sections on HTTPS adoption, content removals, and user information requests.

The new political advertising report shows who buys federal election ads in the U.S., how much money is spent across states and congressional districts on such ads, and who the top advertisers are overall.

According to Google, the downloadable report is designed “for anyone interested in transparency” and will be updated weekly ahead of the November congressional elections.

With the new Ad Library, users can rank advertising by most views and largest reach, while an API allows researches and watchdog groups to “write code and run their own unique queries on this data set,” including visualizations like charts, tables, and graphs.

As several publications have pointed out, “issue ads” about a general topic, rather than supporting a specific candidate” are not yet available. Google notes that it’s working with patners to “explore” those tools.

We’re working with experts in the U.S. and around the world to explore tools that capture a wider range of political ads—including ads about political issues (beyond just candidate ads), state and local election ads, and political ads in other countries.