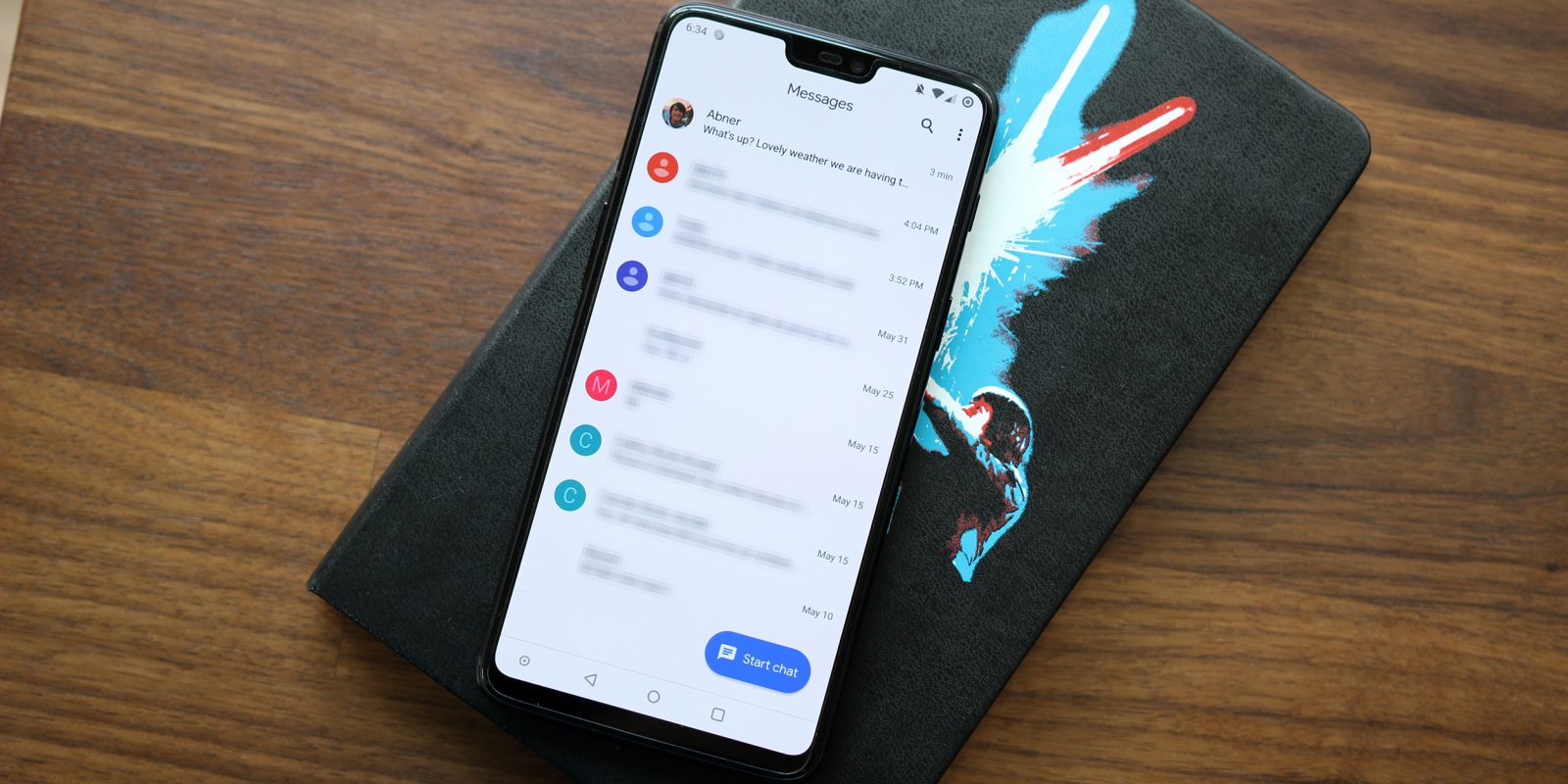 In recent weeks, Google Contacts, Duo, and Phone have all been updated with the Google Material Theme. We’ve been tracking a similar redesign for Android Messages since June and it’s now beginning to roll out today, alongside a dark mode.

Update 8/18: Google has rolled back the Material Theme update to Android Messages, thus removing the dark theme in the process. As we noted in our APK Insight of version 3.5, the redesign is rolling out via a server-side update.

Like with Contacts and other new Google apps, the Material Theme makes itself immediately evident thanks to a stark white background that replaces the previous light gray color. The new centered app name at the very top, along with various other titles, uses Google Sans.

While the app’s icon is still blue, the app bar loses that tint and is now white, resulting in a merged look with the status bar.

At the bottom, there is a new oval-shaped FAB in the corner that says “Start chat” in a likely wink to how “chats” in RCS are the equivalent of SMS “texts.” The start “New conversation” page is functionally unchanged, but benefits from the merged app and status bar. 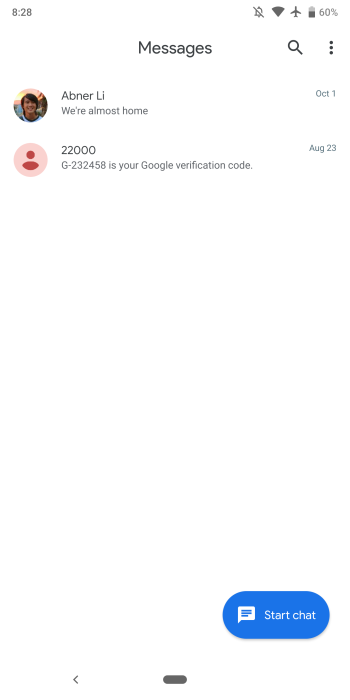 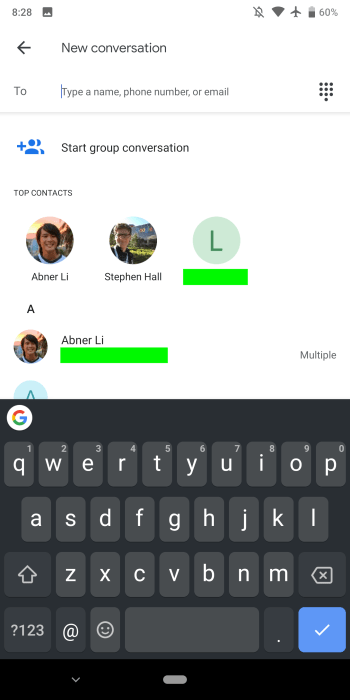 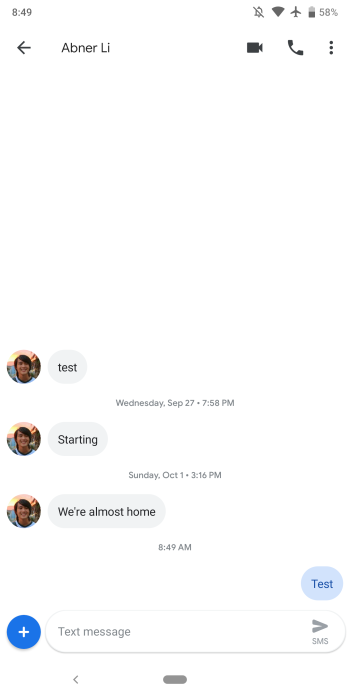 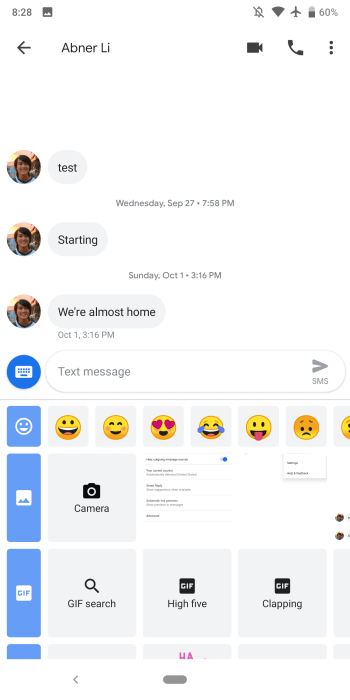 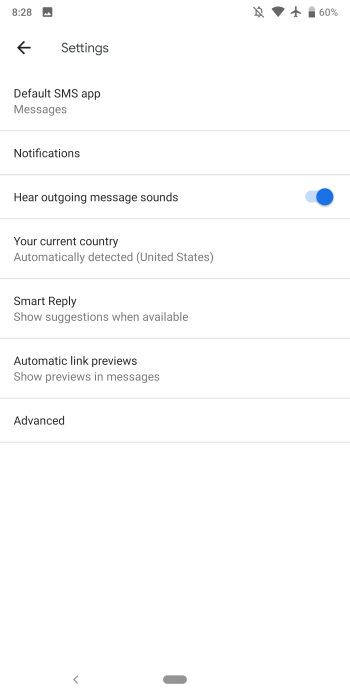 As we spotted before, the Material Theme removes the ability to edit contact colors in the “People & options” menu of a conversation. Meanwhile, message bubbles from the person you’re conversing with adopt a gray background. In the past, messages you sent were gray in color, but now they are a light blue. The SMS send button in the bottom-right features a rounded icon, but that is the extent of changes here. 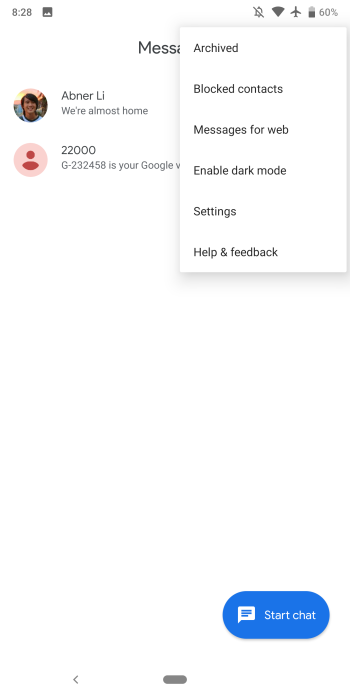 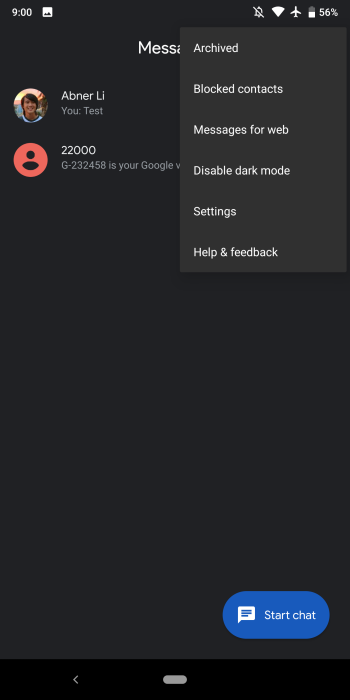 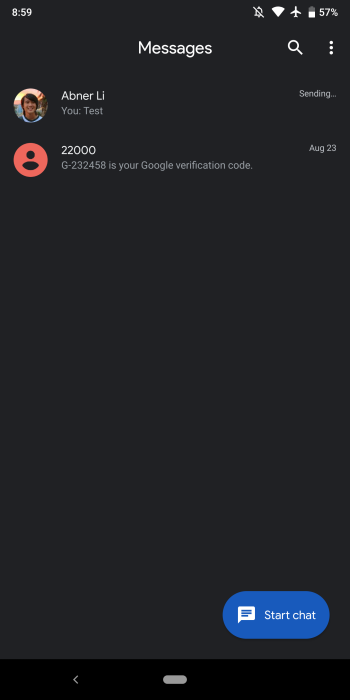 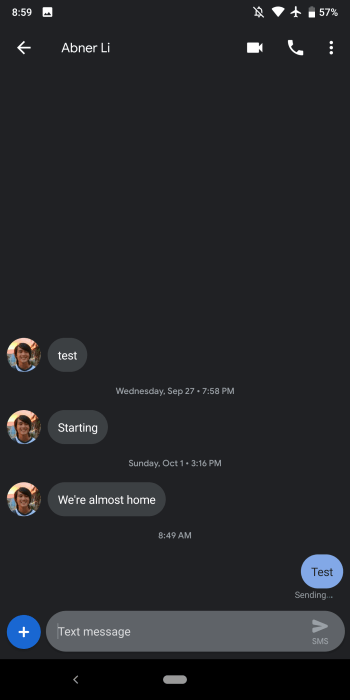 Meanwhile, the other big addition is a new dark mode to help compensate for the stark white background. Conveniently accessible from the overflow menu in the top-right corner of the home screen, the background and text messages switch to a dark gray, while generic contact avatars inverse and become darker.

Version 3.5 of Android Messages is rolling out now via the Play Store. 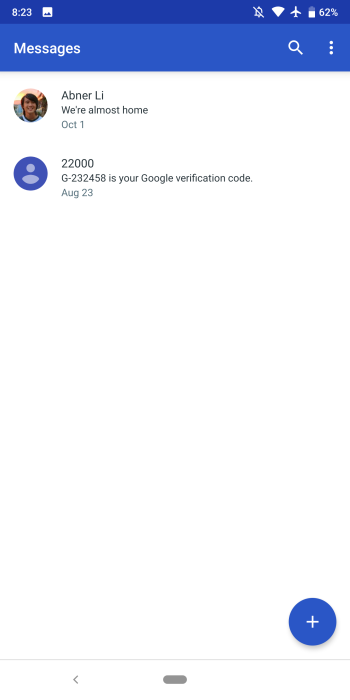 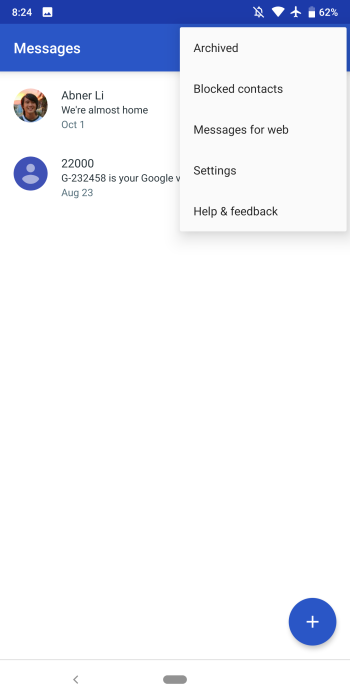 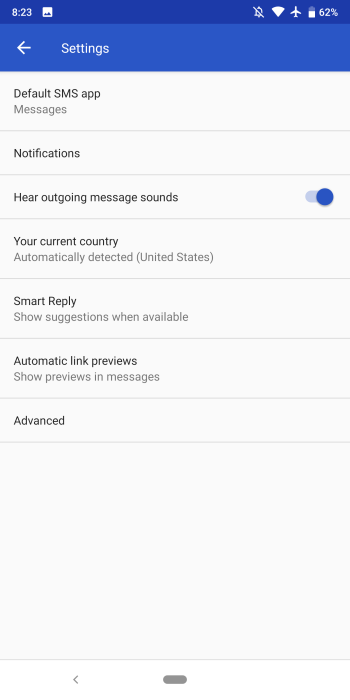 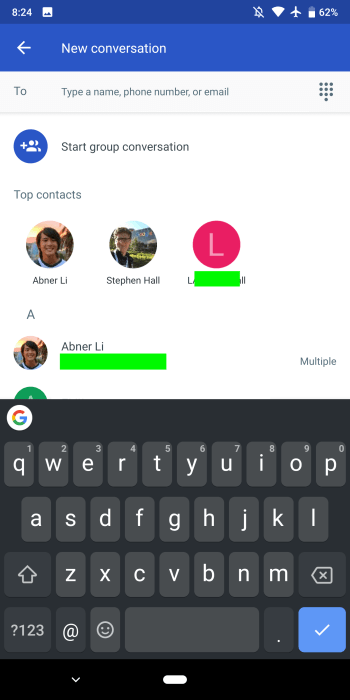