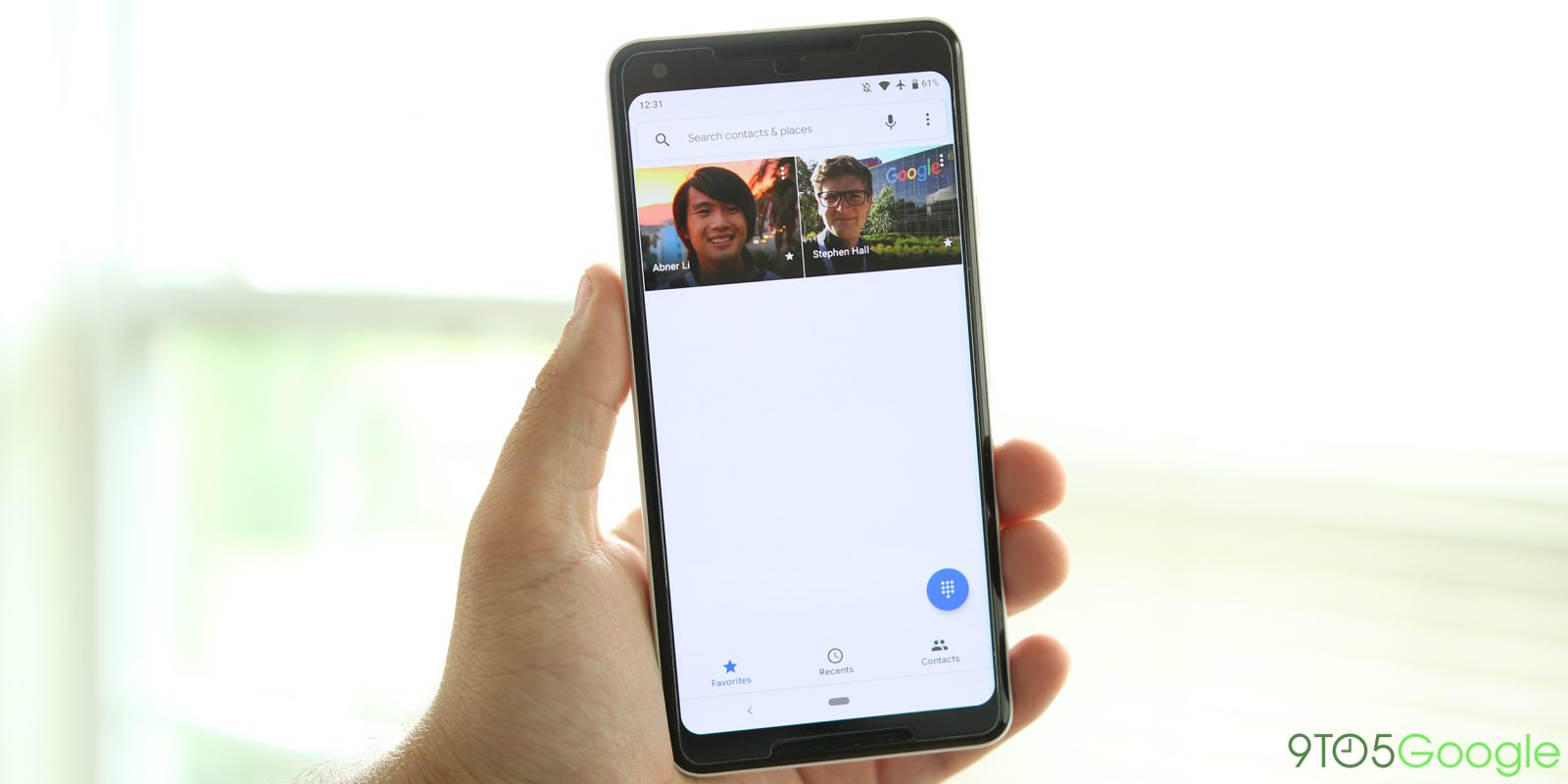 Following Google Contacts gaining a Material Theme earlier this week, Google Phone is now the latest Android app to get a redesign. The new look adopts a stark white background throughout and the Google Sans font, but organization and placement remains totally unchanged.

In April, the Phone app introduced a bottom bar redesign with those icons for Favorites, Recents, and Contacts now appearing much bolder. Meanwhile, the text description underneath uses Google Sans, like the rest of the app. This is especially evident on the grid of contacts, and might help with visibility especially given the now blinding background.

Like with Contacts, Google Phone drops the dark blue theme, but also replaces the app bar entirely with a search box that features slightly rounded corners. Functionality is unchanged with a microphone icon and overflow at the right. In that menu, there is a new “Clear frequents” option that can be used to remove recent, but not starred, contacts at the bottom of the Favorites tab.

Meanwhile, this change results in a white status bar and is also applied to Settings. However, some of the menus still feature that familiar color up top. Besides highlighting what tab you’re currently viewing, a lighter shade of blue is used as the new FAB color, replacing the previous dark pink button for opening the phone dialer. 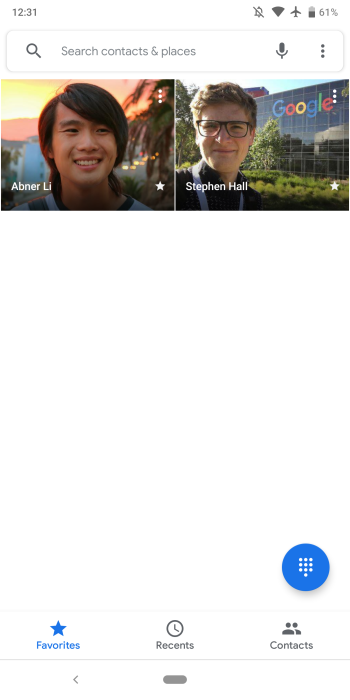 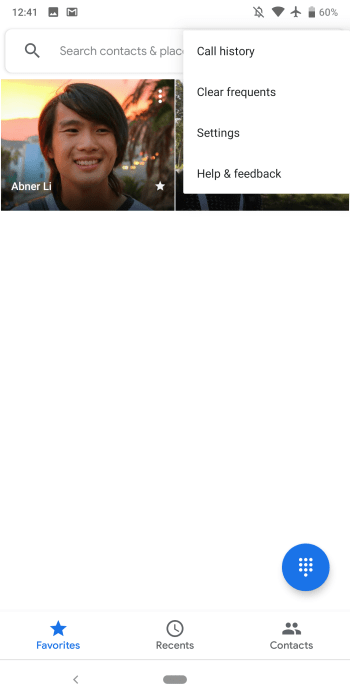 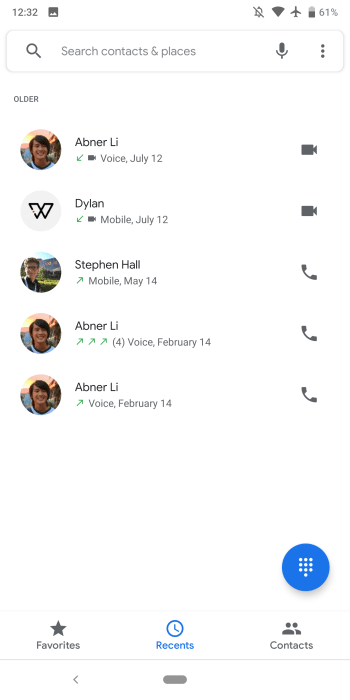 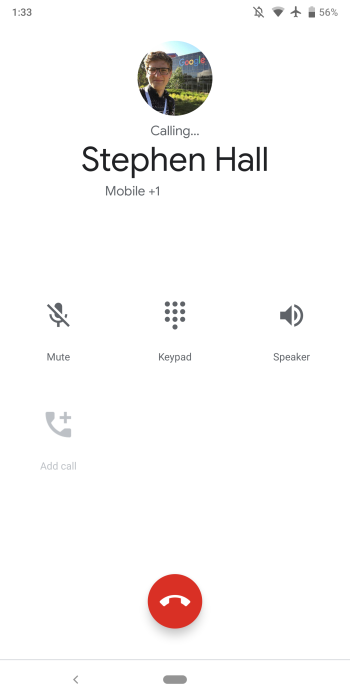 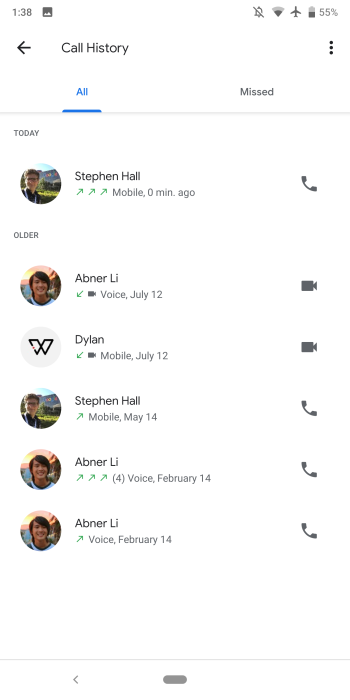 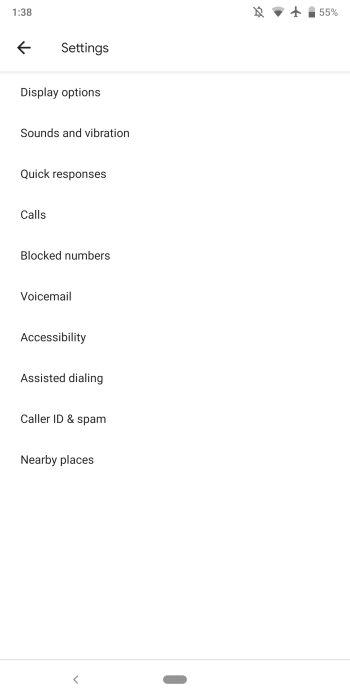 In the Recents tab, cards are no longer used to contain each item in the call history, but otherwise there is no change. The same can be said of the dedicated Call History page that now makes use of the new style rounded tab indicators.

One of the more stark changes in Google Phone due to the Material Theme is on the calling screen. The blue-tinted transparency over your system wallpaper has been replaced by a generic white background.

Lastly, the app icon has been tweaked with a lighter shade of blue for the background and a more rounded analog phone. It follows Google Contacts and the new Material Google Duo icon we spotted last week.

Version 23 is currently rolling out to users in the Play Store beta, and should see a wider release in the coming weeks. You can sign-up for Google Phone’s beta program here or by heading to the Play Store listing on Android and scrolling to the bottom. 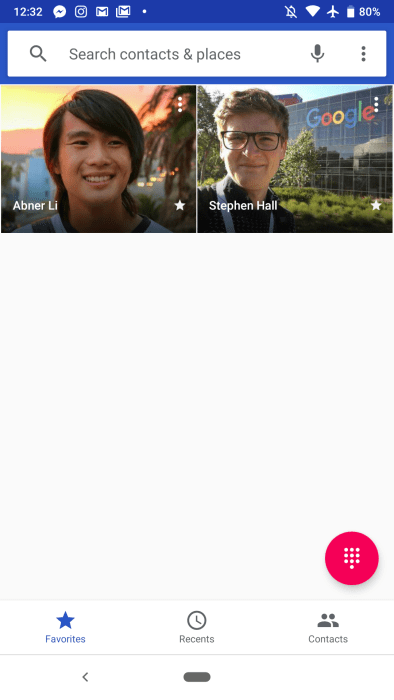 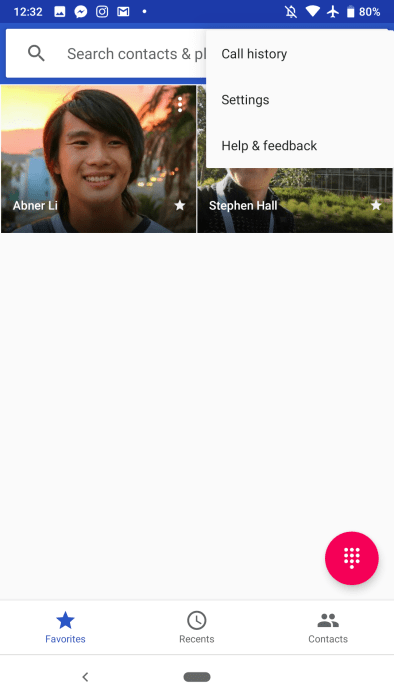 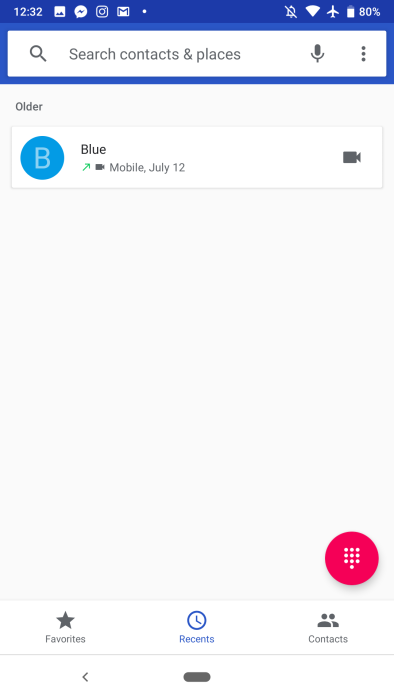 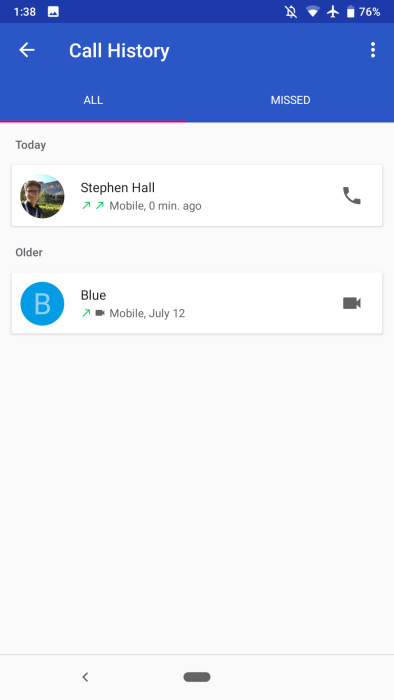 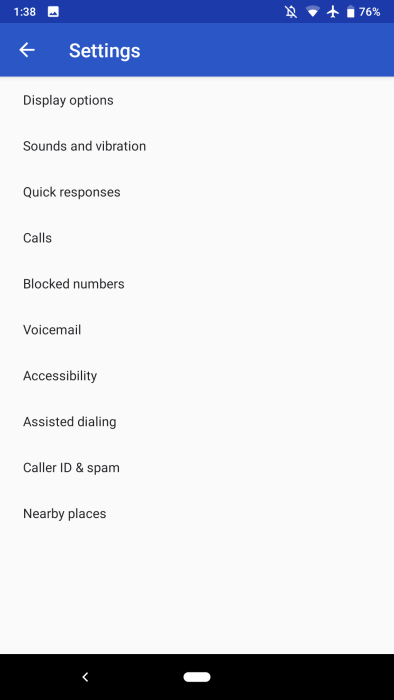