Google last month introduced the highly anticipated ability to send and receive texts from the web. The feature reflects how Google is centering its messaging future around Android Messages and ultimately RCS. That standard, long touted as an upgrade to SMS, is finally getting adoption from all the key players around the world and users are closer than ever to benefiting from it.

But as the world makes this shift, it can be a bit confusing to see what distinguishes Google’s Android Messages app and the RCS standard. Oh, and what’s that “Chat” thing I’ve heard about?

Given how it “hasn’t evolved to take advantage of all the features that smartphones enable today,” Rich Communications Services (RCS) is aimed at upgrading SMS. There is a decade-long history of various releases, but in 2016 carriers around the world finally agreed to the Universal Profile.

This RCS Universal Profile guarantees a consistent experience that allows users on whatever network and device to get messages and use the same features. While Cupertino has been almost silent on RCS, Google plays two roles in the big transition to the new standard.

It is one of the two operating system vendors — the other being Microsoft — to publicly support RCS on devices. Apple, the other major player in the phone space, has yet to announce whether it intends to support RCS on iOS and thus be compatible with the vast majority of other devices. Google also offers the Jibe Cloud and Hub to help carriers add and support RCS.

Before we dive further, it’s important to note that the average user will likely never hear of “RCS” even when they get the new features. “Chat” is the consumer-friendly name of this initiative, with carriers and Google planning to exclusively refer to it that way. In Android Messages currently, the functionality is referred to simply as “Chat features.” Anything sent over RCS is officially considered a “chat message” compared to a “text message” for SMS and MMS, Google says.

Most messaging services from Hangouts to Facebook Messenger feature typing indicators that note when the other person has entered text and is preparing a reply. Meanwhile, the sender can also know if a message has been read by the other person. For the privacy conscious, these two options can be disabled in settings.

Like many services today, there is cloud component to RCS that’s either controlled by the carrier or solutions like Google’s Jibe RCS Cloud. With photos, users are uploading an image to that cloud with the recipient’s device receiving a randomized URL. The end user will just see that photo, with that backend URL not publicly visible.

Unlike SMS and MMS that requires a connection to your carrier’s cellular network, RCS chats can be sent over any internet connection, including Wi-Fi.

If all members in a group have Chat enabled, they will be able to use all the feature, as well as access controls to leave and join.

In addition to the consumer features, businesses also get new functionality with Chat. RCS Business Messaging allows companies to have more interactive conversations with customers.

For example, an airline could send a boarding pass right in conversation. This rich media card allows for flight updates and terminal maps. Meanwhile, a store could offer in-line maps right in a conversation, as well as other branding experiences.

When will you get Chat?

As of today, 50 carriers in 33 countries have launched RCS. In the next 12 months, the GSMA forecasts 40 new operators in 30 countries. In the US, Sprint already supports it with T-Mobile beginning testing. Meanwhile, AT&T and Verizon have finally agreed to also support it in recent months.

On the device front, 11 manufacturers have agreed to the Universal Profile, along with 55 operators. 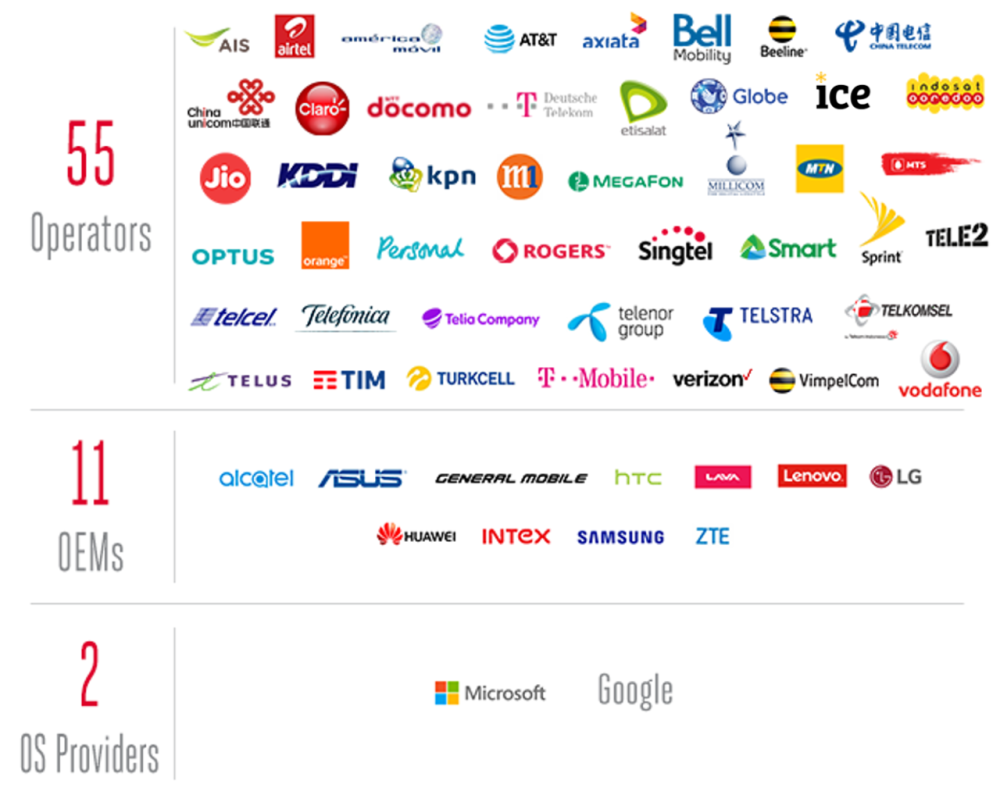 Those features require RCS, but like with most carrier-related efforts it will take a while for them to be available. When it is rolled out, Android Messages will prompt you with a notification to “Do more with Android Messages.” In Settings > Advanced > Chat features, users will be able to turn on/off individual features.

However, Google is not waiting for universal availability to differentiate itself on messaging. With competition from Facebook Messenger, WhatsApp, iMessage, and a host of other services that have international footholds, it needs to keep users on a Google service.

This past April, Google announced that it’s consolidating messaging around the Android Messages app, adding features to the SMS and RCS client rather than maintaining a separate service like Allo. As such, Android Messages is slated for a litany of new features in the coming months that don’t require RCS. 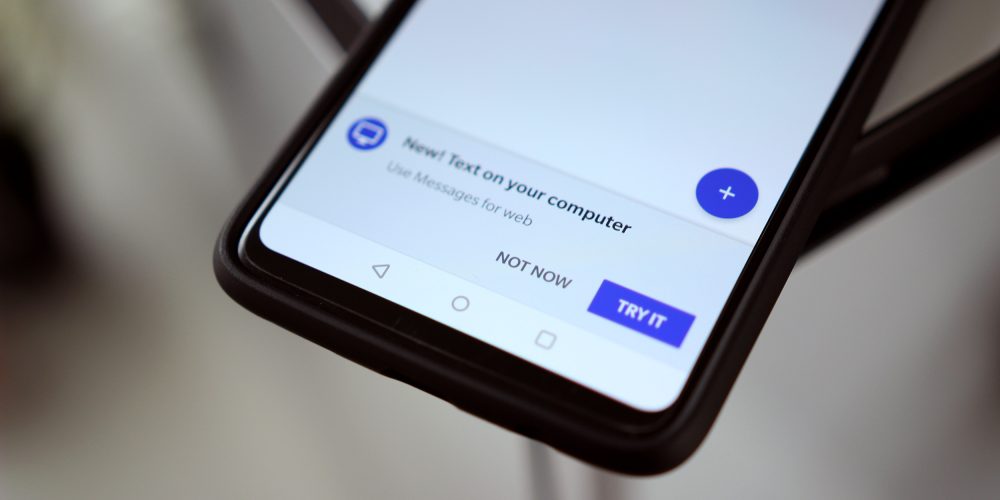 Google has already launched Messages for web to create a first-party way for Android users to send and receive texts and chats from the web. The solution is not as elegant as iMessage, for example, but it’s been long-awaited.

Meanwhile, Smart Reply in Android Messages analyzes recent messages to offer suggestions on how to reply in the form of a carousel of phrases at the bottom of your screen. More recent additions include inline GIF search and the ability quickly copy two-factor authentication codes.

We’ve enabled a Google Material Theme for Android Messages that introduces a stark white interface and a handful of visual changes, while Google is also working on an improved search feature for the app with filters for images and videos.

New Google messaging head Anil Sabharwal also teased Google Photos integration, as well adding the Assistant. In Allo, it can be used to offer restaurant suggestions and can be quickly queried to show results for all participants in a conversation. In fact, we detailed on an episode of Alphabet Scoop that a future version of Assistant might surface suggestions automatically.

Both features would join existing Google Pay integration that allows users to quickly send and request money from contacts, as well sharing your location with Google Maps.

Unfortunately, despite the flurry of upcoming features, end-to-end encryption is not one of them. Given the number of players involved in an RCS implementation, the system cannot be locked down from governments or even carriers. This is one aspect where the future looks like the SMS past.

This has been a long-running criticism of RCS, especially following Google’s backing of it. As such, Apple and iMessage continue to retain their privacy lead, while users might end up turning to a third-party service when needed. It’s a shame that the Google-backed solution was not capable of affording customers this protection by default.

So how does this all fit together?

The short of it is that there’s many moving pieces, and Google is only part of it. Carriers — including Google’s own Project Fi — are going to take quite some time to adopt Chat over the course of the next couple of years, the various OEMs are going to take some time to get their pieces in order, and it’s not yet clear when Apple plans to do so.

Thankfully for those that use Android Messages, though, Google is ready. Not only will Android Messages be adding new features over time, but the pieces are in place that as soon as your carrier enables RCS, you’ll be good to go.