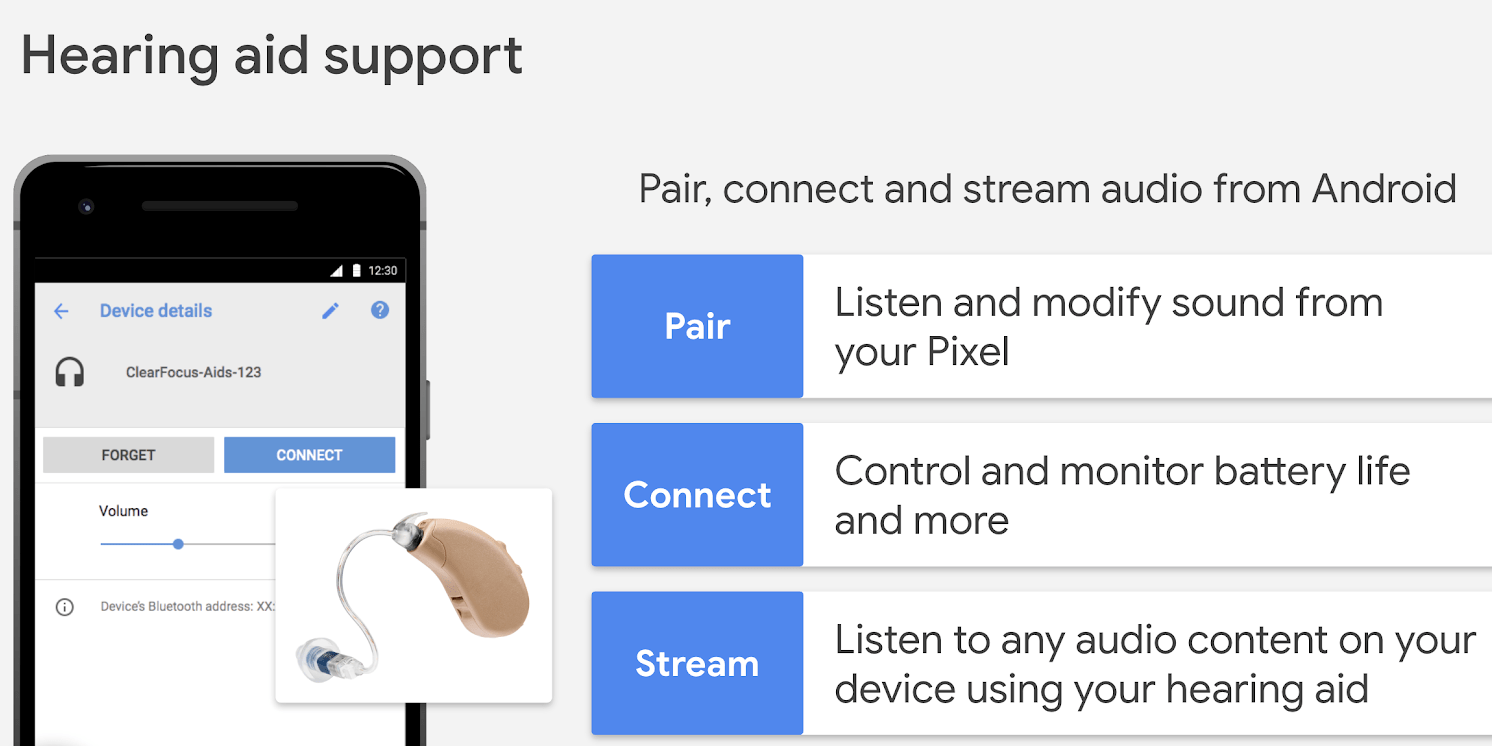 Today’s hearing aids increasingly overlap and share the same functionality as Bluetooth headphones. Google is now working to improve the experience on Android with native support through a new direct audio streaming specification coming in a future OS update.

Google announced a partnership with hearing aids manufacturer GN Hearing today to add direct audio streaming from Android to these assistive devices. In addition to their primary purpose of amplifying sounds, hearing aids will be able to essentially act as Bluetooth headphones. Wearers will be able to just use one device to hear the world, listen to music, take phone calls, and more.

According to the World Health Organization, around 466 million people worldwide have disabling hearing loss. This number is expected to increase to 900 million people by the year 2050.

This is being accomplished through a new Audio Streaming for Hearing Aids (ASHA) specification that will be open to all other hearing aid makers. The spec is designed to have minimal impact on battery life with users able to monitor the power status and modify other settings from Android.

Google has published the protocol specification, with this native support coming in a future version of Android. GN Hearing’s ReSound LiNX Quattro and Beltone Amaze devices will be the first to support it.