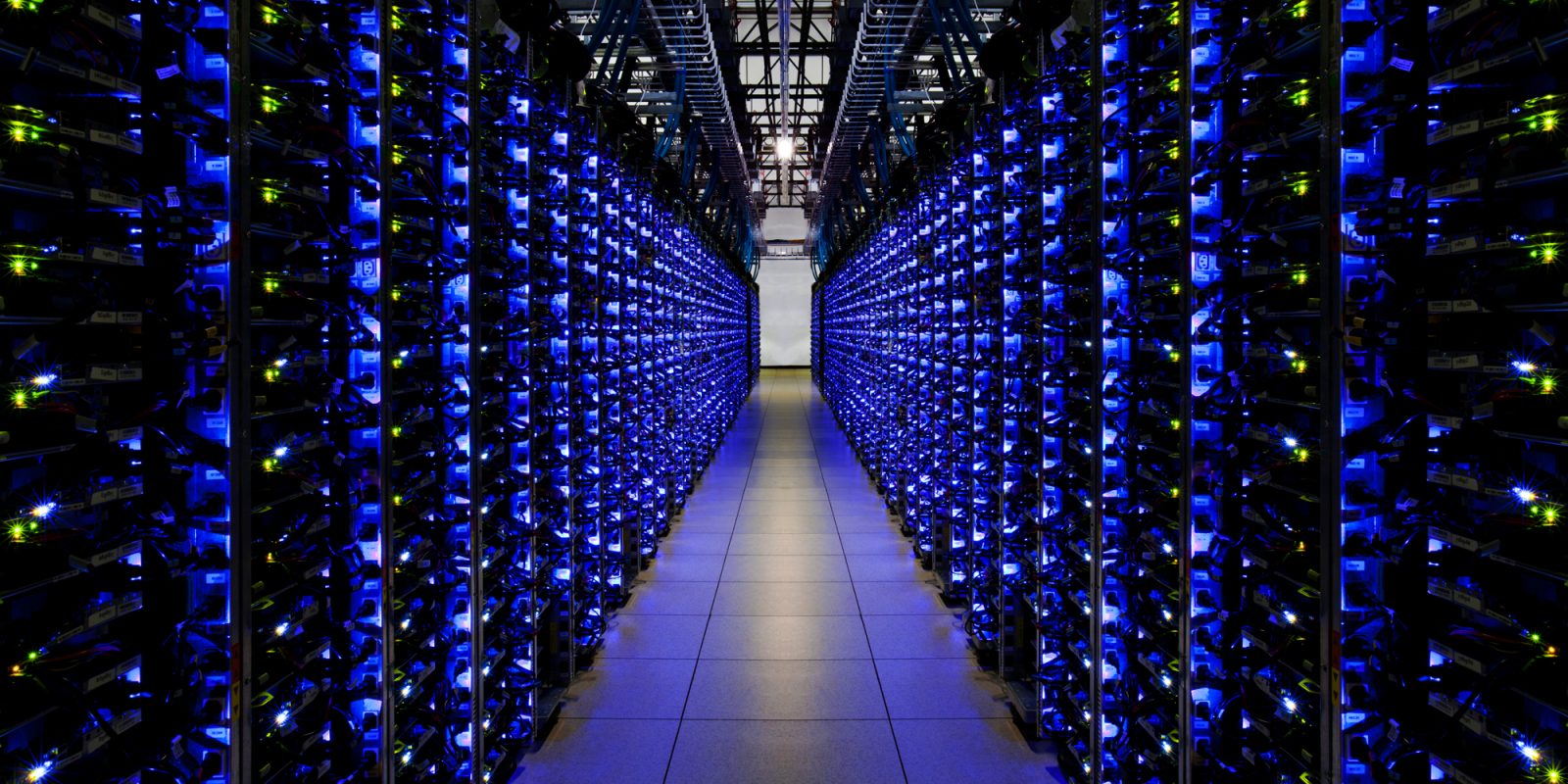 In Android 9 Pie, Alphabet’s DeepMind division is responsible for machine learning features like Adaptive Battery and Brightness. One of the first collaborations between the two companies was an AI system tasked with increasing energy efficiency at Google’s data centers. Two years later, an AI has been granted direct control over cooling these servers.

According to Google, this is the “first-of-its-kind cloud-based control system.” Every five minutes thousands of sensors throughout the data center issue and send readings to the cloud. Deep neural networks then work to “predict how different combinations of potential actions will affect future energy consumption.”

The AI system then identifies which actions will minimize the energy consumption while satisfying a robust set of safety constraints. Those actions are sent back to the data center, where the actions are verified by the local control system and then implemented.

This level of automation was something that human operators asked for to implement more granular actions at greater frequency and with fewer mistakes. 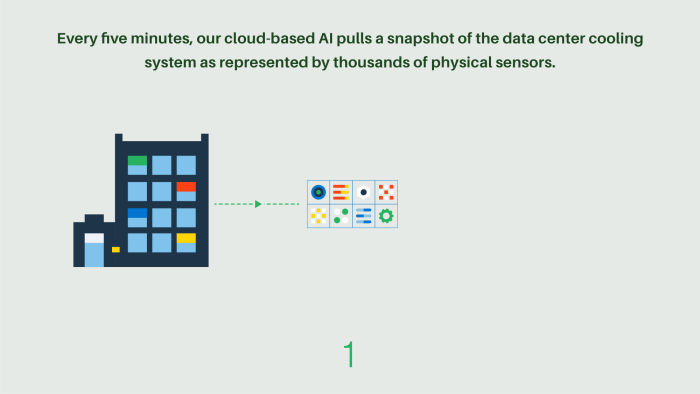 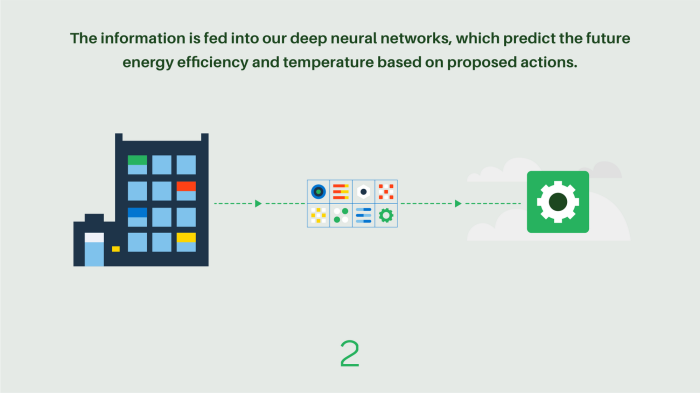 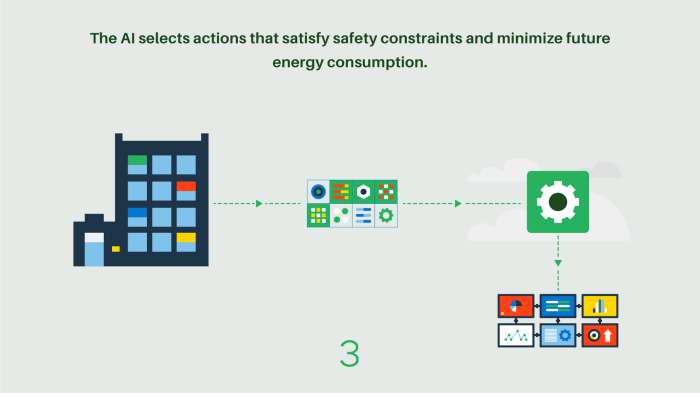 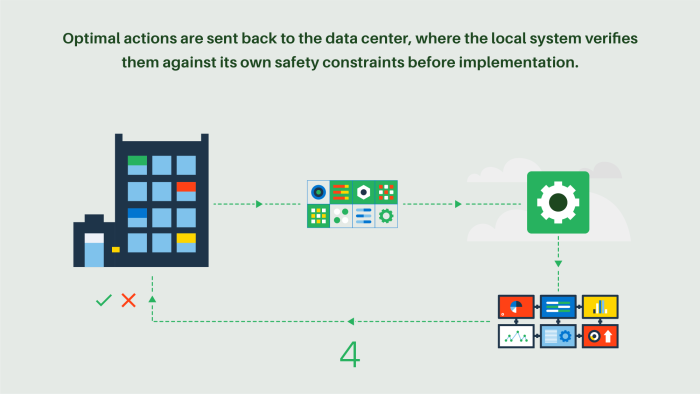 That verification is part of several steps that put safety and reliability first. Google notes eight specific mechanisms to “ensure the system will behave as intended at all times.”

Even before the two-layer verification, AI agents calculate the confidence of all actions with low scoring ones eliminated from consideration. The resulting ones are vetted against safety constraints in the cloud and then again by the local control system at the data center.

Lastly, data center operators are able to take control at any time:

Most importantly, our data center operators are always in control and can choose to exit AI control mode at any time. In these scenarios, the control system will transfer seamlessly from AI control to the on-site rules and heuristics that define the automation industry today. 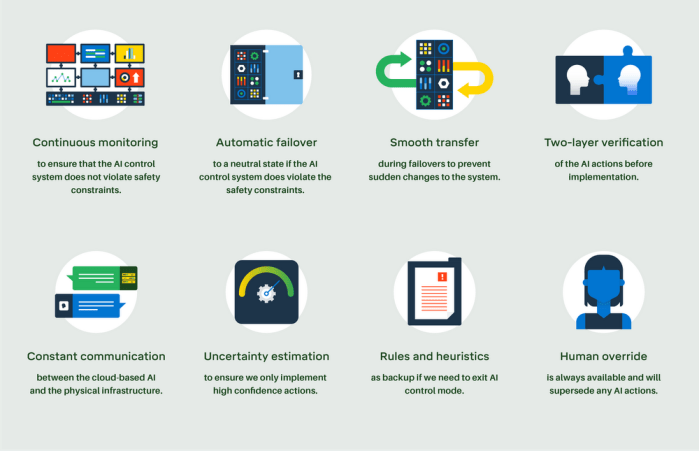 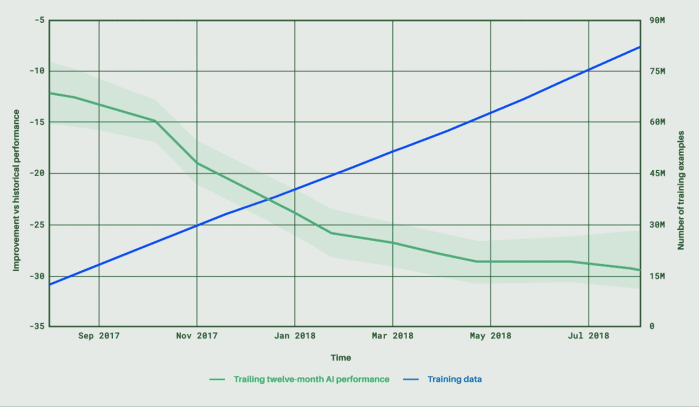 This graph plots AI performance over time relative to the historical baseline before AI control. Performance is measured by a common industry metric for cooling energy efficiency, kW/ton (or energy input per ton of cooling achieved). Over nine months, our AI control system performance increases from a 12 percent improvement (the initial launch of autonomous control) to around a 30 percent improvement.

In operation for the past several months, the system is delivering “consistent energy savings of around 30 percent on average.” Like all AI, it’s expected to improve over time. In the past two years, insights gained and taught to human operators include:

The AI system currently has control over a limited range of factors at the data center to “prioritize safety and reliability.” Over time, it will be given more oversight of cooling and result in greater energy savings.