Fabric shutting down next year as Crashlytics moves to Firebase 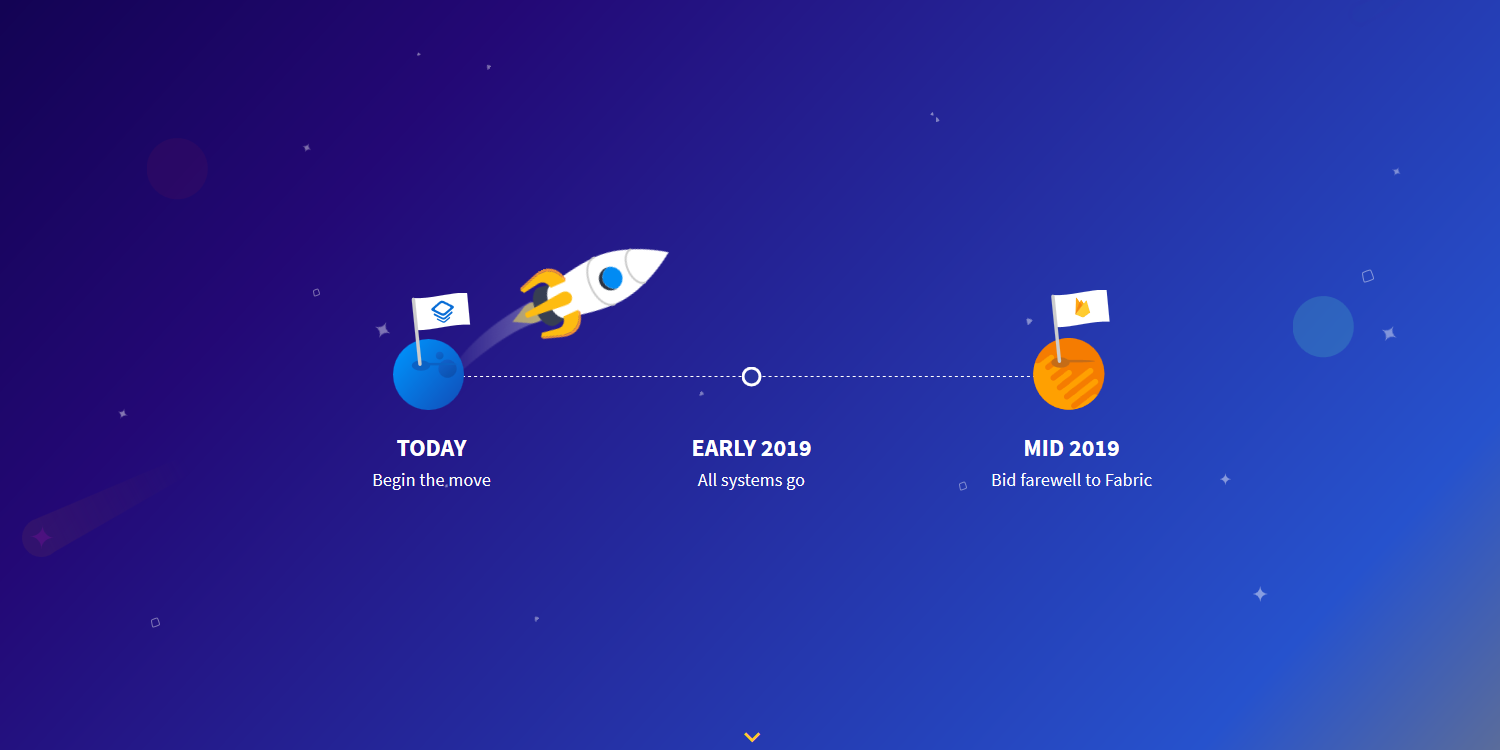 Early last year, it was announced that Google had acquired Fabric mobile developer tools, to complement the Firebase app development framework they had acquired in 2014. At that time, there was no action required by developers to continue using the service. Today, Fabric has released an official migration guide and roadmap including a shutdown estimate.

What we know of today as Fabric originally started out as just one killer service, Crashlytics. Twitter acquired it and added services to create Fabric, likely to compete with Firebase. While Firebase offered a Crash Reporting service, the Crashlytics core of Fabric was far superior. Thus when Google acquired Fabric, Crashlytics was swiftly brought into Firebase. As of last week, Crashlytics has now completely replaced Firebase Crash Reporting.

As seen on their official blog, Fabric’s roadmap for the migration has three main points, today, early 2019, and mid 2019. Today, developers using Crashlytics can now see their data in both Fabric and Firebase. By using Firebase, you’ll be able to take advantage of the new integrations announced last month, including Google BigQuery and Jira Software.

Early next year, Firebase will have a new version of Crashlytics ready for developers to implement in their apps, including new support for the Crashlytics Beta service that allows for simplified beta testing. Finally, sometime mid 2019, the Fabric SDK will cease to work in favor of developers exclusively using the Firebase SDK.

Firebase and Fabric have not yet announced a firm date for Fabric’s sunset, but both urge developers to prepare for the coming change using their migration guide.

We’ll continue to support Fabric until mid-2019, to give you plenty of time to migrate your apps and business to Firebase – but please plan your transition accordingly. To stay up to date on the migration, check out our roadmap periodically, which sheds light on which products we’ve implemented in Firebase and what’s next.