Google hosts an annual Playtime event to announce the latest Play Store features for Android developers. This year, Google Play Instant is adding support for premium and upcoming applications, while In-App Updates and a slew of other analytic features are coming.

For the past few months, Google has been pushing Instant Apps as a way of letting users try out applications without having to first download them. Google Play Instant is now available for paid and upcoming titles.

This allows potential buyers to first demo an app before purchasing or pre-registering to get notified when it launches. The “Try now” button is available to test on Looney Tunes World of Mayhem and Umiro.

Users will also benefit from a new In-App Updates feature that allows updates without having to close the application. Developers can either display a full screen experience that takes users from download to restart, or have the process occur in the background while providing progress notifications. This API is currently in early access and will be available over the next few months.

Other changes include allowing users to temporarily pause subscriptions instead of canceling outright. Developers will be able to send promotions to regain subscribers, with this functionality also in testing. 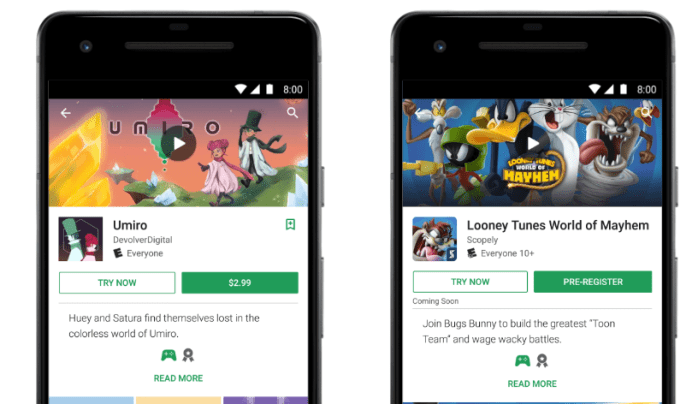 On the development front, the Play Console is adding new tools to analyze core metrics like cumulative data, 30-day rolling average metrics, and roll-ups for different time periods. This info can be downloaded as a CSV file for further analysis. Google is also linking pre-launch reports and Android Vitals.

On the Android App Bundles front, packages will now be 8% smaller on download and 16% smaller on devices running Android Marshmallow and above. No additional developer work is required thanks to support for uncompressed native libraries.

To encourage adoption of the new format, developers can now publish a single app bundle. In the past, they had to maintain both an instant-enabled bundle and a primary app bundle.

Now, you don’t have to maintain separate code. With the Android Studio 3.3 beta release, a developer can publish a single app bundle and classify it or a particular module to be instant enabled. The unified app bundle is the future of instant app experiences and we hope you will try it out. 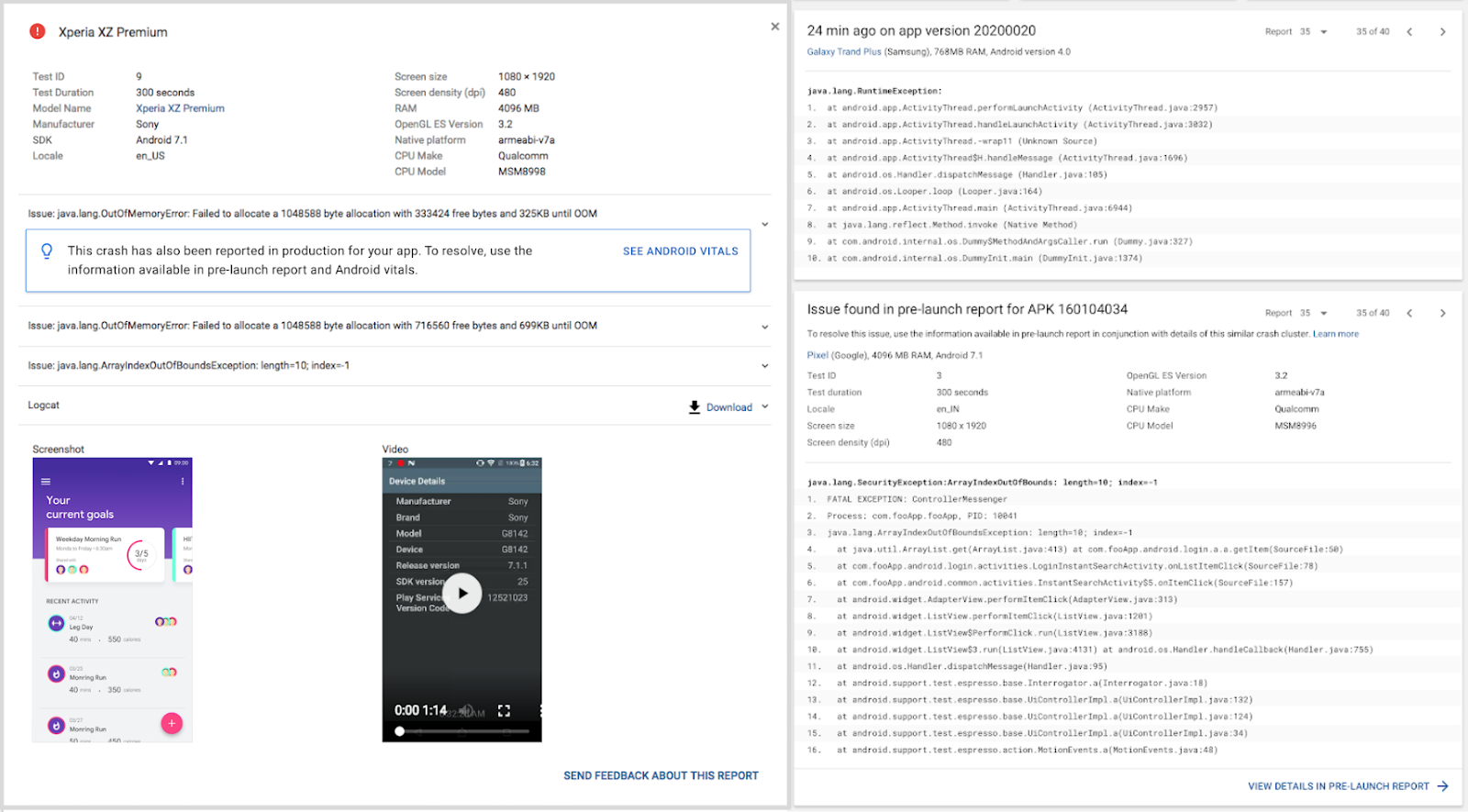