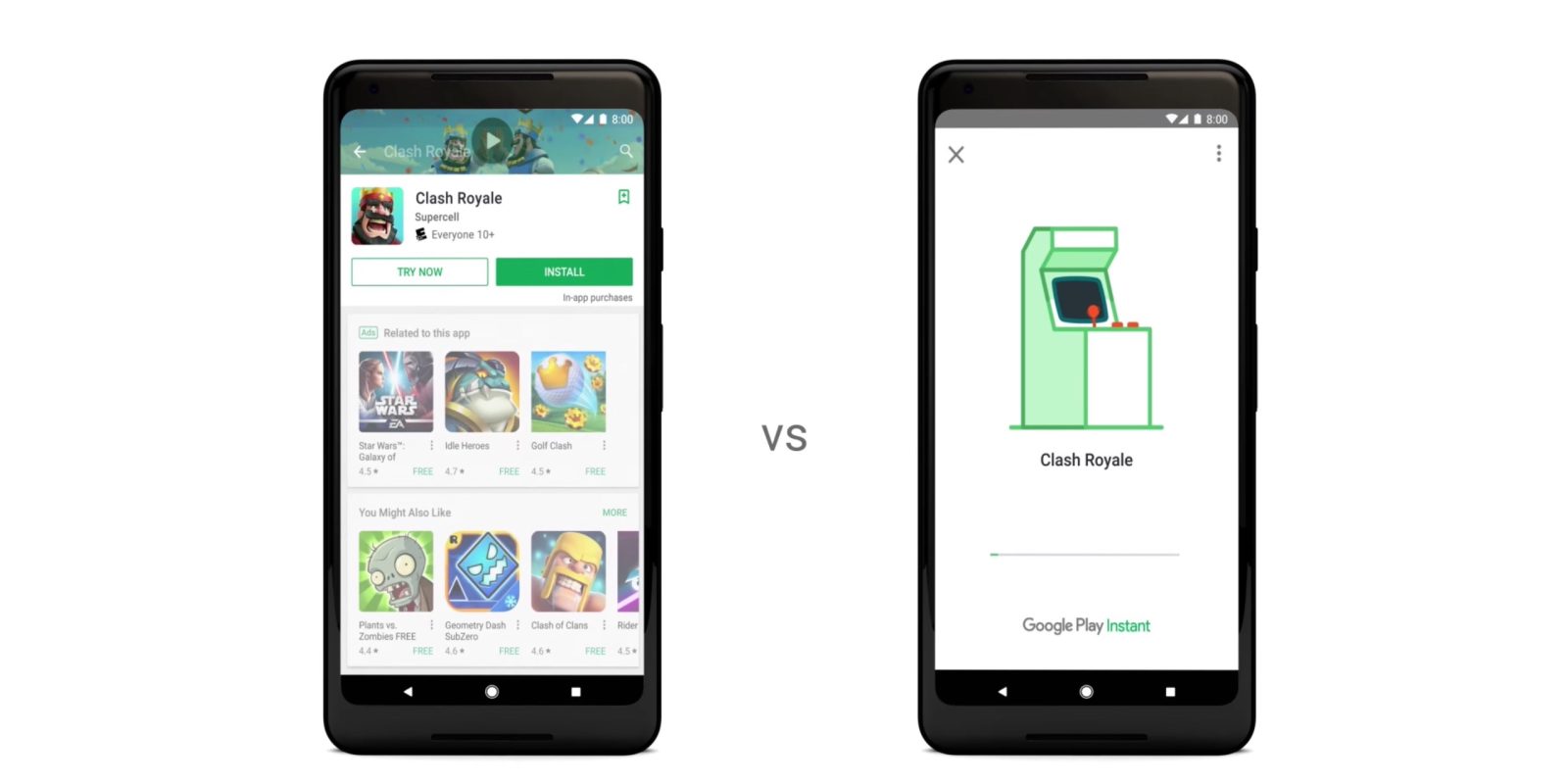 Ahead of the Game Developers Conference, Google announced new Maps APIs to allow developers to create more Pokemon Go-like augmented reality apps, as well as video ads for the Play Store. At its 2018 developer keynote, Google today unveiled an extension of Instant Apps aimed at games.

Google first introduced Instant Apps at I/O 2016 as a way to let you demo apps without needing to first install them. At GDC today, the company is expanding its efforts with games by introducing Google Play Instant for games.

With all the great games available on Google Play, we want to make discovery easier and remove friction during the install process. Installing and opening a game takes time and results in many players never getting to experience your game. We’re thrilled to announce that instant apps is now available for games.

Like with regular apps, Play Store listings feature a “Try Now” button next to the existing “Install.” A loading screen that features the name of the game and the new “Google Play Instant” branding will appear.

Users can demo this with Clash Royale, Words with Friends 2, Bubble Witch 3 Saga, and other games in the new Instant Gameplay collection or by visiting the “Arcade” section of Google Play Games. Currently a closed beta, Google Play Instant will be opened up later this year to more developers.

At GDC, Google is also updating the Play Console with a new internal testing track “to quickly test and iterate on new games and features”. This is in addition to the current alpha/beta and limited to 100 testers. Meanwhile, Demo Loops will help developers test games on live devices in the Test Lab.