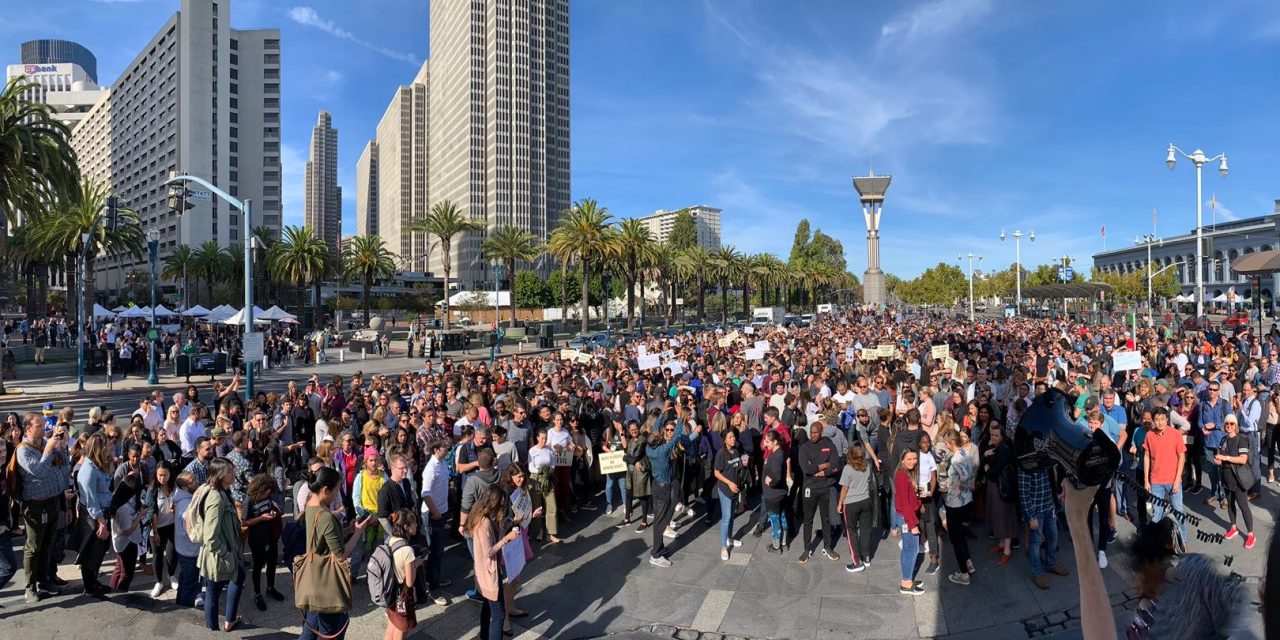 Yesterday, Googlers around the world staged a walkout to protest several issues that were catalyzed by an expose into the company’s handling of sexual misconduct. According to organizers, over 20,000 employees participated, with Sundar Pichai and leadership planning to address the demands for structural change, transparency, and accountability.

The movement was organized entirely in the span of a week following a New York Times report into Google shielding senior executives at the center of sexual misconduct scandals. According to organizers, more than 20,000 Google employees and contractors participated in the walkout.

Protest organizers say they were disgusted by the details of the recent article from The New York Times which provided the latest example of a culture of complicity, dismissiveness, and support for perpetrators in the face of sexual harassment, misconduct, and abuse of power. They framed the problem as part of a longstanding pattern in a toxic work culture further amplified by systemic racism.

The day before the event a report pegged the protestors at 1,500 Googlers. Meanwhile, the numbers have yet to be finalized with nine offices absent from the count, while more walkouts are planned in several European offices. A full list of offices around the world that participated is below.

Hundreds joined the #GoogleWalkout in Los Angeles this morning. pic.twitter.com/CTo3iMQ9ss

Five demands were laid out before the walkout on Thursday:

According to the organizers today, Google executives informed the group that CEO Sundar Pichai is meeting with his leadership team this coming Monday “to review a plan that would address the demands.”

#Googlewalkout #googlecampus Mountain View – Thanks to all the victims who shared their stories, hopefully this will be the start of REAL CHANGE and accountability ☹️ pic.twitter.com/hNWJxexkZz