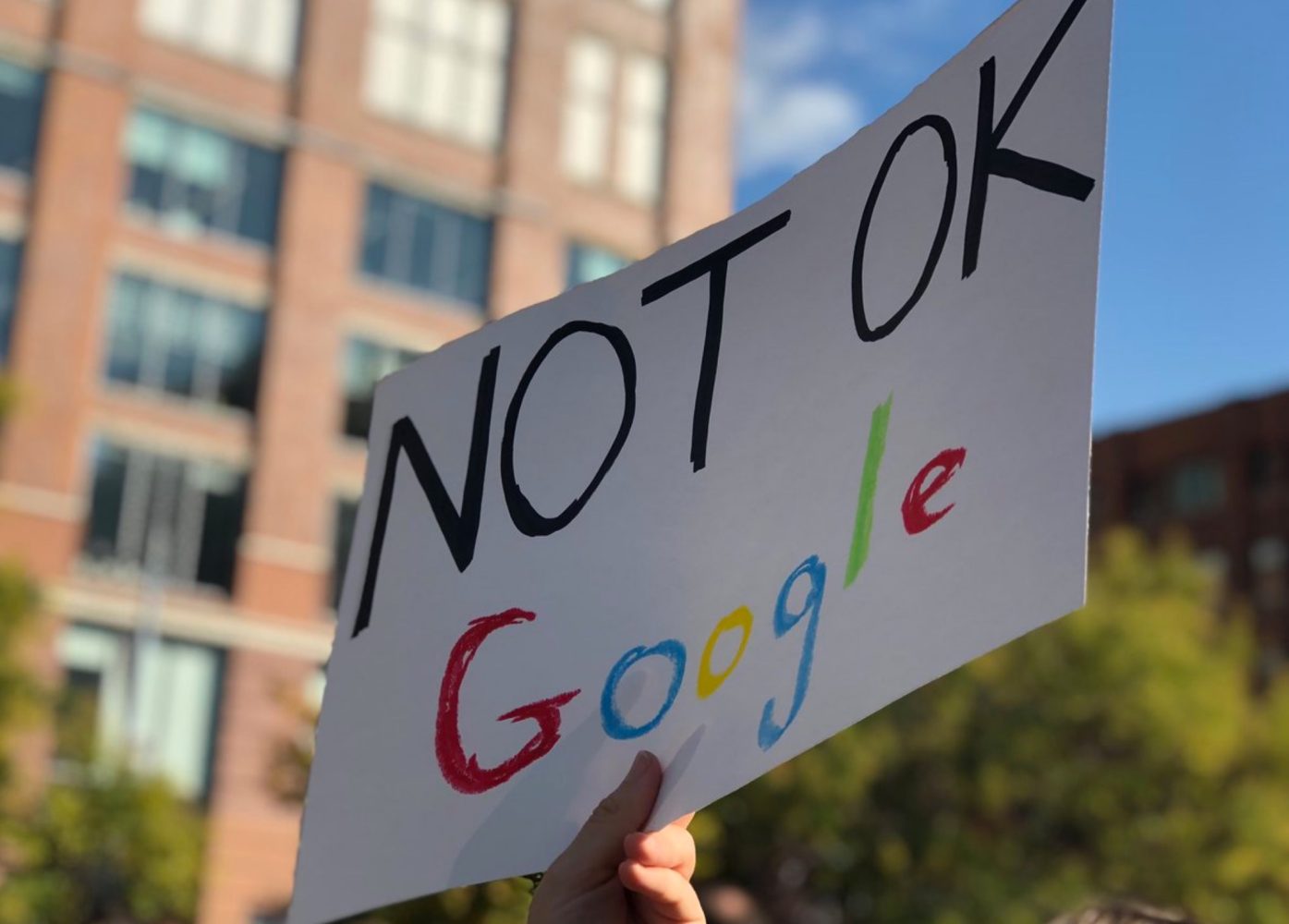 One week ago, The New York Times published an exposé into how Google handled sexual misconduct by high-ranking management. Android creator Andy Rubin was named as one executive who received a $90 million payout that obscured the reason for his departure. Sundar Pichai and Larry Page have since apologized, but employees today around the world are participating in a Google Walkout.

On November 1st at 11:10am local time, Google employees and contractors in over 40 offices around the world are participating in a walkout. They laid out five demands, with this entire activity organized in the span of a week.

According to the NYT yesterday, over 1,500 Googlers in over two dozen offices are participating, though images already show a higher turnout. As of Monday, this number was at around 200. Meanwhile, approximately 3,000 Googlers in the New York City offices participated.

Update: According to the organizers of yesterday’s Google Walkout, “nearly 17,000 employees from 40 global offices participated.” The final count might be higher as not all locations have been accounted for.

We crunched the data (because that's what Googlers do). Nearly 17,000 employees from 40 global offices participated in #GoogleWalkout, and we haven't finished counting all the offices yet… pic.twitter.com/xCOnQakH0A

While this “women’s walk” is a result of Google shielding upper management with payouts and praise upon their exit, it reflects a building employee consternation to a number of issues.

#GoogleWalkout 11/1 11:10am to protest sexual harassment, misconduct, lack of transparency, and a workplace that doesn’t work for everyone

Last week, Google highlighted that its policies have taken an “increasingly hard line on inappropriate conduct by people in positions of authority.”

in the last two years, 48 people have been terminated for sexual harassment, including 13 who were senior managers and above. None of these individuals received an exit package.

Sundar Pichai has repeatedly apologized and supports today’s walk, while Larry Page also voiced how he regretted his actions when he was CEO. Meanwhile, some of the new policies appear to be in action with the departure of X director Richard DeVaul with no exit package earlier this week.

#googlewalkout with chants saying "this is what it means to be Googley" pic.twitter.com/LrFlfeU4Sc

More pics from #GoogleWalkout at YouTube, with calls to end cover-ups and increase transparency! pic.twitter.com/383KE5X86c

Proud to participate in the #GoogleWalkout in solidarity with my colleagues, demanding change #timesup pic.twitter.com/d9iY0hFmLm

The Google NYC walkout has begun! There are lines to the packed stairwells — most have given up on packed elevators. #GoogleWalkout pic.twitter.com/4ywBpQxv6n

With Project Maven earlier this year, Googlers were upset that their technology and work would be applied to military applications, namely using machine learning to identify drone footage from the U.S. military. Internally, employees organized similar protests with the primary demand of ending the program.

Googlers won with Google Cloud not renewing the contract with the Department of Defense, while the company published AI Principles that dictate future usage of its technology in regards to commercial application.

More recently, there was a similar uproar over Project Dragonfly. Google’s rumored reentry into China with a censored Search engine that would meet the demands of the Chinese government. Other products like an AI news service are rumored, with Google wanting access to the billion user market to further growth. It comes as Google in 2010 took the principled stance of pulling out after it came to light that the Chinese government allegedly hacked into Gmail accounts of dissidents.

Sundar Pichai and others have repeatedly said it’s early days, but the project internally was shrouded in secrecy. Google has an open culture, but for Dragonfly many documents were off-limits. The current demands for more transparency also result from this.

There are now dozens of employees gathered. 2 minutes of silence being observed for victims of sexual harassment. #GoogleWalkout @statesman pic.twitter.com/UmenzukhQu

We’re approaching 11:10EST — first time zone to walk out of USA offices. We’re up to 47 offices participating worldwide today, including Atlanta, where this photo was taken. #GoogleWalkout pic.twitter.com/wApWY6vAvI

Here's one of four Google London sites coming out in support of our colleagues. #GoogleWalkout pic.twitter.com/SevBraiPrc

Very proud to participate in the #googlewalkout today showing solidarity with my colleagues, fighting for equality and demanding real change ! pic.twitter.com/QN5gzkigPr