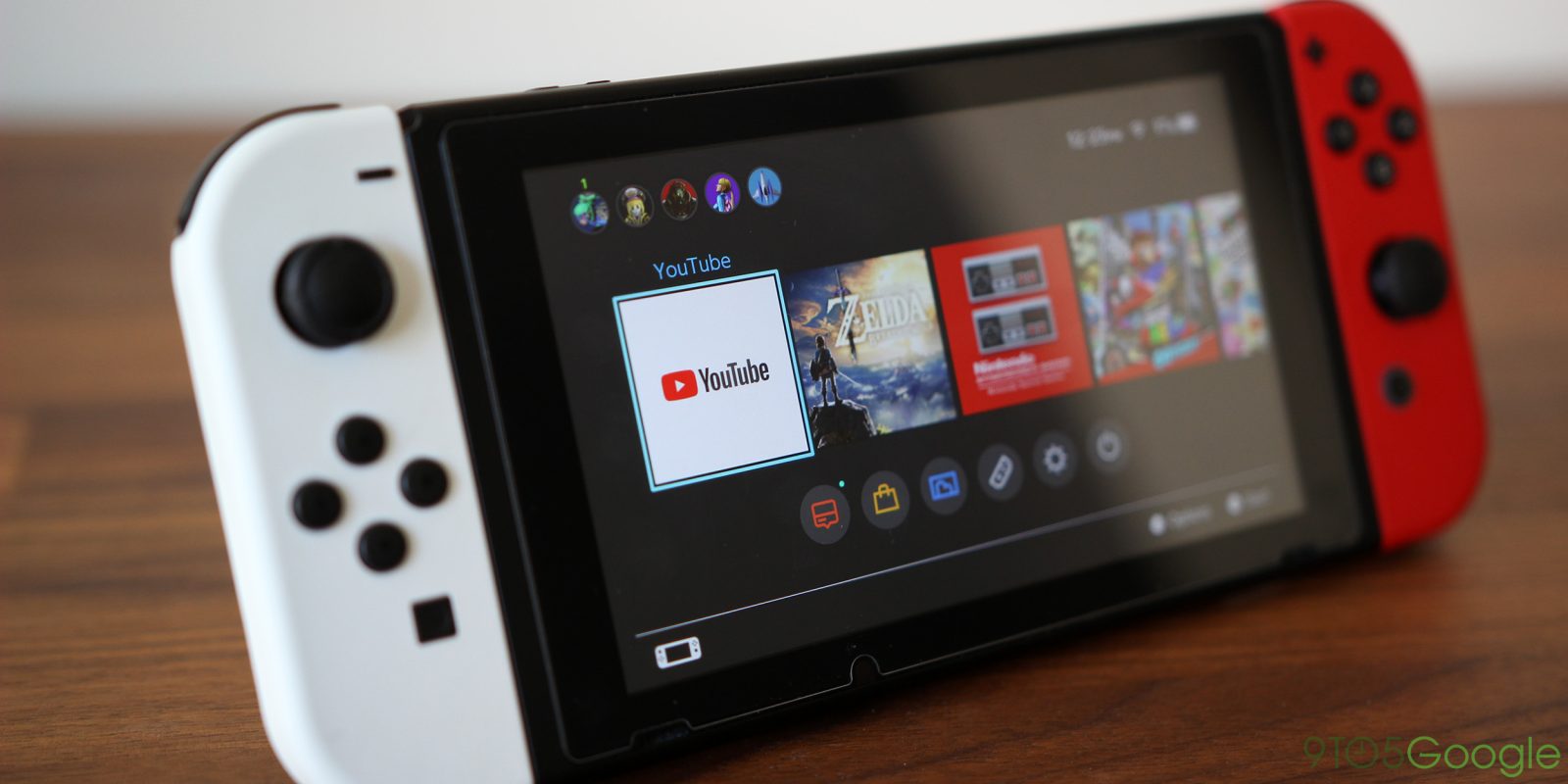 The Nintendo Switch has been a smashing success, but where games are landing left and right, video apps are a rarity. After Hulu’s debut last year, an official YouTube Nintendo Switch app has just been unveiled and it’s already available for download.

Last week 9to5Toys reported on the possibility of YouTube for Nintendo Switch arriving this week, and right on schedule, the app has arrived for all users. Live now on the eShop, all Switch owners can go and download the official YouTube app free of charge.

The app has the same interface as the app you’d find on other platforms such as Android TV. To that note, it also mainly relies on your Joy-Cons (or Pro Controller) to navigate. Touch is supported for starting playback on a video, but you can’t swipe. This shouldn’t come as much of a shock, as Hulu’s Switch app has a similar experience.

You can, of course, sign into your Google account for full access to your subscriptions, history, playlists, and even your purchased movies. This even works with the Movies Anywhere program, so you’ll be able to view most of your purchases from connected services such as Google Play Movies, VUDU, Amazon, and iTunes once the account is set up.

Of course, the YouTube Nintendo Switch app is limited to 720p on the Switch’s native screen with 1080p available through the HDMI dock. YouTube also tells The Verge that this app fully supports 360-degree videos with the right-side joystick being used for moving around within those videos.

YouTube is only the second video app on Nintendo Switch, but it certainly packs a punch with content from the video site itself, but also from your connected movie library. Hopefully, Netflix is next in line.